Inside the Pac-10: Bears Facing Trojan and Bruin Teams in Crisis Mode

Share All sharing options for: Inside the Pac-10: Bears Facing Trojan and Bruin Teams in Crisis Mode

As we get ready for a crucial two game home-stand against our Southern California bretheren, it seems more and more like these are games we have to win. Both programs are in deep turmoil; a loss to either team at Haas would reflect even worse than the inexplicable Oregon State defeats from last year.

Bruins Nation discusses the torrid state of UCLA hoops and how their support of their successful coach is wavering: "While we are supportive of Coach Howland, that doesn't make him immune to criticism.  We should remember that our loyalty and concern is for UCLA, first and foremost, not to any single player or coach.  After last season's effort, I had some private concerns of where our program would go without the original core of leadership (with DC, JS, and AA2 gone).  This year the program was turned over to a new generation, or so we thought.  This was the year that Malcolm Lee, Jerime Andersen, Drew Gordon, and J'mison Morgan were supposed to take over and lead the Bruins to continued success.  Nikola Dragovic, James Keefe, and Mike Roll were supposed to be the seasoned veterans, helping guide the youngsters just as Hollins, Ced, and Dijon did for Farmar, Afflalo, and Shipp. Obviously, that hasn't happened. Ultimately, Howland is the man responsible.  He's the head coach.  He's the boss.  He's the man we trust to be the caretaker of Coach Wooden's program.  He's the guy Guerrero is paying the big bucks too."

Conquest Chronicles is up in arms over the basketball sanctions and all the blame seems to be headed Mike Garrett's direction: "Popular sentiment right now suggests that Garrett should be the one to shoulder much of the blame. While it may be soon to jump to conclusions regarding Garrett's responsibility in this whole mess, the complaints are certainly more than reasonable.

During his address, Garrett referenced Rodney Guillory in regards to his "bringing" O.J. Mayo to USC. But as it has been stated on several occasions, Garrett knew exactly who Guillory was from his prior interactions with the athletic department at ‘SC. This was the exact same Guillory, who was responsible in the NCAA's suspension of former USC basketball player Jeff Trepagnier for one-third of the 2000-2001 season after Guillory had purchased airfare for him. So with such prior knowledge why did he allow Guillory become a USC booster and let Tim Floyd allow him access to the basketball offices? In doing so, Garrett turned a blind eye and allowed the infractions to take place that were sure to come. Bad Apples like Guillory don't change. They do not become benevolent over night. They are in it for one thing and one thing only.

But assuming Garrett knew what was going on, why then did it take him and administrators 18 months to come to this conclusion? Wouldn't such violations have been obvious almost immediately? I don't have an answer for you. I don't work in the USC athletic department or have inside access. Thus, I have no idea what why Garrett and others acted they way they did in the post-Louis Johnson allegations period."

More from around the Pac-10 after the jump, including surprising success by the Ducks and a terrible call leaving Cougars fans fuming.

Addicted to Quack called for Ernie Kent to be fired after a weak non-conference start. A sweep of the Washington schools on the road has him reconsidering: "Wow. Didn't see that start to conference play coming.  But if improvement continues to come at this rate with this team, my calls for Ernie's removal could ultimately prove premature.  Malcolm Armstead my just already be one of the best point guards in the Pac-10.  Michael Dunigan is the post presence we have always wanted.  And Tajuan Porter is the TP of three years ago.

The Ducks got off to a bit of a slow start, but turned the switch with strong defensive play.  The were able play a great mix of zone and man, confusing the UW offense as to where the defensive coverage was coming from.  The Ducks controlled the paint, led by another great effort from Dunigan, who is blossoming this year, and committed only six turnovers on the game.  The was about the Ducks beating a top-25 team on the road by out executing them on the defensive end and in the halfcourt offense, and it was such a refreshing sight to see."

On the other side, UW Dawg Pound reflects: "While I’m disappointed in the loss, let’s not forget the fact that the Ducks are very talented. Last year’s mess of a season was mostly about the youth of that squad and Kent’s deficiencies as a coach, but they were clearly talented and they appear to be "getting it" in the last few games. I figured them for a dark horse this season in the Pac-10, and they showed why yesterday. The conference is wide-open this year, and the Huskies aren’t talented enough to coast to a repeat – if they don’t bring great effort and court smarts, they’re going to lose. This isn’t the pre-season schedule – they can’t out-talent their opponents any more."

Coug Center suffered a tough loss to Oregon too on a dubious call, but rebounded to beat Oregon State: "The defense has improved as well. At times. You'll have to forgive me for bashing the 2-3 zone in the gamethread - I had to miss the first half due to work - and did not realize that it was effective in shutting down the poor perimeter-shooting Beavers in the first half. However, in the second half, the Cougars were failing to close out on shooters and OSU came right back. Bone went to the man-to-man to finish out the game, and sure enough it was a defensive play (a taken charge) that helped the Cougars seal the deal after relinquishing a nine point lead. It's been a tough transition at times from the Bennett defensive philosophy to the Bone one. Tonight's game gives us some hope that success may be just around the corner."

At least one good thing came from the Oregon-Wazzu finish: This HILLLLARIOUS piece on Pac-10 officiating.

Building the Dam, coming off a tough 0-2 road trip, had this to say about Pac-10 parity: "Everyone, for the most part, is near or on the same level. Unlike previous years, this conference isn't stacked full of peaking NBA draft prospects. There's no James Harden, Jeff Pendergraph, Jon Brockman, Chase Budinger, Taj Gibson, Demar DeRozen, Darren Collison, Jrue Holiday, or Jordan Hill. They're gone. It's not that the Pac-10 doesn't have talent this year, it seems that everyone is playing on the most level playing field we've seen in years. Sure, Cal and Washington seem to be a cut above the rest, but it's clear that they're going to face tough challenges this year. After the first weekend of play, two teams who found themselves in the bottom half of the Pac-10 Media Poll now lead the conference-- Oregon and USC."

House of Sparky probably had the toughest weekend with two weak showings in LA against the Bruins and the Trojans: "In reality, ASU is a decent team with glaring holes, mainly in the middle. Without a quality big, the zone can be penetrated and dismantled by good teams. With that in mind, will the Sun Devils be able to keep up with the rigor of the Pac-10 schedule, or will they fall back into mediocrity against these athletic squads?" (So far, the answer seems to be that last thing).

Arizona Desert Swarm talks about their blowout win of the Bruins: "Saturday's game - the Cats came out inspired and it showed.  The defensive presence that had manifested itself too late in the USC game was evident from the beginning of this game.  The Cats blocked out, challenged shots, rebounded effectively.  By the time of the first TV timeout, the Cats were looking like a team that knew its game plan and were determined to execute it.  Kudos to both the Coach and the team.  Fewer turnovers, better shot selection and they played aggressively on both ends of the floor for a sustained effort and as a result, got their first road victory.  The team looked like they were having fun for the first time this year.  Congrats to Kyle Fogg on his career high and helping to be the impetus to drive both the defense and offence.  Brandon Lavender even netted his first three since anyone can remember."

For those who care about Cardinal reaction, here's a photo of what they think. 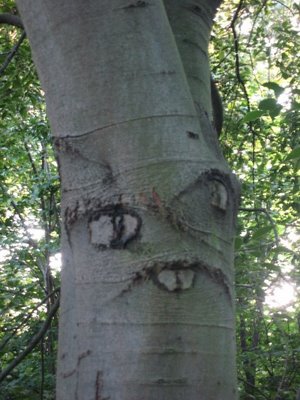