There's no place like home.  After 6 games and 37 days, the Bears returned to Haas and finished the weekend 2-0.  Last week I made an appeal that despite Cal's 0-3 conference start and sub-.500 record the Bears are a team that's exciting, both now and in the future.  The Bears backed up my argument with two solid performances that just might turn the season around.  And they did it with contributions from players that weren't playing huge roles in previous weeks.  In case you were too busy listening to Jerome Randle drop 39 on the Cougars, check out these highlights of the women escaping with a W against the Huskies:

Hit the jump and read all of the insights of a man who saw zero live minutes of gametime!

I was out of state for both games this week and had to piece together Cal's performance from online highlights and 1st person descriptions from CGB's excellent game thread comments.  (sidenote:  I'm this close to ending my Comcast cable until they fix my On Demand or give me a significant rebate.  The service works about 4 weeks of the year and is preventing me from rewatching the UW game).  What seemed clear was that Cal's improved performance was in large part on the defensive end.  Against UCLA and USC the Bears lost their defensive intensity in the 2nd half and saw leads disappear in a barrage of made baskets.  Against UW Cal's defense actually improved in the 2nd half and carried Cal to victory on a day when the offense struggled.  Against WSU Cal slowed the Cougar's 3 point shooting (only one 3 pointer in the 2nd half after 6 in the 1st half) and Lexi carried the offense to victory.

Cal just doesn't yet have an offense they can rely on, so the easiest way they can make a Pac-10 charge will be by preventing the other team from scoring.  Can Cal continue their solid defensive play?  The next team on the schedule will provide the toughest test they can get.  Check out the 'What's Next' section below for a quick preview.

-More minutes for Heater and Greif.  Despite losing Rama N'Diaye to a season ending knee injury and Tierra Rogers to a heart condition, Cal can easily play 9 deep.  It's nice that Lexi doesn't have to play 35+ minutes per game.

-8 assists from Pierre on a team that struggles to pile them up.  Signs of good passing and ball movement will be welcome news for a team still gelling on offense.

-Team rebounding.  6 players getting between 8 and 13 rebounds is excellent, and that type of versatility and depth will make it difficult for most teams to best Cal on the boards.

-Still too many turnovers, although there was a significant improvement from the LA road trip.  The decrease is probably a combination of better play and weaker defenses in UW and WSU.  Hopefully the trend will continue.

-Outside of Lexi, Cal's shooting troubles continued.  There's not much to say about it at this point.  Cal is a team that will depend on their rebounding and defense to create more chances and I'm not anticipating a huge change.  But I'll be happy to be proven wrong!

Player of the Game vs. Washington:  Eliza Pierre, guard 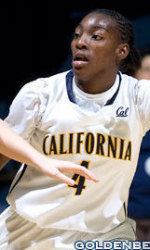 Eliza has already flashed her potential as a defender, getting a start vs. USC to try to harass the Trojan's talented backcourt.  But she showed Cal fans her true abilities with a performance against Washington that showed up all over the stats sheet.  She finished with 7 points, 5 rebounds, 3 assists, and 6(!) steals.  Perhaps most impressively, no Huskie guards finished with more than 2 made FGs.  I'll quote liberally from those who watched the game in its entirety (CalBear81, Q McCall, and CBKWit respectively):

Eliza Pierre has looked especially good. Sort of a women’s version of Jorge Gutierrez — really aggressive defense and a whole bunch of steals

Offensively, she looked far from intimidated tonight — she showed that she can do a little bit of everything on offense, from getting to the basket, setting up teammates, and running point.

Pierre is an absolute menace on defense and her offense is coming along as she gets more confidence. She is a ton of fun to watch

Player of the Game vs. Washington St.:  Gennifer Brandon, forward 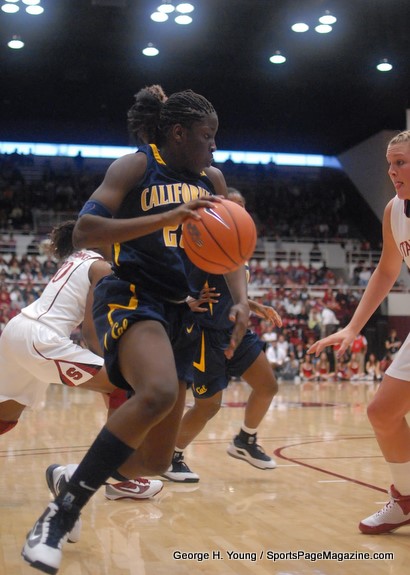 (More on another scoring outburst from Lexi below)

The advantage of having a bunch of freshman capable of playing significant minutes is that Joanne Boyle has the flexibility to play the hot hand or exploit a certain matchup.  In the prior three games Brandon only got 12 minutes a game - against WSU she played 19 minutes and was Cal's second leading scorer and rebounder.  That's how you take advantage of your minutes and get established as a freshman.  CBKWit describes Brandon's effort:

Brandon was the best big for us. She is the thinnest and springiest (Jay John would say bounciest) of the four frosh bigs. She can jump and bring down boards that our other bigs can’t – they rely on their girth to box out. Brandon also turned in some clutch shots, one as the shot clock expired late in the game.

Also of note:  Four different freshman have earned the 'player of the game' title over the last 4 games.  That's exactly the type of progress we were hoping for this season. 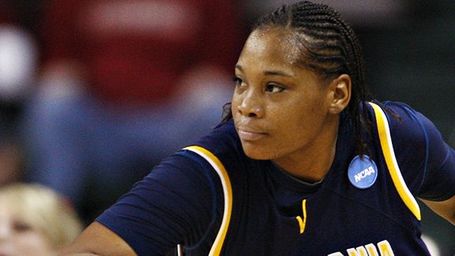 I may have to rename this award after Lexi.  Clearly, she's going to take the majority of the shots every game.  What's seemed clear to me is that as the entire team has learned to play with each other, Lexi has been able to better control games.  In the beginning of the season she seemed to be pressing, trying to dominate the game.  Her ability and desire were never in doubt, but perhaps carrying the burden on a young, developing team would be too tall a task.  As the Bears gradually gel on offense, Lexi's performances have become more impressive.

Her averages for the last 4 games?  22 points on 48.5% shooting (compared to her season averages of 16 points on 38% shooting).  That's an impressive shooting percentage for a guard that's the clear number one option for the Bears and defensive focus for their opponents.  Even better?  Only 3 total turnovers on the week!

If Cal finds a way to sweep in Oregon, they will find themselves in an impressive position:  4-3 in the conferece, and likely tied for fourth with a 4 game home stand in front of them.  That's a lofty position to be in after an 0-3 start.  But getting their will not be easy.  Oregon is shooting for 2nd place in the Pac-10, and when I say shooting I mean that in the literal, basketball sense - they're riding the most frenetic, up-tempo offense in the nation.  Oregon has only lost one home game, by one point to a solid Wisconsin team, and they'll be motivated to bounce back after two tough setbacks in Arizona.

We'll look closer at the Ducks and the struggling Beavers on game day.  For now, here's to hoping the Bears add to their win streak, and more importantly, continue to show development on a team and individual player basis.  Go Bears!