Consider this your open thread for tonight's action. Not sure how many people will be watching the early games, but we expect there to be a pretty full crowd for the late nightcap.

First though, Eating the Enemy returns! Here's a recipe you can cook and enjoy while sitting back and watching tonight's action.

After the jump, we have some brief reading you can do to brush up on Oregon-Boise State. 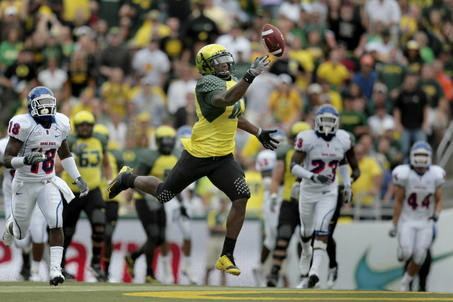 Throughout 2009, we'll be tracking the games that matter the most to Cal fans, i.e. the opponents of Cal. All college football games are of course important and dear to us (except for South Carolina-North Carolina State, that game can go straight to hell), but we'll be competing with nine of our opponents for the Pac-10 crown, and there's a good chance our two big OOC opponents will be worth watching, in case we decide to go to bed.

This one came a little too quickly though, so I'll just give you the thoughts around the college football blogosphere about this game.

Feel free to let loose in the comments section with predictions before we get ready. If anything, I lean Boise, but only slightly. This one, I'm just sitting back and enjoying. If you are truly a degenerate tonight, I like Utah State +20.5 a lot. Enjoy this, the rest of you!