Searching For The Positives In A Haystack Of Negativity

Share All sharing options for: Searching For The Positives In A Haystack Of Negativity

I've had a lot of negative thoughts regarding the Cal Bears since Saturday's 42-3 debacle in Autzen Stadium.  My guess is, so has everyone else with at least a slight rooting interest in our Bears.  It would be only too easy to start listing off the things that went wrong on Saturday, but I'm not going to do that.  Frankly, I don't see the point.  I don't want to go back and watch the game again, and I'll leave it to the players and coaches to figure out what went wrong and how to fix it.  Moreover, pointing out mistakes is like finding corn in Iowa -- it's an exhaustive effort that, frankly, isn't even that interesting. 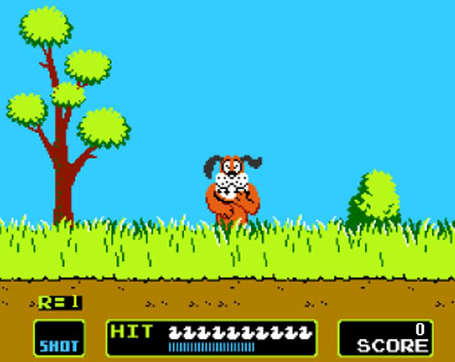 Nothing?!  We didn't hit anything?!?  This zapper must be broken; we should get a new one.  -  Image via i154.photobucket.com

So, instead, I'll list whatever positives I can identify from last weekend's game.  Because I'm a positive person.  And five days from now, we get USC in our house.  I'm not ready to give up on this year yet; there plenty of season left to play, and the Pac-10 title still VERY much up-for-grabs.

- First off, it's only one loss.  A disenheartening, bubble-bursting loss, perhaps, but still just one mark in the loss column.  I can't think of many people who thought the Bears would run through the Pac-10 unscathed, and I certainly didn't count myself among them.  Moreover, the loss didn't come against USC, who still looks vulnerable, and the Bears get the Trojans at home this year.  Perhaps this loss came at the perfect time -- resetting the focus for the Bears while allowing USC to relax some heading up to Berkeley.

- The kicking game looked a lot better than it has all season.  Vince D'Amato only kicked off twice, but one went in the end zone, and while the other only made it to the 9, it was well covered, and the Ducks would have started inside their 25 had they not fumbled it away instead.  And that 47-yard field goal D'Amato nailed looked good!  I haven't seen that out of the Bears much in years.  The 43-yarder that missed didn't miss wide by much, and the form and distance looked good.

- The Riley-Best fumbled snap was the offense's first -- and so far, only -- turnover of the season.  Riley still hasn't thrown an interception yet this year, although he got lucky again this week when an Oregon defensive back dropped a pass thrown right at him.

- Excepting the fumble and a bizarrely terrible 5-yard punt from Bryan Anger, the Bears left the Ducks with mediocre-at-best field position all day, forcing them to drive most of the length of the field to score.  7 of their first 9 possessions began inside their own 30. 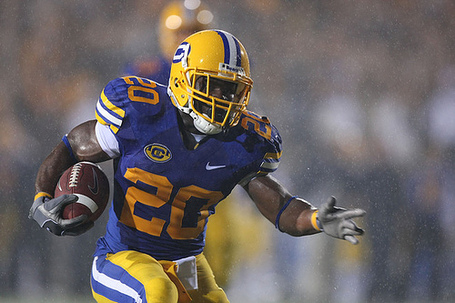 Our throwback unis are totally way more awesome than Oregon's.  -  Image via www.joeroth12.com

- No punches thrown.  No flared tempers, no embarrassing clips of bad behaviour shown endlessly on SportsCenter.  The personal foul on Verran Tucker was disappointing, however, negating the pass interference call he drew, and leaving the Bears on the Oregon 29 instead of the 14.  They were only down 8 at that point, and even if Cal still doesn't score a touchdown, perhaps D'Amato nails a 28-yard field goal instead of missing a 43-yarder, and the Bears get a bit of momentum only down 11-6.

- No major injuries that I'm aware of.  At least we have our health.

- The defense wasn't completely awful.  Yes, giving up 42 points is bad, but they were given literally no help from the offense.  They did manage to stop the Oregon offense from time to time, but not quite consistently enough.  Using the success rate formula I talked about a few weeks ago, we find that Oregon was successful on less than half of the plays they ran (42 of 86), which isn't great, but isn't terrible.  Allowing Oregon to twice convert 4th and 4 sure didn't help.  The defense managed to get Oregon into plenty of 2nd- and 3rd- and long situations; they just couldn't hold them there.  I counted 28 plays that the Ducks ran from 2nd and 6 or longer, 3rd and 6 or longer, or 4th down.  Of those, the Ducks picked up the first down 15 times, twice drew the Bears offsides to get into a short-yardage situation, and once fumbled, but managed to force the recoverer, Cal's Josh Hill, to fumble himself, resulting in a 16-yard gain for the Ducks.  Overall, I counted 33 of 84 non-field goal plays by the Ducks that gained 2 yards or fewer, including 11 that lost yardage.  The Bears were in the Ducks' backfield pretty often, but far too often they gave it up on the very next play, often missing a tackle that allowed a medium gain to turn into a big one.

In no way to I mean to suggest that the defense was acceptable on Saturday.  However, I do feel that they were only a few plays from being able to keep the score respectable well into the second half, which is more than I can say for the offense.

- We don't have to play any more games in Autzen Stadium this year.  I anticipate the Rose Bowl will be much quieter when we play UCLA in a few weeks.

- At least I didn't waste my money and my weekend making the trek to Eugene.  I'm sorry to all who did.  Perhaps you should expense your trip and get Tedford to write you a refund check.

- Those first three games of the season still happened; they weren't flukes.  Jahvid Best is still killer in space, our defense still has the ability to make big plays, and Riley-to-Tucker or Jones still has game-changing potential.  I don't know everything that went wrong in Oregon, but I'm strongly convinced that Saturday's performance was as bad as it gets, and in no way a representative example of what to expect going forward.  The Bears may not beat down many Pac-10 opponents as soundly as they put away Maryland, but I don't expect them to ever again this year to be as non-competitive at they were in Oregon.

- Finally, for some historical perspective, I'd like to recall the 1999 season, in which the Pac-10 featured a number of good teams, but no great ones.  That year, Stanfurd began the season by losing 69-17 at Texas, yet managed to pick themselves up afterwards, eventually earning a Rose Bowl berth.  How many of you remembered that?  How many Stanfurd fans even remember that?  One blowout loss does not define a season.