EDIT: Breaking News--There's been announcements about the starting kickers. Yes, plural. Click after the jump and scroll down to find out who.

After 247 days of wandering through the deserts of the offseason, a lone HydroTechnician appears in the distance.  That's right my friends, your thirst will soon be quenched.  College football kicks off tomorrow!  Come Saturday it will rain glorious touchdowns and 75+ yard punts and kickoffs that land in the endzone (right, Giorgio?).    Today we look at some insights from Tedford at yesterday's media day as well as his change in philosophy on rankings, the challenges of studying for Maryland's defense, an informative Q+A exchange between Maryland and Cal beat writers, and more.

Don't forget to join the CGB pick 'em league! Spend five minutes each week making your picks and enjoy a lifetime of gloating if you finish higher than Twist.

Go vote in the CGB Hall of Fame Wild Card.  It's a tight race between Joe Roth and Aaron Rodgers for the final spot in the Hall of Fame.  Cal Band's has a wide variety of goodies up for auction.  Check it out and remember that all profits go towards the band. 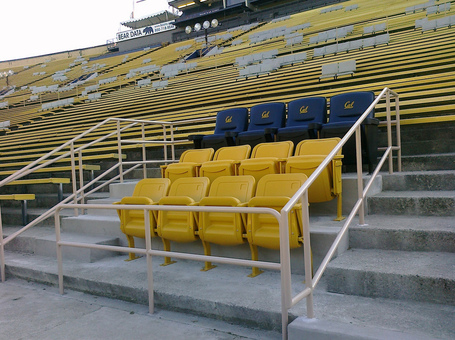 Now, the breaking news: GreyBear broke it, Okanes confirmed it.