Q+A with The Daily Gopher 2: The Two Towers

Share All sharing options for: Q+A with The Daily Gopher 2: The Two Towers

Lo those many moons ago, we had a Q+A with The Daily Gopher, our Minnesota SBN brethren.  It was critically acclaimed.  Millions tuned in around the world to see this history being made.

Well, we've decided to do the sequel to our award eligible interview and do it now!  We picked this week randomly by reading runes out of a top hat.  Man do I hope it works out!

1) What type of offense have you guys run the first two games of the season? From what I saw, it seemed like a traditional Big Ten power offensive set.

We have run a second half offense.  Both games has seen a very slow start to the game offensively but it picked up dramatically in both second halves and got into a rhythm.  Formationally we run a typical pro-style offense and the intent was to establish a power running game to go along with our more dangerous weapons in the passing game.  Unfortunately either due to lack or execution or lack of a willingness to stick to it, the ground game has been rather disappointing.  Through the air it is no surprise that you have to stop #7, Eric Decker.  He will get open and he will catch whatever is thrown his way and he will get the ball thrown his way on the vast majority of passes thrown.  Adam Weber is usually a very reliable and accurate passer, but his biggest weakness has been his insistence on playing Buddy-Ball to his buddy, #7.

1b) What type of defense has Coach Cosgrove had you guys run the first two games of the season? Is it still as confusing as it looked in the offseason?

The defense is basically the exact same thing as a year ago.  Cosgrove came in as co-defensive coordinator and inherited a defense that was bringing virtually everybody back, so the plan all along was to keep things as similar to 2008 as possible.  We run a 4-3, we are strong at DT and LB as those guys have done a nice job against the run through two games.  The secondary has a couple solid corners and then the safeties so far have been better against the run than the pass but they haven't been tested all that much yet. 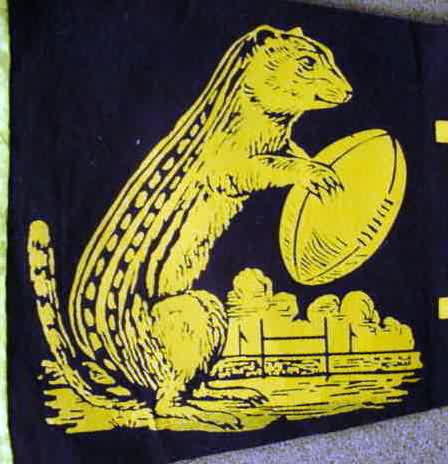 
2) Dude, Syracuse took you to overtime. Syracuse traditionally has, well, sucked. Greg Paulus was a poster boy ACC swingmen a year ago. What happened there?

Don't count out Syracuse.  They have some players, they were not as bad as their record indicated last year and they'll win some games this year.  With all of that said our offense was just plain awful that game.  As I mentioned above Adam Weber is typically very accurate (top 3 in school history for attempts and #1 in completion %), but he was missing open receivers all over the place through three quarters.  He was throwing behind guys, at their feet anywhere except where they could catch it.  This inaccuracy coupled with the lack of commitment to a run game that was working really caused the offense to stumble.  We led 14-3 very early and had the offense been in rhythm it could have gotten out of hand quickly.  Fortunately the defense stepped up big time holding Syracuse to 0 second half points and the offense got it together in the 4th quarter.  First game adjusting to the new offense is my excuse and I'll keep it for now.

3) How do you feel Minnesota performed against Air Force's 3-4? Were they ready to handle the alignment?

I didn't see any issues with adjusting to the 3-4.  The offense took a couple quarters to get going again but I think they handled the 3-4 just fine.  I think this was very fortunate to get to see Air Force's 3-4 the week prior to Cal so this will not be a foreign concept.  In fact they'll have 2 weeks to prepare for Cal's defense.

4) Based on what you've seen of each team, what do you feel will be the weaknesses the Gophers will try to cover up against Cal? Where do you feel they can exploit the Bears?

The weakness will really just be the overall talent level.  Minnesota is improving and I like the pieces of our puzzle, but Cal is currently at another level.  If you want a specific match-up I would say the thing that concerns me the most is the Cal defensive line against the Gopher OL.  If the Gopher line can give Weber some time and if they can some holes opened up I really think we'll be able to score.  Not at will, but we'll be able to move the ball and get into the upper 20s barring mistakes. 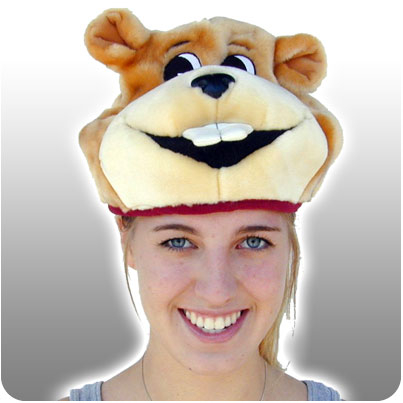 I don't know if there is any area that we can truly exploit.  I am really excited to see our run defense against Best.  He will likely be the best back we'll see all year and this is obviously a serious strength for the Bears, but I also think run defense is a strength of this Gopher defense so I'll be interested to see how they hold up against a run game like Cal's.

5) Any final tips you have for traveling Cal fans to Minneapolis?

Um wear gold.  Enjoy our new stadium, it is pretty sweet and something that we have very quickly become proud of.

Thanks to the Daily Gopher for their helps with these questions!

And for ease of reading, here is the interview from lo those many months ago reprinted:

Offensively the Gophers are trying to change their stripes.  For the last two seasons we have had the Mike Dunbar spread offense (which fans should be familiar with).  This achieved moderate success through the air but for various reasons it was a disaster on the ground.  So Coach Dunbar is no longer on staff, a run game coordinator was hired away from and a shiny new offensive coordinator was hired from the NFL.  What exactly we will be running is a bit unclear but we will likely be running.  OC-Jedd Fisch has no hands on experience as an offensive coordinator so what his offense will look like is a mystery but he has had success in the NFL at developing receivers and was intimately close to the Denver Bronco's run game.  He has received high praise from his former bosses (Mike Shannahan and Brian Billick) and I for one am excited to see what he brings. 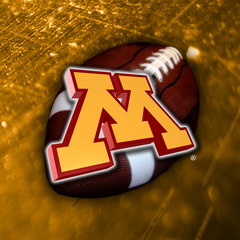 Defensively I wish I could say we at least know what we'll be getting here, but the Gophers have a habit of bringing in a new DC every season just to keep things fresh.  This new hire comes back to the defensive booth after a year off.  Prior to his year off Coach Cosgrove was the defensive coordinator for .  His tenure there was dubious and if you mention his name to a Husker fan, you may want to stay outside of arms reach.  Cosgrove is technically a co-defensive coordinator along with coach Cross who has been on staff since Brewster's first season in 2007.  So I do not know exactly what type of defense we will see on the field in 2009.  The level of aggresivness and the frequency of nickle or even 3-4 packages is a mystery.  What I do know is that we return 8 or 9 starters (depending on the academic status of one) and this should be good defense, improving on what was a solid 2008 defense.

2.  Does the coach like to run or pass the ball more?

I can't answer that, but I do know many offseason changes were made with the intent of re-establishing a power-run game.  Will we run the ball with great success? I don't know, but they will certainly try.  But you can't forget the passing game, especially when our most talented players on offense are the QB and WR.

3.  Your team is returning many of its starters; how much do you believe that depth will translate into better on-field production in 2008? 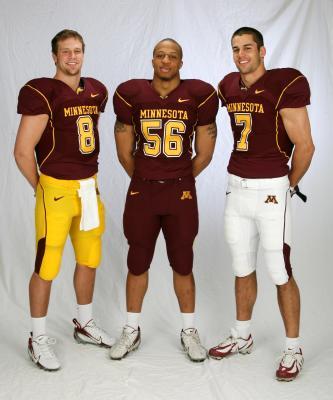 I have always been a firm believer in returning starters making a huge difference in college football.  With both sides of the ball getting new coordinators, having the familiarity and continuity of lining up next to the same guys should make the transition smoother.  Offensively our QB is heading into his third year as a starter, he has an All-American candidate who he loves to throw to, he has a crop of young-talented receivers who will greatly benefit from being a year older and the offensive line should be solidified to provide some bette protection.  Behind these older returners (on both sides of the ball) are a couple of highly ranked recruiting classes to give some athleticism, speed and depth.

Defensively I hope the experience and depth will help these guys out.  2008 saw this defense generate a lot of turnovers while giving up a fair amount of yards.  I do not expect a +12 turnover margin again this year so teams will have to be stopped on third down more often.

4.  Has your team seen 3-4 defensive alignments?

There are no Big Ten teams who employ the 3-4 on a regular basis.  Fortunately for the Gophers they have scheduled teams that play the 3-4 in back to back weeks.  Prior to coming to , the Gophers will host Air Force who also used the 3-4.  So this team is not intimately familiar with the 3-4, but they will get a week to practice, a game to see it live and a week to tweek their schemes before facing . 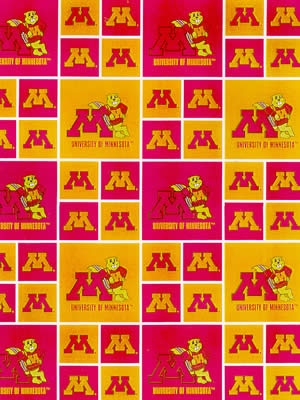 5.  Who is your star player on offense and defense?

Offense is a combo of QB-Adam Weber and WR-Eric Decker.  Weber is a junior who has started every game he has been eligible for and Decker is a potential All-American who will set several receiving records assuming he stays healthy.  The two are roommates and when a big play is needed Weber usually finds Decker to get it done.  On the other side of the ball we are lacking big time standouts.  If I had to pick one, I would go with CB-Traye Simmons.  "Big Play Traye" was a JUCO transfer who had a very good year last year as a junior.  His name is not likely recognizable to other Big Ten fans but Adam Rittenberg of ESPN's Big Ten blog recently ranked him as the 25th best player in the Big Ten and believes he will be a first team All-Big Ten selection to start the year.

6.  What types of adaptations did Dunbar bring to Minnesota's offense, and how many of those adaptations should be present in this year's game?

What brought to the Gophers compared to what we had seen in the years prior was a complete turnaround.  Before he (and Brewster's) arrival we were a dominant rushing attack, producing guys like Marion Barber and Laurence Maroney.  He brough his spread and tried to implement it with personnel recruited to run the ball.  After two seasons he is no longer around and I would expect you will not see a lot of 's fingerprints on this offense. 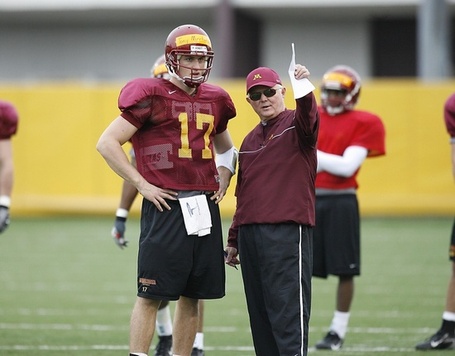 7.  Say I were going to travel to the game. As an opposing fan, what events should I check out?

If you are lucky maybe you can go ice fishing or snow mobilng.  Just kidding, in early September the weather here will be beautiful and warm.  In year one, the thing to check out will be the stadium.  will be the second opponent to ever play in TCF Stadium.  From 1982 - 2008 the Gophers played off campus in a dump of a stadium.  So traditions and game day staples will be re-created this year as they move back to campus.  The stadium is going to be tremendous and everyone here is eagerly anticipating the season.