Some thoughts on the Cal vs. EWU game without having watched the game again.

(1) The Cal Band needs to be more considerate of the Cal Football team's attempts to communicate during timeouts.  During the game, the ball was located on the south side of the field in front of the Cal Band.  I can't remember who had the ball, or who called a timeout, but the Cal players were in a huddle/group attempting to communicate with coaches and the Cal Band began playing during a timeout.  Immediately, the Cal football players attempting to talk with the coaches and other players on the sidelines, turned to the Cal Band and waived at them to stop playing.  In previous posts I have talked about fans sabotaging their own team - such as making noise when your team is offense - this same rule applies to the band.  It doesn't matter who takes the timeout, both teams want to communicate.  Noise from the band will hinder the team's abilities to communicate.  In situations where the ball is located on the south side of the field and the Cal football players are primarily located in front of the band, the band should either: (i) not play any songs; or (ii) turn to the student section and play away from the football players on the field.  This is not the first instance where the Cal Band has played songs only to be told by the Cal players to stop.  These mistakes cannot continue. I hope Stud (Cal Band lingo for the Student Director) is made aware of his/her errors and prevents the same error from occurring again this year.

(2) EWU passed very well against Cal's zone defense.  I was thoroughly impressed with EWU's passing performance on Saturday.  Their QB took what the Cal Defense gave him - everything short.  There were tons of short passes in the seams of zones, and the Cal defenders weren't doing the greatest job defending the receivers.  I think EWU had the most success attack the zones defended by the Cal linebackers.  Linebackers in zone, as opposed to defensive backs, are more prone to watching the QB in the pocket than watching and being aware of receivers entering their zone.  Hence the linebackers get caught flat-footed just standing in their zone as opposed to guarding receivers in their zone.  I would like to see the Cal linebackers improve on their zone defense coverage.

(3) Syd got beat a few times - perhaps a victim of his own aggressiveness.  On one instance, Syd was in zone coverage and watching the EWU QB.  The EWU QB saw Syd in zone, gave him a little pump fake (perhaps in conjunction with a EWU WR double move), Syd bit on the fake, and the EWU WR flew right by Syd for an easy big time gain.

On another instance, Syd was in zone coverage.  He was playing the short zone on the right side of the offense, and the Cal defense was in a cover 2.  EWU ran a smash pattern (outside WR runs a hitch, and the slot WR runs a flag) against the Cal defense.  This put a high/low read on Syd.  Syd jumped on the short hitch, giving up the high read - the flag - and the EWU QB completed a pass to the flag receiver.  There isn't much Syd could have done in this situation.  EWU ran the play well, and essentially no matter what Syd did, they would have made Syd look wrong.  Perhaps Syd could have taken the flag route since that was the deeper route and would have prevented the longer gain, but then again there is no guarantee that the short route wouldn't have gained just as much yardage with some good RAC (run after the catch).

(4) For the most part, the Cal Offense was really bland.  Going into this game, I was expecting Cal to mostly run the ball and not do anything too fancy and flavorful to give away their hand to future opponents.  For the most part, this was true.  Cal just ran the ball.  When Cal passed, it was nothing fancy, and seeming simple pass plays.  Cal did show one its "trick" plays on Saturday though.  On this play, both Best and Vereen came on the field.  Best lined up in a bunch on the right of the offense.  After the snap, Riley pitched the ball to the right as if it were going to Vereen who would run behind the blocking of the bunch players.  But immediately after the snap, Best swung around to the offense's left, intercepted the toss in the air, and swept to the offense's left for a huge gain.  Quite the deception, actually.  A GREAT play.  However, now I'm concerned that Cal will never be able to use that play in the future without it being in opponent's mind.

Riley was not forgetting play calls, we're sending in two play calls and then adjusting to the sets. First time we've done this in a long while (if ever) and it appears to be a Ludwig-initiated/ Tedford-comfort thing.

Avinash, asked for clarification and this reply was provided:

It was from Oak. He said he had heard nothing of the sort and had no idea where it came from. He found it implausible that this would be the case. Then he went on to talking about the changes in the playcalling - two signals coming in, etc.

The response is a bit cryptic.  "Oak" seems to be short-hand for Okanes.  The response also seems to suggest that Okanes just gave his opinion as opposed to relaying cold-hard facts that he had gotten from coaches.

(7) The Cal Offense FINALLY uses a quick-snap to lock in a reviewable play.  In the past, what has really disappointed me about the Cal Coaches' game management skills, is the fact that they have NEVER installed a quick-snap system to get off a quick play following a reviewable play that went in Cal's favor, to lock in the successful outcome of that questionable play.  But last Saturday, as Riley was going down for a would-be sack, he threw the ball to Jahvid Best only a few yards away from him.  The pass appeared to be a forward pass that hit the ground and Best picked it up after the bounce.  Best then ran with the ball for another ridiculous gain.  But the play was never called an incompletion.  It appears as if the refs thought it to be a fumble or a backwards pass.  The Cal coaches quickly set into motion the new quick-snap play, and Cal got off a quick run play within perhaps 15 seconds to "seal" in the results of the previous play so it could not be reviewed.

(8) Cal displayed a Cover 3 defense with Syd playing the deep middle zone.  Cal primarily uses two deep safeties in its zone coverage defense.  But in 3rd and really long situations, Cal used a Cover 3 defense (3 deep defenders) and put Syd in as the deep middle defender.  I like this move because it puts Syd in the area where the ball is more likely to be passed.  Also, Syd has great range (his ability to get to the ball when it's thrown) so it makes sense to have him play center field.  The Cal defense disguised this look pre-snap and only shifted into it post-snap.  Very very sneaky. 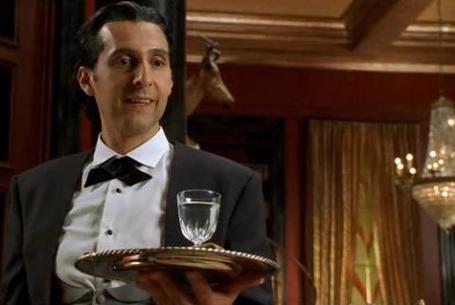 (9) Jahvid Best isn't going to win the Heisman.  I suppose tons of people are like "well, I could have told you that weeks ago!"  But I'm saying this now, after seeing how much few carries Jahvid Best is getting.  Over two games, Best only has 27 carries for 281 yards.  There are now only 10 games left in the regular season.  If Best continues on this pace, he'll have about 162 carries on the season, for 1686 yards.  Best probably needs about 1800 at the insanely very least, and more like 2000 rushing yards to get serious consideration for the Heisman (unless the unthinkable happens and Texas' Colt McCoy and Florida's Tim Tebow both fall out of the Heisman race by losing games).  I just don't think Best is getting enough carries.  Last Saturday's game was a chance for Best to pad his stats by picking up 200+ yards on the ground.  Best needed those kind of numbers because, well, in reality, Best probably isn't going to have 200+ yard games against better defenses in the Pac-10.  As of now, Best should have 400 yards rushing to be on pace for really really serious Heisman contention.

(10) Cal doesn't pass in blowout games because it's rude and it's "rubbing it in."  It seems like some of us want Cal to put in Mansion and Sweeney in these blowout games and have them pass to get some passing experience against a real defense that isn't Cal's defense.  I can see where these people are coming from and understand their point.  But Tedford is never going to do that.  Tedford has too much honor and sportsmanship to keep passing in blowout games.  Passing is considered more aggressive than run plays.  So to pass would be to suggest you want to score some more points.  And when you're winning by even as little as 25 points or so, passing the ball definitely seems to send the signal that you want to pound them into the ground even more.  Not nice.  Not nice at all.  The only way I could see this happening is if the coaches agreed prior to the game that in case of a blowout, the winning team would put in backups and play the game as if it were a real non-blowout game, to give backups game time experience.  The losing team could of course, play its starters or its backups too.  But what coach would agree to that?  With the prospects of the coach being the losing team (the blown out team), the thought of the other team passing more and destroying you by 70+ points as if 50 points wasn't bad enough, is a pretty ridiculous thought.