Hall of Fame Round of 64: Pete Newell Bracket, Part III

Share All sharing options for: Hall of Fame Round of 64: Pete Newell Bracket, Part III 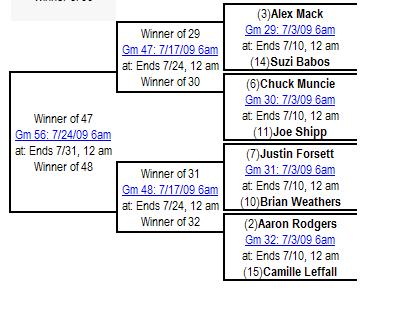 We move onto the bottom half of the Pete Newell bracket! Top two matchups get posted this morning, bottom two this afternoon. Polls for these matchups close next Friday at midnight. The athlete matchups are above, the athlete descriptions and polls are after the jump. Please read, vote, and debate in the comments! 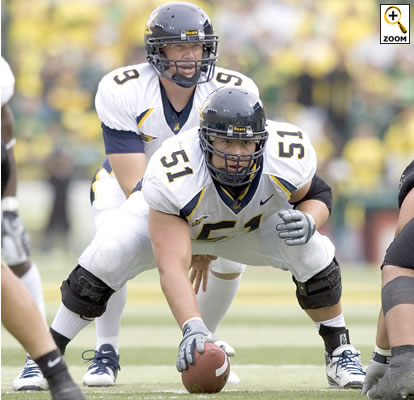 I have so many memories of Mack that it's hard for me write something coherent (ok, I rarely write anything coherent, so harder than usual).  I guess it starts back in 2005 around the Vegas bowl.  Some may not remember but we had a really good center before Mack, Marvin Philip.  Philip started every game in 2004 & 2005, finishing 2004 as an AP second team All-American and 2005 as an AP first team All-American, in addition to being named Cal's offensive MVP (for comparison's sake, Mack was only a third team AP All-American this year).  Despite the prospect of losing our All-American center to graduation, I remember telling anyone who would listen (and not too many people will listen to you talk about back-up centers, especially in Vegas) about a redshirt freshman named Alex Mack who was apparently mauling people in practice.  It's not too often that you can feel comfortable losing a first team All-American, but that's what Mack did.

I remember playing Tennessee at Memorial on NCAA Football 2007 and having Alex Mack pull and take out two guys to spring Forsett for a touchdown...and a few days later watching Mack take out THREE guys on almost an identical play (0:51 on the video) during the actual game.  I remember Mack eliminating two WSU players to spring Forsett for a 40 yard TD against the Cougs (2:02 on the same video), our only win in 7 games and perhaps my favorite single play from the 07 season.  I remember asking Mack after the USC game that year if he would be coming back in '08, and hoping that "I don't know, man" would become a yes.  I remember watching Mack run around the sidelines after the Emerald Bowl, slapping hands and thanking everyone that could get close enough to him as he tried to extend his Cal career for another 15 minutes.

Ironically, Mack departs in a fasion similar to Philip - with a much talked about younger player ready to take his place.  Chris Guarnero was a standout in practices as a redshirt freshman and played extremely well at left guard last year before going down for the year with a toe injury.  He may not equal Mack in his Cal career (who will?) but judging by what we've seen so far (that's him sprining Best on the first play), Cal's in good shape yet again at center. 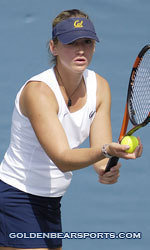 The defending NCAA singles champion and 2006 All-American looks to continue her success into the 2006-07 campaign...equally good offensive forehand and backhand...solid leadership skills...added more weapons to her arsenal over the summer.
Fall 2006: Came into the fall with a ITA preseason ranking of 12...winner of the All-American singles draw, defeating Fresno State's Melanie Gloria in the final, 5-7, 6-3, 7-6(8)...also won the Cal Invitational singles draw, beating teammates Stephanie Kusano and Zsuzsanna Fodor in the semifinals and the final...won her first nine singles matches in a row...teamed with partner Fodor in doubles, entering the fall with a preseason ranking of two... won the ITA Northwest Regional doubles title, defeating Stanford pairs in the quarterfinals, semifinals and final...won the backdraw in the ITA Indoor Championships doubles draw...won the doubles tournament in the Cal Invitational, defeating teammates Daron Moore and Nina Henkel in the championship round, 8-0...ended the fall season with a 12-2 doubles record with Fodor. 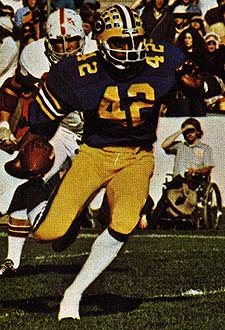 Twist: In my mind, Joe Shipp is the greatest Shipp of his generation.  Also, a cautionary tale about Ben Braun.

Makes you wonder just why his siblings didn't go to Cal.  That said, Shipp was a great player when I was there back

in the earlier part of this decade. 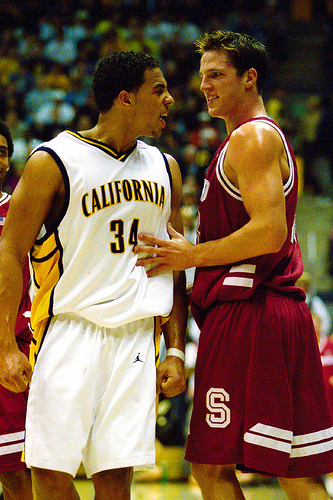 "HEY, THE JERK STORE CALLED, THEY SAID THEY JUST GOT A NEW SHIPMENT OF HAIR GEL IN FOR YOU!"

A look at his career highlights.

Senior (2002-03): Averaged a league-high 20.4 points and 6.1 rebounds. Started all 31 games. Set career highs in field goal percentage and three-point field goal percentage. Scored in double figures in every game. Posted 30 or more points four times, with a career-high 35 points against Oregon State. Registered a double-double of 23 points and ten rebounds against UCLA. Posted 22 points and eight rebounds against Oregon. Paced team with 21 points at Arizona. Tallied 24 points, eight rebounds, and five assists against NC State in the first round of the NCAA Tournament. Earned All-Pac-10 honors.

Junior (2001-02): Averaged a team-high 14.8 points and 4.7 rebounds. Started 31 of 32 games. Reached double figures in 26 of 32 games. Set a school record with nine three-pointers made in scoring season-high 31 points against Fresno State. Posted 24 points against St. Louis and at Oregon. Tallied 20 points and a season-high nine rebounds at USC. Earned All-Tournament Team honors at the BCA Classic after helping Cal to the championship. Led team with 25 points against Arizona in the Pac-10 Tournament.

Sophomore (2000-01): Averaged 8.4 points and 2.8 rebounds. Started 13 of 31 games, including seven of the first eight games of the season. Registered season-high 21 points on 7-for-9 shooting against Oregon State. Tallied 15 points at Arizona State. Notched 15 points and three assists at UCLA.

Freshman (1999-00): Averaged 9.1 points and 2.9 rebounds. Started 12 of 33 games. Scored in double figures in 17 games. Recorded season-high 22 points at Colorado and against Washington State. Posted 20 points on 8-for-12 shooting in collegiate debut against TCU.