Well, we have the Sweet 16!  Exciting times to be alive.  Here is the bracket to check out all the action.  After the fold, we have the first match up for the Brock Mansion Party Yacht Regional in the Sweet 16:  Anguish Ape (6) v. The Patron Saint Of Awesomeness, Danzig (2).  Read the information and then vote in the poll!

Ok, now we are getting to the nitty gritty.  To the metaphorical second weekend, which is something like 7 weekends after the start of this process.  But hey, nobody loves absurdist dada-style humor more than Cal fans.  Nobody.  Seriously, I will personally murder anybody and everybody who likes absurdist dada-style humor more until only Cal fans remain.  That's my promise to you, dear reader.

This match up is a tough one, because, in many ways, Danzig and Anguish Ape are the same person.  We don't know a lot about either of them.  I can only assume danzig is covered with a thick fur.

The key difference is that danzig has never, ever, EVAIR, E.V.A.I.RRRRRRRRRRRRRRe felt anguish, because anguish stems from anxiety, consternation, or failure.  And danzig has never failed.  At anything.  Ever.  He's the most successful person ever.  He's so amazing, he makes Chuck Norris seem like a wacky right-wing washed up C-level TV star.

He's so amazing, he even crushed rising star "Carp's Armored Dog."  Carp's Armored Dog was a phenom, quickly rising through the ranks of meme-dom.  But danzig stopped him cold in the water, the VERY water the dog's armor was protecting from. 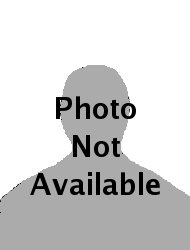 What to say about danzig?  Little is known about this enigmatic gentleman.  The Patron Saint Of Awesomeness, he offers little about his personal or private life.  He's in the financial sector, somehow.  Somewhere.  Is he in Europe?  New York?  Cote d'Ivory?

But he offers so much!  He gives us endless videos!  Like this one:

Endless awesomeness.  We even donated money to the band in his name.

Basically, he's da man!  Also, he might be a sentient robot ready to snap at any time.  Let's hope not!

First time out, Anguish Ape beat up on Leon Powe.  This caused both rollonubears and Leon Powe (the reader) to feel lots of anguish.  It was very ironic. Just like when it rained on my wedding day.  Then, he took the wood to CBKWit's Recruiting Post.  It's the same link as the Danzig v. Carp's Armored Dog post of above.  Although, to be fair, CBKWit's Recruiting Post wasn't too difficult to beat. 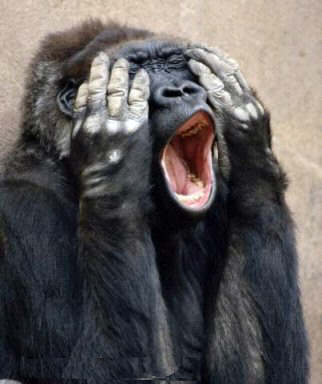 I wish there was something crazy cool when it came to Anguish Ape.  Like I snuck into a zoo and taunted an ape until he felt anguish.  At which point, I took his photo.

But in reality, I merely wanted to encapsulate the concept of anguish one day.  So, I google imaged the word "Anguish" and took the first image I saw.  It comes from here.  Which appears to be a Malaysian blog of some sort.  The tagline says "This ape is also waiting for his offer/posting letter."

I have NO idea what that means.  But I do know what its like to wait for my offer/posting letter and man is it full of anguish!  All I know is that Zoo News in his infinite wisdom slash Photoshoppia rolled with it.  And started giving us stuff like this:

So, there you go.  That's the story behind Anguish Ape.  He's SOOOOOOOOOOOOOO Anguished!