Hall of Fame Round of 64: Pappy Waldorf Bracket, Part II

Share All sharing options for: Hall of Fame Round of 64: Pappy Waldorf Bracket, Part II 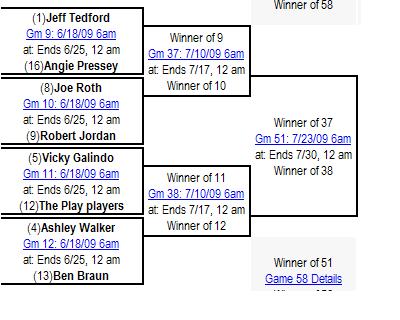 We continue on with the top half of the Pappy Waldorf bracket; top two matchups were posted this morning, and now we move onto the bottom two this afternoon. Polls for these matchups close next Thursday, June 25 at midnight. The athlete matchups are above, the athlete descriptions and polls are after the jump. Please read, vote, and debate in the comments!

California Pete has the down-low on Vicky.

One of my favorite Cal women athletes of all time. A great ballplayer, an Olympian, led Cal to a national championship, and deceptively powerful despite her small size. Plus she’s cute as hell, and even more attractive (at least to me), because she’s openly bisexual. But beyond my adolescent crush on her, few position players in Cal history have stronger Hall of Fame credentials than her.

Moen to Rodgers to Garner to Rodgers to Ford to Moen.  Like pi to math majors, every Cal fan should know the sequence.  But how exactly did a last second victory in a game with no real national significance become so legendary, so mythical? 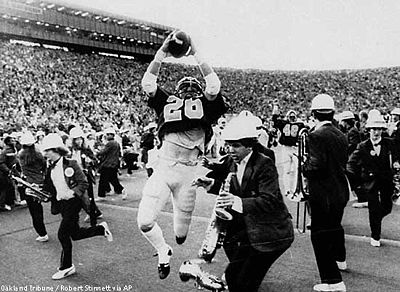 When I was 9 I went to my first Big Game and watched Cal win.  Having been hooked on Cal football, I then saw Cal lose 7 straight times.  My Mom, the consummate pessimistic yet loyal Cal fan, would hold up The Play as our desperate Cal fan trump card.  Lose 7 in a row to the ‘furd?  So what, we have The Play.  Go a decade without a bowl?  Whatevs, we have The Play.  No Rose Bowl berths in either of our lifetimes?  No worries, we have The Play.

For 20 years between The Play and Tedford, it was our one shining moment in a sea of football pain and misery.  Whenever the Big Game was in Palo Alto my mom would play a tape that analyzed The Play, including an introduction, the CALX call of the game (which is significantly more confusing even than Starkey’s call) and player interviews.  We played it to piss off the Stanford fans, because THEY LOST ON THE PLAY!

Every once in a while ESPN or Sports Illustrated will have some silly internet voting for the greatest play in college (or sports) history.  Despite a biased voting public, The Play almost always wins.  Nothing can match 6 laterals against your biggest rival with the most insane band in America on the field.

It is here that we must mention the unfortunate part of our story:  Mariet Ford, he of the psychic blind lateral, is currently behind bars for the murder of his wife and 35 month old son. The Chronicle has a long profile on Ford, detailing the glory of The Play and his fall from grace. 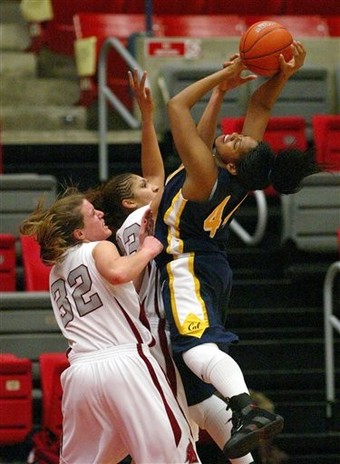 Ashley Walker came to Cal as the overlooked member of the class that revived women’s basketball in Berkeley.  She wasn’t as heralded as Alexis Gray-Lawson or Devanei Hampton.  She’s not flashy.  She’s not particularly fast.  Hampton and Rama N’diaye are both taller and bigger than Walker.  And yet, after the most successful four year stretch in Cal women’s basketball history, it was Walker who emerged as the rock, the go-to player, the one who rewrote the record book with an amazing combination of constant growth and reliability.

Consider these numbers:  Ashley Walker led Cal in the following statistical categories in her senior year:  Minutes, points, rebounds, field goal percentage, free throw percentage, blocks and three point percentage.  If she had two more steals she would have led the team in that category as well.  And Cal was not a team of scrubs with one superstar – Cal was a consistent top 10 team with talent, depth and a good coach.  Ashley Walker did everything. 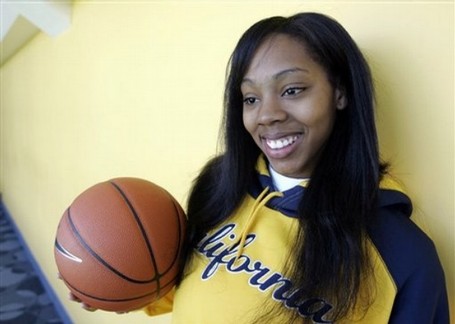 My favorite memory of Walker is somewhat bittersweet.  Not surprisingly for a player who seemed to get better each game over four years, Walker played her best in her final NCAA tournament.  First, she shot 9-12 for 21 points in an easy win over Fresno St.  Then she destroyed Virginia, shooting 14-20 for 32 points along with 10 boards.  And for the first 14 minutes against #1 UConn Walker kept it going, hitting threes, getting inside, grabbing boards and generally frustrating Geno Auriemma.  UConn still cruised to victory, but Walker finished with 21 points.  I firmly believe that Cal would have beaten just about any other team in the nation that day the way the team, and Walker, were peaking.

Walker was drafted 10th by the Seattle Storm and will now show her talent in the WNBA, where I have little doubt that a player with her versatility and ability to improve will carve out a successful role for a long time to come.  Meanwhile Cal will have to do without what I believe is the best female basketball player ever to wear the blue and gold.  Vote Ashley for the Hall of Fame!

For those of you MTV people wondering what Walker's living conditions were like at Cal...let's just say they were pretty peachy (lots of cool images of her crib if you click!) 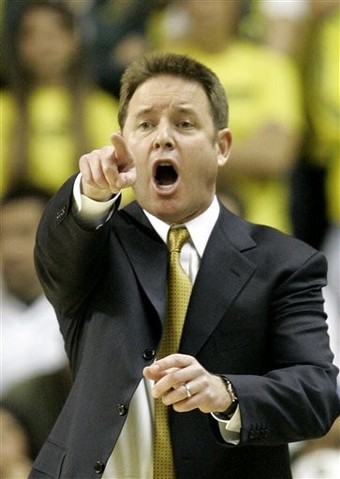 BeastMode gives us the facts:

Ragnarok recalls the top moment from the Ben Braun era.

Of course, the Sweet 16 run in ‘97 is the #1 moment of the Braun Era.  It was Braun’s high-water mark, which made us all love him instantly (and immediately shove an 8-year contract extension his way), but it also caused us him to labor under heightened expectations through the rest of his tenure.

Still, that was a special year.  Not much was expected from Braun’s first season at Cal (the Bears were picked to finish in the bottom half of the conference), but in the wake of the Bozeman mess, Braun took a senior-laden squad and put them back together again.  Though they ultimately fell short in their challenge for the conference crown (they tied for second), there were some definite highlights along the way, including an upset of Arizona, the eventual national champion, to close the regular season (a game that could have easily made this list).  A 12-6 conference record earned them a No. 5 seed in the NCAA tournament and a first-round matchup with Princeton. 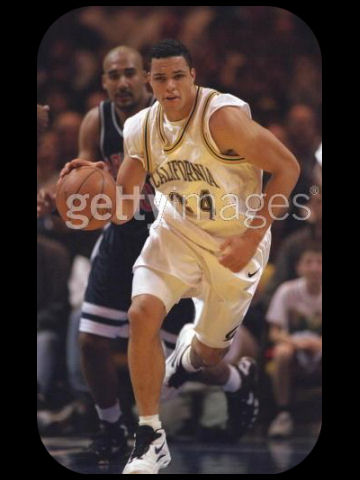 Tony Gonzalez was a big part of the last Cal team to really make a dent in the NCAA tournament, helping take down Villanova in the process.

Led by seniors Randy Duck and Alfred Grigsby (but unfortunately not Ed Gray, out with a broken foot), and junior Tony Gonzalez (who would subsequently leave for the NFL) Cal avoided the 5-12 upset bid by Princeton, and then defeated 4th-seeded Villanova to reach the tournament’s second weekend.  For all it had been through over the past two years, even though this team was set to graduate, and NCAA sanctions were coming, it was a hopeful time for Cal.  Ben Braun was our clean-as-a-whistle savior, the man who would lead Cal basketball to greatness both on and off the court.