Share All sharing options for: National Concrete Canoe Team Exists. And Is Successful! 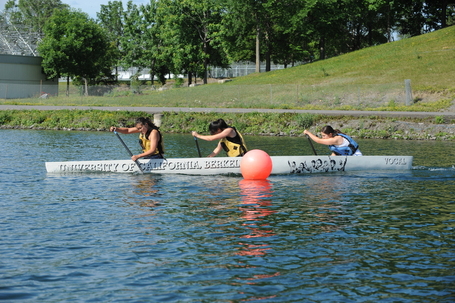 Clash of the Concrete Titans

We have a Concrete Canoe Team.  Concrete Canoe.  That makes about as much sense as having some sort of Iron Zeppelin (which was a great rock band back in the 70s).  But we have it.  And this weekend, Cal is in the National Championships.  Yay!!

Last year, we got 2nd place!  In between first place winner, University Of Reno, Nevada and third place winner, École de technologie supérieure (which is a place that apparently exists).

How will we do this year?  Find out more information after the jump!

Here is some information from the Concrete Canoe press release announcing UC Berkeley's involvement in the nationals this year:

—In a test of think or swim, this group of civil engineering students will use "concrete" determination to keep their dreams afloat. And, while most people would never dream of making a canoe out of concrete, let alone racing it, these extraordinary students are up for the challenge. As they chase the "America’s Cup of Civil Engineering," hundreds of civil engineering students will trek to the University of Alabama in Tuscaloosa June 11-13, 2009 for the American Society of Civil Engineers’ (ASCE) National Concrete Canoe Competition.

It's a fight to the death by civil engineers, an athletic competition where Cal FINALLY has the dominant edge!  If somehow anti-social loserdom could be made competitive, we'd be like UCLA in basketball and USC in football rolled all up into one!

How do you win at concrete canoe?

The winners of the ASCE National Concrete Canoe Competition are determined by compiling the team's total number of points from the academic and race portions of the competition.  Academic scholarships totaling $9,000 are awarded to the winning teams' undergraduate civil engineering program.

Competition awards are distributed as follows:

Special plaques are also awarded to the top team in the following individual categories:

Yes, best design paper.  Best oral presentation.  Because this is an athletic competition where brains counts just as much:

The competition will kick off Thursday, June 11, on the Quad at the of in campus, as the teams’ canoes are weighed, measured and judged for aesthetics. The teams will also "swamp" their canoes in a tank of water to test their flotation ability, and students will have the opportunity to participate in a career fair, where both national and regional sponsors will discuss their products and employment opportunities. Then, Friday, June 12, the teams will deliver and defend their academic presentations—including outlines of the design, cost and construction of their canoe—in front of a panel of professional civil engineers. Finally, on Saturday, June 13, the students will gather for the canoe races at in . The endurance races will begin at 8 a.m., the preliminary sprint races will begin at 11 a.m. and the sprint finals will begin at 2 p.m. The event will conclude with a banquet, where the winners will be announced and the competition awards distributed.

Here is a more in depth schedule if you want to follow along.  And here is an interactive google map detailing the location of events.    It is being held at University of Alabama this year, which seems fairly beautiful: 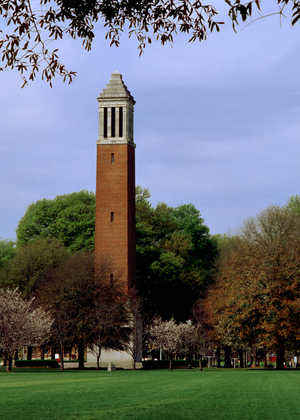 SBN Alabama Blog, RollBamaRoll, is all over this event.  So, Go Bears~!  Use all of our mental and physical and concrete-al abilities to dominate once again!