Should The Pac-10 Get Better Television Deals?

Share All sharing options for: Should The Pac-10 Get Better Television Deals? 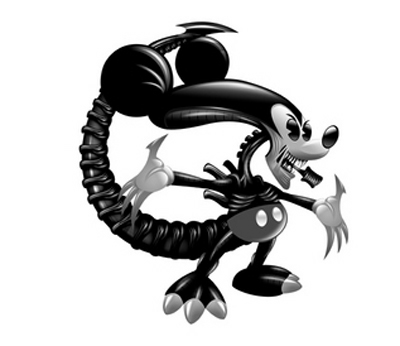 In last week's spirited Pac-10 round-robin debate, several salient points emerged. People argued that the round-robin was not a major part of the national recognition problem the Left Coast Conference suffers from, and believes that our issue can be fixed via other means. Namely, getting better TV deals.

Nashville had these thoughts.

If I’m Larry Scott, I’m calling up Dick Ebersol and telling him that NBC needs to add a Pac-10 game of the week. Just like that, even if it’s just USC playing somebody else, every Pac-10 team is getting national exposure and providing a real alternative to the SEC on CBS or the regional/national game on ABC. As an added benefit, occasionally that regional/national game would involve Pac-10 teams. To use 2007 as an example, can you imagine how effective it would’ve been if in the morning/afternoon viewers were treated to UCLA vs. Stanford on NBC, not a great game but something to watch, and then had the chance to flip over to ABC and witness Tennessee @ Cal? Repeated exposure along those lines are how multiple BCS bids are earned.

It is an interesting argument. The Big 12 was on Saturday Night Football nearly every week last year and it certainly benefited from the perception of having the strongest teams last season--it received two BCS bids fairly easily. The SEC's great television contracts allow them to receive as much facetime as they wanted, whether through College Gameday or the various talking heads/media outlets of America. Hell, even the Big Ten gets big-time distribution through ESPN or its own network, and they've been huge beneficiaries of the BCS system.
However, one could argue that the Pac-10 had weak television deals in 2007, yet still was considered one of the two strongest conferences in the land until the final weeks of the season. Of course, we only ended up with one team in the BCS regardless of this, which makes you wonder if the lack of TV deals still does work against us in the long run, that an 8-4 Illinois team gets rewarded for getting more games on TV than, say, a 10-2 Arizona State team with a higher ranking.
Arguably, this could be solved by tying ourselves with the Devil of sport itself: ESPN.

I'm a little wary of a solution that involves ESPN, but the alternatives aren't much better.

So these network alternatives are out. Which leaves us with Disney, for better or for worse.
Grady from CougCenter brought up good (and somewhat chilling) points about the ways in which the Worldwide Leader goes about promoting the teams and conferences it covers on a regular basis (i.e. everything East of the Rockies and USC), and how this ends up shaping perceptions about said teams and conferences (a very good read--go over to CougCenter and read it. Then come back):

By making weak national deals with ABC/ESPN and CBS, and weak regional deals with FSN, the Pac-10 is robbing its members of both money and exposure.
How? Think about how ESPN operates. Whenever ESPN picks up a sport, like Nascar, all of a sudden there is a shift in programming to increase coverage of that sport. You may see "Nascar now" every once in a while, but how often have you seen NHL coverage on ESPN recently? Exactly. The NHL is now on the Versus network where it toils in relative obscurity. ESPN deals not only bring money to the sports they carry, but also add the incredibly important exposure factor. That factor could do wonders for the Cougs, who desperately need some national attention. For now, ESPN's financial and programming focus shifts to the SEC. And that's bad news for us.
Of course this wouldn't be an issue if ESPN had a decent competitor. And for all intents and purposes, FSN should have been just that. What sports fan wouldn't love a national sports network divided into regional networks to provide more coverage of their local teams? It is great in theory, but failed in practice because there are already national and regional sports competitors not linked to FSN. When baseball teams like the Yankees and Red Sox ditched the regional networks and formed their own, FSN and its colleagues took an even bigger hit. And when ESPN is picking up key games here and there from your local teams, FSN loses the exclusivity that could have made it a valuable network.

This seems to be the way most Cal and Pac-10 fans think we should resolve our issues concerning our national image. I wouldn't care so much about FSN and Versus contracts if they received proper promotion, but the lazy fan is not going to travel over to those networks to find those games. ESPN is good at promoting itself, upcoming games on ESPN, ESPN2, ESPNU, ABC, etc. How many Rose Bowl promos did you see all bowl season long?
This turns my stomach a little bit, for personal and moral reasons. Not only do I HATE what ESPN has become under Mickey Mouse, but we might as well drive Oski down to San Pablo Avenue to offer free handjobs to passing vagrants. If we were to participate in the ESPN/Disney pimping campaigns, we're changing the way we do business in order to please the rest of the country, namely to let ESPN give us validation and a little bump in the polls. Both might have beneficial effects toward earning at-large bids for the conference, but we're changing the way we run shop to please bumpkin pollsters from Birmingham and Dayton. Very much like eliminating the round robin.

Luckily Grady continues with a solution that I do like, and I actually think is not only feasible, it's inevitable:

My dream would be this: one national game given to ABC every week (which 90% of the time will involve USC), another given to the ESPN family of networks, and the other three or more placed on a Pac-10 Network. But the current regime is too old school and stubborn to go for something as progressive as a conference network (even though it would do wonders for basketball). So why not just give ABC/NBC/CBS/Fox one game, and the ESPN networks all the others? Even if you take a pay cut, the added exposure will make up for the difference. Financially, and in terms of marketing. The conference could actually support its schools by demanding each game is on TV. If you have to play a Thursday or Friday night game here and there, big deal. Did we really miss out by playing Idaho a couple years ago on a Thursday? Of course not.

People might make fun of that curmudgeon Delaney in the Big Ten, but not only does he take advantage of the system and keep on getting BCS at -large berths for his team, he at least had the vision to create a network that would promote the conference on its own. Although they've had difficulty with distributing it, it is a good step in the right direction and ensures all of their games get maximal HD exposure. The Big 12 and Big East have already moved in this direction with basketball, and you expect more of this as the years go by. We could only dream Tom Hansen would've been that forward thinking.
The future is probably in niche networks like the BTN, and that the Pac-10 Network should be something to strive for. We wouldn't have to rely on ESPN to pimp us up; as long as it's distributed the right way around the country, it'll reach the homes and places that we want it to reach. We could broadcast all sports from our conference, both big and small. Plus it allows for the optimal viewing experience of watching every Pac-10 football and basketball game possible, no matter where we are in America. And isn't that we all want?
How do people feel about the Pac-10 television deals? Should we get better ones? Stay the same? Move toward a Pac-10 Network? Voice your thoughts in the comments and vote in the poll.