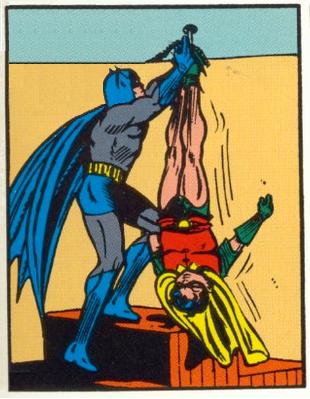 "Sometimes you have to find an unconventional method to screw in a lightbulb."

In our theoretical discussion about Cal football, Hydro and I discussed in Part I the basic playcalling conventions Tedford has gone about beating USC . In Part II we talked more about playcalling balance and whether Cal should run and pass the ball an equal amount in playing the Trojans. We conclude our discussion with a final talk about trick plays and their place in California's offense last season...and whether they are used enough against our most fearsome foe.
Hydrotech: I think Cal did bring some unconventional to the game. Perhaps the wildcat isn't unconventional any more but we tried that. We also broke out a few new formations during the game. We certainly were saving some looks for USC to catch them off guard but we just got bogged down on our own penalties to really be even 75% effective.

Avinash: Yeah, but we tried the Wildcat in a weird, low-risk environment (3rd down and 4 on the first drive in our own territory). Of course the execution was completely wrong.

2008 is a decent example of unconventional playcalling going completely wrong. Do you think in the future Tedford should try to mix it up or try to out-USC the Trojans by playing a conventional pro-style game that they usually show against other Pac-10 opponents?

Hydrotech (continued): I think Tedford should do what he thinks is best. I'm not going to quite say that he needs to be more conventional or unconventional against USC. I don't think Cal needs to be more unconventional against USC just because it's USC. Cal isn't like The Citadel taking on Miami. Cal doesn't need to get overly fancy and throw every trick in the book and resort to crazy hail-mary/roll-the-dice types of plays. Cal can play its usual game, its usual offense, to beat USC.

Avinash: However, we did try the flea-flicker against UCLA. The hook and ladder against the Furd. The wide receiver pass against Oregon State. You could argue that without those types of plays we have a much tougher time in our first two games, and get blown out by OSU. Wouldn't this suggest more trickery was needed against tougher opponents?

What I'm trying to say is doesn't Tedford seem to take more chances against moderate opponents while staying true to form against the tougher teams like Oregon and USC?
Hydrotech: Cal did use trickery against USC. It wasn't the stereotypical "trick plays" which most people think of, but Cal did use the fake-screen play (the TD pass to Vereen that was negated). Again, this sort of brings us back to the whole "what is a 'trick play'?" While this isn't a "trick play" in the lay man's definition of the word, it is a deception play - just like flea flickers and hook and ladders. So my point is that while the lay man might not consider the fake-screen play a "trick play", the lay man is wrong. Fake-screens are "trick plays," and thus Cal did use "trickery."

I am putting "trick plays" and "trickery" in quotes because as I've already discussed in previous posts, I do not believe there are such things as "trick plays."

Avinash: I feel trick plays are something that is either not a conventional drop back pass or a variation of a handoff from quarterback to running back; in other words, something that relies on an additional action you don't expect in football. While all plays are designed within a particular gameplan, we feel much different about flea flickers and wide receiver passes and hook and ladders than we do about other plays (like say the Vereen swing route on the nullified TD at USC).
All trick plays are of course deception, but I think we call them tricks because of the reactions they engage from the fans watching in the stands.
Do you feel Coach Tedford and Ludwig should use trick plays on offense to beat USC? Like Hydro, do you feel there are no such things as "trick plays" and it's merely a battle of mirrors? And what were your favorite "trick plays" in 2009?