OK, here is the 5 v. 12 matchup. This is Watercube v. Somebody's Bitter. Read the info behind the fold and then vote in our matchup.

This is a matchup of 2 summer memes. One relating to the Olympics and the other relating to the Shamelympics. This Is Watercube, the first incarnation of Zoo News Mania (Tagline: We Maniacal For Zoo News!) versus the first incarnation of Twist's passive-aggressive relationship with Tedford Is God. Both of these have fallen by the wayside in recent months, but you know what? They might just be making a comeback! One will continue on, one will be thrown back in to the 10 cent clearance bin. Who will it be???

This Is Watercube (5) Via Ragnarok

An offshoot of the This Is Madness! meme, THIS IS WATERCUBE! was born during the 2008 Olympics, when TwistNHook took Michael Phelps domination in an entirely different direction, with more than a little assistance from zoonews: 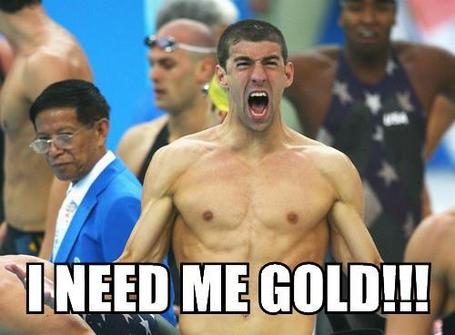 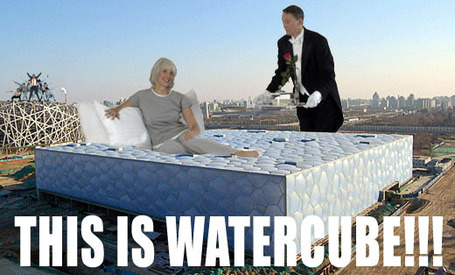 Ya, nobody else understands it either. 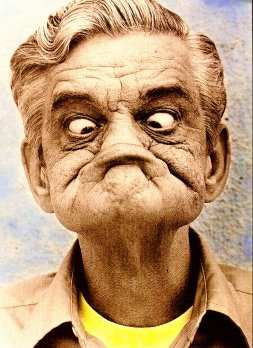 We used to not be here. We used to be elsewise. Barbarians on the outside, looking in. And there was one man, one God-like man, holding fort against us barbarians. Tedford Is God was running this place by himself, both Tedfordding and Godding his ass off. But like most things run by a single person, like white people and the Masons, all good things had to come to an end.

And soon we were kicking the tires on this place and then, well, ok, let's be honest, holding Tedford Is God down and beating the shit out of him. He fled to greener pastures and when he FINALLY returned, I met him at the gate of the recently refurbished kingdom with one phrase and one phrase alone "SOMEBODY'S BITTER!"

Everytime he made any comment, any comment at all, I'd respond with "Somebody's Bitter." Eventually, even Tedford Is God got in on the act!