Reader Leon Powe, who, indicidentally, is NOT the real Leon Powe, had an interesting comment in Friday's Daily Bear Dump. He says:

I ran the Great Wall (Half) Marathon Today (yes, even on a bad knee and with my team in the playoffs) wearing a Cal hat. I got 7 "Go Bears!" from people over the run (and I gave one out).

What places have you been "Go Bears’ed!" thave are story worthy?

This sparks the discussion of "Where is the craziest place you've ever been Go Bears'd?" "What kind of really random Cal experiences have you had all over the globe?" Photos of people in Cal gear in exotic locales helpful, of course.
For me, I've never had anybody come up to me and Go Bears me in some random place. But, on a recent trip abroad, I did run into this monstrosity: 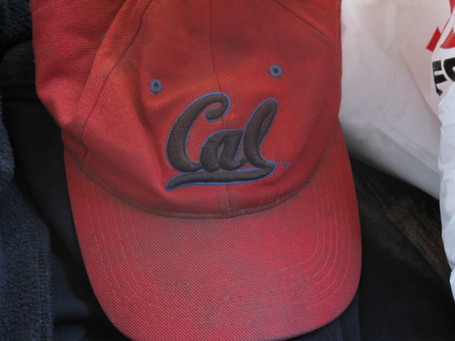 "What the WHAT?!??!?!"
What are your exotic Cal stories? Begin the discussion inside!