What A Year It's Been!

Share All sharing options for: What A Year It's Been! 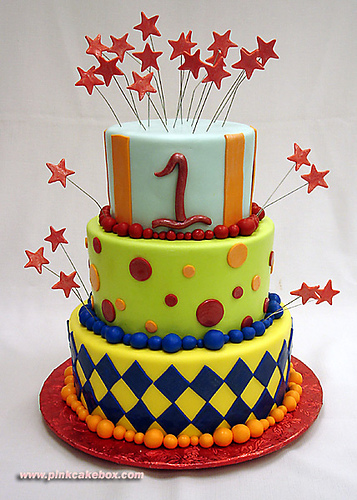 Wow, I can't believe it's been a whole year.  One year since the California Golden Blogs moved over to SportsBlogs Nation, and this community really began to take off.  9 great wins and 4 devastating losses for our football team, a surprise NCAA tournament appearance for our men's basketball team, a first-ever Sweet 16 appearance for our women's basketball team, and one epic battle to remove the hippies from the trees and finally break ground on the Student Athlete High Performance Center.

I can say with absoulte certainty that when TwistNHook, Yellow Fever and I started this blog 2 1/2 years ago, none of us ever thought this blog would get this big.  In our first month of posting on Blogsome, we had a grand total of 30 comments left, almost all of them by the site authors.  After a year on SBN, we now have 709 registered users who have collectively posted 590 FanPosts, 401 FanShots, and over 126,000 comments (yeah, and only 16,000 of those comments are by TwistNHook!).  In our first month, we probably had something like 200 visits (again, almost all by the site authors).  After a year on SBN?  Over 410,000 visits and over 1.1 million page views!  Even TwistNHook can't refresh his browser that often!

While blogging was fun when no one was reading us, it's a whole lot more rewarding thanks to this great community that we've got.  It truly makes stopping by every day a joy, and motivates me to write during those times that I don't really feel like it.  To all the CGB members out there who bring us praise, criticism, and inanity:  thank you thank you thank you.  And to those lurkers who simply stop by every day or week or whenever to read our stuff, you too are appreciated, so thank you too.

Anyway, to celebrate our first anniversary at www.californiagoldenblogs.com, I've compiled a list of some of our best work from the past year; if you've found our site only recently, click after the jump to check out some of the writing that, I think, has caused this blog to be so well-trafficked.

HydroTech
Coaches Tour 2008 : San Francisco Report
The A-11 Offense
LOUD NOISES!
A Day At Golden Gate Fields
Looking Back at USC vs. Cal : Predictable Playcalling?
Why Does Cal Use The Screen Pass?
Spring Football Quick Hitters

ragnarok
New Rules For College Football, 2008
How To React To A Blowout
Second-Guessing Tedford : How Soon To Onside Kick
College Football Rules Curiousities Part I | Part II
Did Cal Run Up The Score On UCLA?
Soapbox Moment : The Following Teams Didn't Deserve Bowl Bids
Bears Outlast Huskies In 3OT Instant Classic
Bears Find Their Shooting Touch, Complete Husky Sweep
A Total College Football Reorganization
The Cal Bears Don't Depend On The Three-Point Shot
A Tough Loss To Stomach
The Pac-10 Basketball Tournament
Cal vs. Maryland : What When Wrong?
I Paid For Nine Innings; The Last Three Were Free!
Looking For Honest Employment

Battle For The Oaks
Yes, But Could They Palm The Basketball?
Battle For The Oaks : Hippies Strike Back
How Much Is Memorial Stadium Worth?
More From The Sacred Grove
An Open Letter To The San Francisco Chronicle
Through The Eye Of A Needle
Mr. CBKWit Goes To Berkeley Part I | Part II
Heath Ledger's The Volker Is An Agent Of Anarchy
It's Going Down! (Open Threads)  I  II  III
Thank Yous
No Longer Climbing Trees Nor Punching Hippes