Ok, here is the 3 v. 14 matchup. CBKWit's Recruiting Post v. Hydro Punching Twist. Read the info behind the fold and then vote in the poll.

These are two memes about failure. Failure to write a hotly anticipated recruiting post. And failure to not cause HydroTech to punch me in the face. He's also probably punching me in the face, because I'm failing him for some reason.

One of these has to fail more than the other? Which one is gonna fail the least? Let's find out!

Last year, there was a recruiting event with Coach Tedford. CBKWit attended and wrote, not one, not two, but THREE posts, which consisted of about 90% of his posts for 2008. They were great posts and brought a lot to the table.

This year, there was ANOTHER recruiting event. CBKWit again attended. And promised yet another great recruiting post. Maybe not three posts. Afterall, Coach Tedford didn't attend this year. But, surely, at least one.

I guess there is still a chance that this post will materialize. But many people seem to believe it wil never, ever happen.

Or that CBKWit guy himself. Even HE doesn't believe it'll happen.

In public, us Marshawnthusiasts present a united front, but behind the scenes, our massive egos often get into bruising throwdowns. We all throw our weight around, but nothing compares to the epic fight that nearly led to Hydro's resignation. 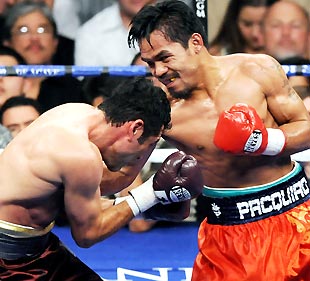 The long-standing 'joke' (it IS a joke, right? I'm pretty sure it's a joke) is that Hydro wants to punch Twist in the face. An understandable, if childish, impulse. Hydro held himself in check at the Spring Game, but his need to cave Twist's smug Jewish face in is ever-present.

Let this be a lesson to all of you: don't cross HydroTech, especially if you value your face.