Welcome to the Kiki Awards

Share All sharing options for: Welcome to the Kiki Awards

The New Jersey Nets hosted the Kiki (Vandeweghe) Awards on Wednesday night, a fan appreciation night of sorts for season ticket holders complete with random award presentations.  You know, just like elementary school.  And as part of the night, they allowed each fan to bring one item to be autographed by the whole team.

At first I thought it might be fun to bring some NBA logo socks:

Or a Lamond Murray Nets jersey: 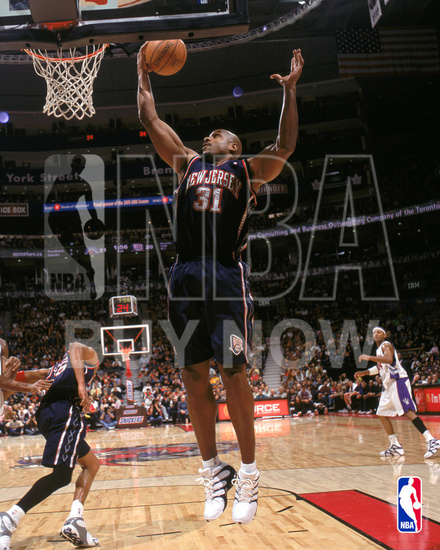 Or a XFL championship ring.

Or even my non-J.J. Arrington jersey. 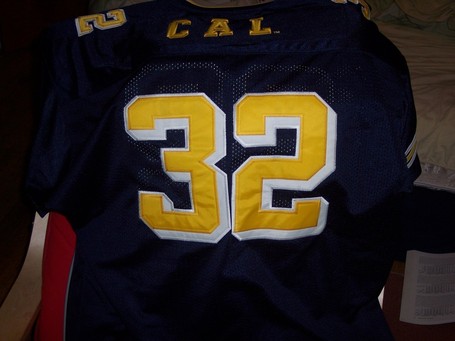 As it turns out, I did some looking into this earlier today, and J.J. did not wear 32 at Cal, he wore 30.  So I don't know why I thought it was an Arrington jersey this whole time.  You know who's worn 32 recently?  That's right, no one good.  So why they even made this jersey, I have no idea.

In the end I settled for picking up a 15 dollar basketball from Modell's to get signed by the team.  I had grand plans for chatting up each of the players, tweaking Brook Lopez, getting Yi Jianlian to sign my ball in Chinese, and becoming best friends with Ryan Anderson.  ON VIDEO!

Turns out my cell phone didn't record for some reason, but I did get Ryan to sign GO BEARS! 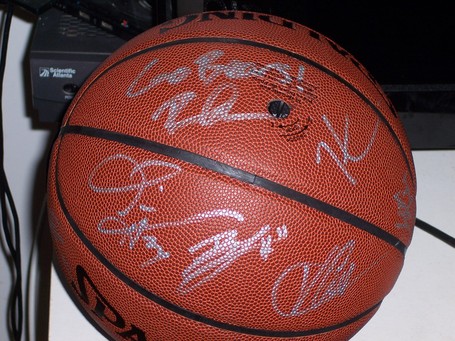 That's Vince's signature on the bottom right.  It looks pretty cool...I think I might have to copy his style.  I did also joke with Ryan that I don't understand how, as a Cal alum, he can stand playing with Brook, to which Brook responded, "Whatever!"  Psh, whatever, man.  Those Stanford guys are all like.  I did say that if he had gone to Cal I'd probably have gotten his jersey by now.  As it is I'll probably wait until next season to get it, but don't tell him I said that.

And Yi did sign in Chinese.  At least, I think this is his signature.  It's hard to tell with these things, and even harder when you can't read Chinese when it's written normally. 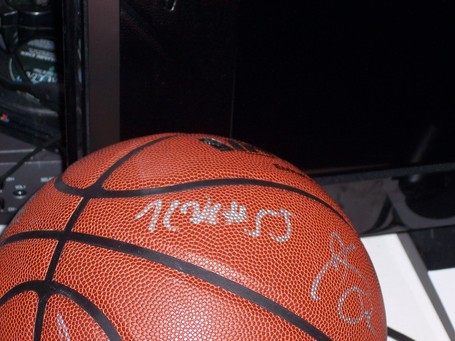 After everyone got their stuff signed, we proceeded over to the arena for the presentation of the Kiki awards.  Because I have no idea how to upload stuff to YouTube and the quality sucks anyway, you can download the video here of Ryan winning...something or other.  The audio sucks.

Finally, here's a picture of Glen Davis salivating over my ass. 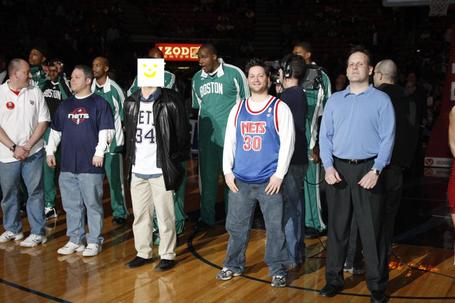