Should the Pac-10 End Round Robin Scheduling?

Share All sharing options for: Should the Pac-10 End Round Robin Scheduling? 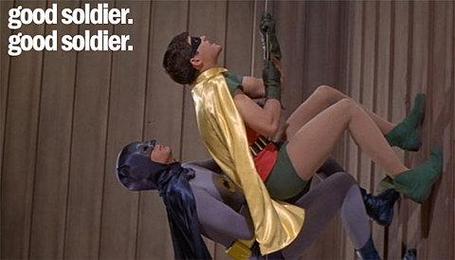 (Carp has talked about improving the conference many times, so I decided to step in and provide an alternative approach to getting the Pac back on track.)

The BCS, for better or for worse, is here to stay for most of the next decade. We don't really have much of a say in it, so we have to deal with the system as is. So we have to figure out what situations would benefit the Bears assuming USC maintains its conference dominance. One thing to look at it is the vaunted Pac-10 round robin. I got thinking about this after reading a quote from Wizard of Odds:

This is a nice viewpoint, but it's a little naive. The Pac-10 already does this, playing the extra game, having every other team in the conference play each other once. How much respect do they get for this system? (Hint: it's equal to the number of BCS at-large bids they've been rewarded with the past six seasons.)

Here's the dirty secret: This extra conference game drives up the probability of an extra loss. And you could argue has crippled BCS dreams several times for our conference's best.

The post continues on after the jump, but ponder this question in the comments: Should the Pac-10 eliminate one of the nine conference games?

Ever since we instituted the round robin, it's brought the Pac-10 nothing but grief in terms of BCS dreams if you didn't have Tommy Trojan deflowering your field. Cal in 2006, Oregon/ASU in 2007, Oregon State in 2008 all had excellent chances to earn a BCS berth going into mid November. However, an extra game has choked them up--there was one game where the team either got upset in their worst performance of the season or suffered a key injury (Dixon, Quizz) that crippled their hopes.

Just as bad, USC has stumbled and lost a game they shouldn't have lost each year, costing them not only National Championship aspirations but making it even more difficult for an at-large bid to emerge from the Pac-10. Why? Well, when the best team in your conference keeps on stumbling through the Pac-10, the second best team looks that much worse. It arguably kept Arizona State in 2007 from earning a BCS berth. The round-robin system doesn't seem to do the conference any good, a self-fulfilling prophecy that we weren't good enough to keep up with the best teams in our conference.

More importantly, the Rose Bowl tie-in would compel the Committee to pick a Pac-10 team. Because USC stumbles, they fall into that Pac-10 slot, and other bowls are less interested in taking a Pac-10 at-large in favor of the big schools from the east.

By contrast, our Rose Bowl devil pact partners in the Big Ten play inferior schedules against weaker OOC opponents, and they've been rewarded with at-large bids SIX of the last seven years. Much of this has to do with the Rose Bowl tie-in, which for whatever reason has always accepted a Big Ten team (a totally undeserving Illinois team in 2007). Ohio State has for the most part been the class of the conference, blasting through the rest of the schedule while benefiting from teams in other conferences stumbling from difficult conference opponents; they've earned two national championship berths while their runner up takes the Rose Bowl tie-in. Jim Delaney probably couldn't care less about the criticism he gets from the other conferences; he gets two teams in the big bowls, he's done his job. The system benefits his conference.

Big 10 teams have eleven opponents in their conference and only schedule eight, like their SEC/Big 12 counterparts. We could go through those conferences too and find similar inequities. The Left Coast Conference continues to flagellate itself in search of utopian ideals, that somehow because we play tougher teams we garner greater respect. Nopes.

No other conference seems willing to go past the current eight games in conference alignment, not willing to sacrifice precious chances to beat up on the Citadels and Troys of the world. And they get away with this crap every season, we shrug our shoulders, and hope that next season is different. Where's that definition of insanity again?

If our goal is to make a Rose Bowl, then the Pac-10 is best served shedding that extra conference game and returning to an eight team conference schedule like the rest of the big conference schools. At least until the BCS becomes part of the past.