Share All sharing options for: Remembering the Seniors: Worrell Williams 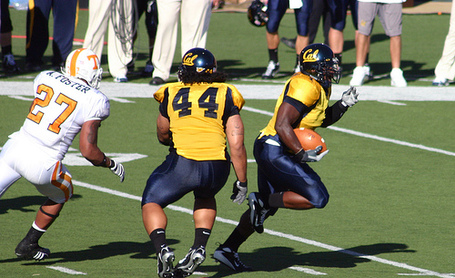 We thought we should go senior by senior and take a gander at their Cal career.  Some photos.  Some videos.  Some stats.  And if HydroTech has any personal stories of his time with the team, he'd share them.  We did Nate Longshore months ago, because Twist screwed up the scheduling.  Also, he's so dreamy!  And we just did Alex Mack. And, then, Will Ta'ufo'ou.  And then Jordan Kay.  And then Anthony Felder. And then we did Rulon Davis. Then, we did Tom Schneider. And then we did Cameron Morrah.  Then, we did Zack Follett.

Today, we do Worrell Williams.

TwistNHook:  If I remember correctly, Worrell Williams was, initially, the most heralded of the three LBs who would lead the 2008 Cal football team.  Perhaps the moment he is most remembered for is his scoop and score against Tennessee in 2007.  Pain Train had just crushed the Tennessee QB and the ball was loose upon the ground.  Williams grabbed it and sprinted for an easy score.

However, for one shining moment, in one shining evening, our wildest dreams seemed eminently possible thanks to Worrell Williams!

Yellow Fever:  I remember being predisposed to liking Worrell Williams from the moment that I read that he was D.J. Williams' little brother.  While he didn't have quite the impact that big brother did, and definitely won't be drafted as highly, he was a good linebacker during his time here.  Unfortunately there weren't a great deal of big plays like the one that Twist just mentioned, but he was more solid than spectacular.

The one thing I remember about Williams was that when he first arrived on campus, fans were so concerned with his weight and lack of speed that they thought he might be better off at DE.  Williams is actually a fairly athletic guy for his body type and size and did just fine at LB. 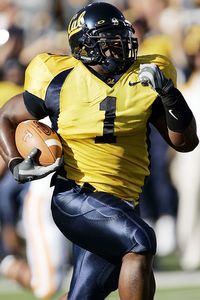 Looking there, it appears that 2007 was his best season.  105 total tackles compared to just 64 last year.  What do you think accounts for the decrease in tackles?  Williams didn't seem to decrease as a player, in my view, from 2007-2008.

Avinash:  Probably a few things. The switch from the 4-3 to the 3-4 distributed more of the tackles among the linebackers (Felder's numbers, also pretty high, dropped too). Zack was more central to the formation (rather than playing a rover role for much of his time there), so his numbers rose too, and Mohamed emerged as the unsung hero of the linebacking corps. You see a fairly even distribution of tackles, and overall the linebackers had an increase in tackling numbers (260ish to 320ish), so I'd say Williams did fine.

Also the secondary and D-Line were much much better than last year. 105 tackles probably meant a lot of other defenders weren't carrying their share of the load. 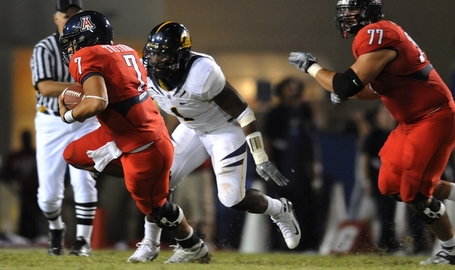 Does anyone have a key play they can remember Worrell by? Obviously scooping up that TD against Tennessee was pretty epic.

TwistNHook:  Didn't Worrell also have that key interception against Oregon in 2008 right at the start of the 2nd half that put Cal down to the 3 yard line?

HydroTech:  I agree with Avi that William's drop in production from 2007 to 2008 has to do with the switch to the 3-4 as well as our defense being much as a whole.  This situation reminds of me of Donnie McCleskey from the early Tedford years.  He once had over 100 tackles in a season.  That was a great season for him but meant our defense was bad because everything was getting past our DL, and LBs and into the secondary.  So William's drop in production from 2007 definitely shows that our DL was more effective in 2008 and our other LBs were also picking up tackles too in 2008.

Avinash:  Williams is one of those guys who fit well into that group dynamic, where everyone took a role. I wouldn't be surprised if he enjoyed this season much more than his productive 2007 campaign because he didn't have to shoulder much of the load.

Again, just like Felder, he had trouble shaking off blockers this year, so they worked much better in the open field or in teams rather than as individual players. I'd say both of them will have to work on that part of their game if they plan on being solid NFL players, since in the pros they'll have to do a lot more one-on-one play against huge O-linemen. 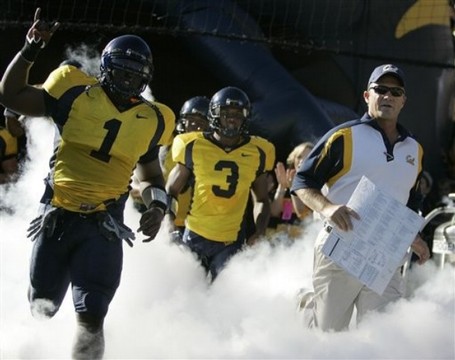 Avinash:  Late rounds? He's a fine, but somewhat unremarkable linebacker. He's undersized, but unlike Zack doesn't have a particular skill that can distinguish him. He can fit into a system, but he's got awhiles to go.

HydroTech:  I'm thinking somewhere from the 5th round if a team values him, to the 7th.  I do think he will get drafted though.

CBKWit:  Worrell came in a year before Follett and Felder - he joined the team in the fall of '04 and took a redshirt year, while our other graduating linebackers came to Berkeley in 2005 and played as true freshman.  I remember hearing practice reports gushing about Worrell's athleticism (I believe he was the one who broke Manderino's jaw), but it seemed to me that he preformed better in drills than he did in games.  This isn't to say that he wasn't a good or productive player; on the contrary, he certainly was, and his johnny-on-the-spot fumble return for a TD against Tennessee set the tone for the game.  The stadium went absolutely berzerk on that play, and we should remember him fondly for this at least.  Avinash is spot on with his comment that Worrell struggled to get off blocks - he did at times, and also struggled with poor pursuit angles on occasion.  These are things that don't necessarily show up in simple 1-on-1 drills but are definitely revealed in a game, which may account for the hype out of practice.  Not every player can be a star, however, and Williams was certainly a steady contributor for a number of years.

I don't have a lot of memories about Worrell Williams except for one.

One day at practice, the linebackers (including Worrell) were catching a water break between drills.  I happened to overhear the topic of their conversation: women.

The discussion focused on what aspects of women the players liked the best.  I'll keep the parties anonymous, but here is how the conversation went more or less:

X Player: "Do you like skinny girls or girls with big butts?"

Y Player: "I don't like girls with big butts."

X Player: "You don't?  I love girls with a big bootie.  Do you like girls with those line things on the back of their thighs?"

X Player: "Man, [emphatically] I love that!  More cushion for the pushin'."