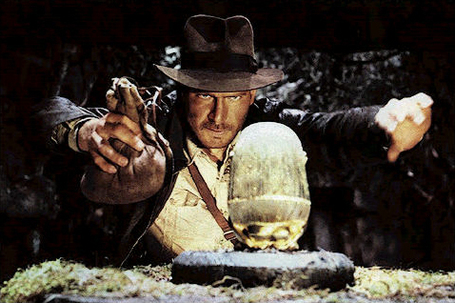 "Paragon SC right before he got the Pac10 Roundtable from us!" via www.jonathanpthomas.com

So, now we have to fight back.  Maybe we should ask CGB North how to fight back against an invader.  Then again, given the current state of their pathetic insurgency, maybe not.  Don't need to take lessons on losing from the losers.  Let's just grin and bear it this week and fight back next week.

You have might defeated us this time, Conquest Chronicles, but very soon the Pac10 Roundtable will be ours again.  Hope you keep your head on a swivel, because heavy hangs the head that wears the crown.

Moreover, this week's hypothesis:  Oh wait, there is no hypothesis.  NO HYPOTHESIS?!?!?!?  That's how much Conquest Chronicles has ruined the Pac10 Roundtable.  You'll be safe soon Pac10 Roundtable!!!!  Be strong!!!!  We'll have an extra special hypothesis for you next week.  BE SAFE!!

Conquest Chronicles:  THE MONOPOLY ON THE P10 ROUNDTABLE IS OVER and now I'm calling the shots this week. With that being said, I have only marginal writing skills and creativity so I'm just going to throw out the most obvious question possible. The Pac 10 tournament seedings are out, and this is the time of year when legends are born (...and quickly forgotten), so give your tournament predictions, either for individual games or the whole thing, and let us know what your team is playing for. And for your reference, here is the schedule and seedings:

Also, feel free to sing my praises for breaking CGB's iron grip on the roundtable in your posts.

CougCenter: I think it's pretty obvious that the prohibitive favorite has to be Washington. I held out hope yesterday that the Cougs could go into Hec-Ed yesterday and emerge with their fourth consecutive win, but the one thing that worried me above all else was the Huskies' depth. WSU had made its living in the previous weekend wearing down a couple of tired teams, but Washington didn't wear down one iota on Saturday. They're just so outstanding 1 through 10 that Lorenzo Romar can mix and match in ways no one else in the conference can.

Conquest Chronicles: I'm not so sure Washington is the prohibitive favorite to win. Looking at their conference record, 3 of their losses came against some of the better Pac 10 teams on the road, and all three were double digit losses (OK OK, Arizona only beat them by nine). However, the most illuminating statistic has to be this; in Pac 10 play at home the Huskies average 35.56 free throw attempts while on the road they average only 21.78. Let that sink in for a moment and then tell me that they are still the prohibitive favorites.

Anyways, SC has to win at least two to be in the NCAA tournament discussion, and has interesting matchups to get there. I really like our chances against Cal as the trojans played them tough on both meetings, and although I think SC would have a better chance at beating anyone else in conference I would want nothing else than a third game against UCLA in the 2nd round. Outside of SC though, there are some really fantastic matchups in the early rounds. Assuming WSU takes down Oregon, the Cougar-Bruin game should be a great contest, I also think that either Stanford or OSU really has a shot at surprising UW, and I will definitely tune in to watch Arizona vs. ASU. All in all, it is a really exciting bunch of games, especially considering all of the contrasting styles of play that are used around the Pac.

California Golden Blogs:  CONQUEST CHRONICLES, YOU WILL RUE THIS DAY!  THIS WILL BE THE DAY OF YOUR RUE!  RUE WILL BE THE WORD THAT, ULTIMATELY, YOU WILL ASSOCIATE WITH MARCH 11, 2009!  YOU WILL REGRET THIS ROUNDTABLE COUP!  WHO WILL JOIN ME TO HELP RUN THIS INSURGENCY?  I NEED SUICIDE BOMBERS!

In an unrelated story, the Pac10 Tournament is coming up.  Perhaps we should discuss who might win.  Perhaps.

Firstly, I think most Cal fans are very nervous about the game against USC.  They lost to USC in LA and beat USC in OT at home.  Now, yes, USC is slumping, but they need to win to get in.  And Cal does not.  We just saw on Saturday against ASU what can happen when Cal loses focus.  USC NEEDS this a lot more than Cal does.

Moreover, it is essentially a USC home game.

Speaking of home games, I believe UCLA will win.  UCLA has clearly had some up and down times this season.  But they did beat UW at home.  And UCLA is in a position where they want to make up for a few embarassments this season.  Winning the Pac10 Tournament would clearly do that.  Mark it down for UCLA.  I'm calling it.  And I, TwistNHook, have never been wrong.  Now, if you'll excuse me, I need to call my broker to place more investments into Circuit City, AIG, The Sharper Image, Ann Taylor, and the Republican Party. 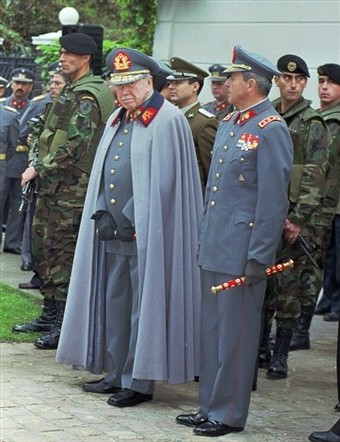 "We must ready the infantry to protect the Roundtable before the CGB Hordes start their attack, Laughing Stock"  via cache.daylife.com

Conquest Chronicles:  Sounds like major rueage to me...will this be like Gettysburg? Will I be able to bring a pick-a-nic basket (Yogi Bear reference there) to watch the carnage?

UCLA will rise to the challenge and win the tourney. Without looking at the P-10 tourney brackets Washington and ASU will be the only competition...that is throwing a dart at a board as I am totally clueless when it comes to hoops!

CougCenter: Trust me, nobody hopes Washington loses more than us, but I'm really surprised most people are so quick to dismiss the team that just won the conference title. Why is everyone so down on the Huskies? Do you guys just not believe they're for real?

Pitchfork Nation: Trust me, Washington is for real. Take it from the team whose soul was crushed not once but TWO WHOLE TIMES by the Huskies! It's scary enough that Thomas and Dentmon shoot the lights out, but when you add Jon Brockman's strength down the middle, there's almost no response to what Washington brings to the floor on a nightly basis. UCLA is definitely more tournament seasoned, but UW is just a better team.

California Golden Blogs:  Well, perhaps from our vantage point, having watched UW get swept by Cal and being swept by UCLA, we aren't as high as others on UW.  Our perceptions could be inaccurate.  Fair enough.

But let's say the seeds go as planned and its UCLA-UW in the finals.  In LA.  Well, we've seen that already!

UCLA took the lead after 8 minutes and never relinquished it.    A few notes from the ESPN recap:

That is a disparity Cal fans know all too well. 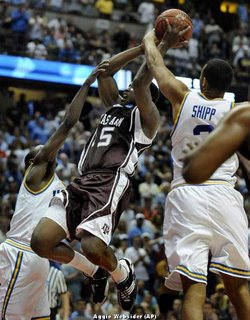 "In Los Angeles, this is a foul on Texas A+M." via bp0.blogger.com

"Aboya helped hold Brockman to just three field goals in the second half despite being affected by flu-like symptoms. A dehydrated Aboya required an IV after the game, something that was attempted at halftime but failed when a vein in his arm couldn't be located."

Aboya, one of UCLA's best players, was ill last time.  Prolly isn't ill this time.  Although sick with it, he's not ill.  So, that can only help UCLA again.

Conquest Chronicles: Don't get me wrong, Washington is a very good team. But the way things have played out over the season it seems clear to me that there is no one dominant team in the Pac 10, just a bunch of good teams which makes it difficult to actually pick anyone to win the tournament. Besides, being so fashion conscious makes it so that I can't just pick the team that won the conference, and there is no chance I would pick UCLA to win it all on principle (ie bias) alone.

California Golden Blogs:  I think CC has basically put their finger on the button here.  There isn't anybody who stands heads and shoulders above the rest of the Pac10.  So, while it is conceivable than most any team could win it, you gotta go with the team with the home field advantage.  That's what we believe will put UCLA over the top here.