Why reinvent the wheel? We already faced the Washingtons. I already did a YouTube Thursday with videos of those players. Let's just reuse, reduce, and recycle. This is green blogging. It's like regular blogging, but with haughty disdain. More so.

If that's even possible.

So, here we go, some WSU Cougars videos. I did try to find new ones. Like this one about the WSU-Stanford game:

Here is the WSU preview from the official site:

Cal-Washington State Series History
In their last meeting, on Jan. 8, 2008, the Bears beat Washington State, 57-50, in Pullman. Last year, when these teams met at Haas Pavilion, the Cougars beat the Bears, 70-49. Cal holds the all-time series lead at 69-45.

But here are the same videos from before:

WSU is currently being led by the Baynes Train, Aron Baynes:

There is also Taylor Rochestie to keep an eye on:

Tonight, we face UW. Here is their scouting report:

Washington Scouting Report
A Look at Washington
Washington recently cracked the AP and USA Today Top 25 polls, coming in at No. 22 and 25, respectively. The Huskies have won 14 of their last 16 and split the weekend series in Arizona last weekend, including defeating then-No. 14 Arizona State , 84-71. Washington currently sits atop the Pac-10 standings with UCLA.

Cal-Washington Series History
Cal beat Washington twice last season, including an 84-81 win in the Pac-10 Tournament. Earlier this season, the Bears emerged victorious in Seattle after a three-overtime thriller that ended with Cal winning by a score of 88-85. Cal holds a slim 75-73 lead in the all-time series.

Washington Head Coach Lorenzo Romar
Lorenzo Romar is in his seventh season as head coach at Washington after directing the team to 109 wins since 2004, the second-best five-year record in school history. UW participated in three consecutive NCAA Tournaments, from 2004-06, for just the second time.

Here are some videos on UW players:

And their big C, Jon Brockman:

He apparently loves to eat:

There are a few words that seem odd together. Samurai Peanut Redenbacher. Brownie Parrot Blue. And, of course, Hilarious Bruins Nation Moderator. 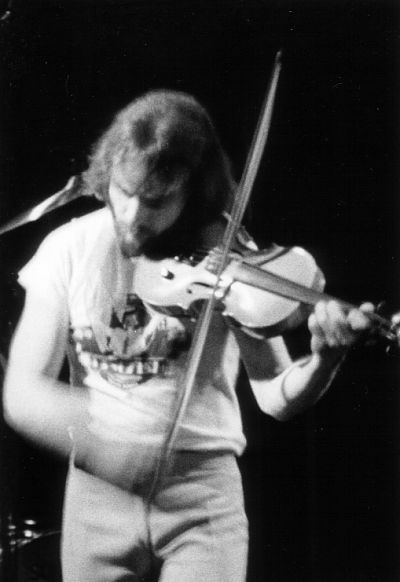 When it comes to jazz violinists, honestly Jean Luc Ponty is not at the top of my list. I love more classic sounding players like Stephane Grappelli or Regina Carter. Compared to them, Jean Luc and his thin, electric violin are sort of an oddity. But what an oddity!

Check out this video. This music is OK. But add in this footage and it's the height of kitschy delight: