Ah, Oregon State, our ancient nemesis. First your ruin our 2007 football season, now you're trying to ruin our basketball season too. What did we ever do to you??

The Bears take to the Gill Coliseum court today in Corvallis to try and avenge their only home loss of the year, a 69-65 upset in which the Bears led by 11 with just under 10 minutes to play, but only scored 3 points the rest of the way in an embarassing meltdown.

A win today would not only avenge that earlier loss (the only "bad loss" on their résumé), but it would give the Bears a sweep for the weekend and assure them of a winning conference record. In my mind, it would also pretty much wrap up an invitation to the NCAA tournament as well. A loss, however, sets the Bears back dearly, meaning the Bears will have at least one and probably two of their final four games (vs. USC, vs. UCLA, @ Arizona, @ Arizona State), none of which will be easy. It also means that, while they'll have a season sweep of Washington on their record, they'd all have been swept by Oregon State. If one were so inclined, one could call this Cal's "Bracket Buster" game.

JustinTV streams the game. As does ChannelSurfing. Which is good, because most of you, like me, won't get this game on their TV. 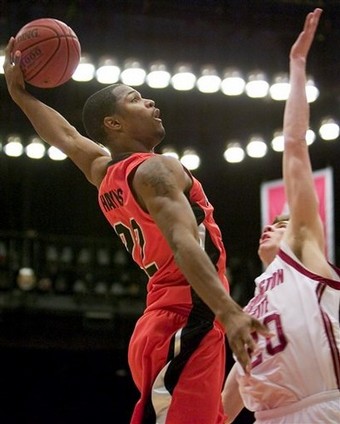 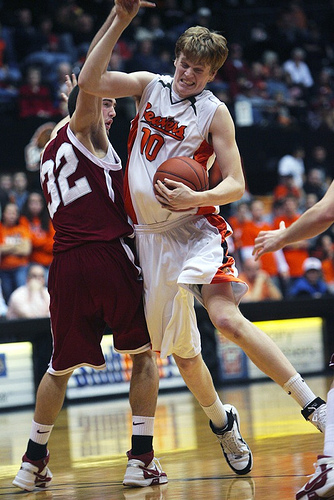 Calvin Haynes and Roeland Schaftenaar are the Beavers Cal is going to have to contain. - Images via farm3.static.flickr.com and cache.daylife.com