It's February 19th, and the Cal Men's Basketball team will be going for win No. 20 tonight in Eugene, Oregon. Raise your hand if you thought this might happen this year.

...put your hand down, Twist. You didn't foresee nothin'!

Shockingly, the Bears are thisclose to a 20-win season in Mike Montgomery's first attempt with the Bears, and they get to try for it against an Oregon squad that has yet to win a Pac-10 game this year. I say they get it, although this will hardly be a pushover. Oregon has been fiesty as of late, and the last time Cal faced the Ducks, the Bears played poorly and were lucky to escape with a 7-point victory. Here's hopin' for better times tonight.

JustinTV streams the game. As does ChannelSurfing. 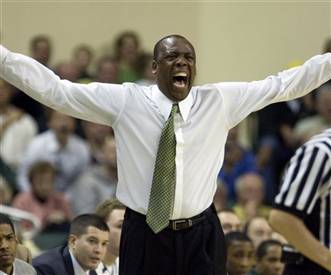 "What the heck has gone wrong with my team?!?!?" - Image via nbcsportsmedia4.msnbc.com