Share All sharing options for: Basketball is simply awesome

Last month's loss to the Cardinal was a simple case of Stanford hitting an inordinate amount of shots (try 55%) despite passable defense from the Bears.  Throw in a little home cooking from the refs (17 free throws to 3??) and you have the formula for a 6 point Cal loss.

I didn't think Stanford could shoot much better than that, and I was painfully wrong.  According to BearTalk, Stanford shot a preposterous 67.9% in the first half, including 75% (75%!!) on 12 three-point shots, and I'm not sure it wasn't higher - BearBallCarrier's sources said it was 74% (with 8-10 on threes) in the half.  I pegged it at about 70%, a terribly disheartening figure if you're on the other side.  To make matters worse, it wasn't that Stanford was hitting difficult, contested, or lucky shots - most of them were open jumpers that the Bears simply failed to close out.  70% is absolutely ridiculous in any situation, but 60% would have been understandable against the Bear's lackadaisical defense.  If you feel fortunate to be down only 14 points at half, as I did, your team played a pretty terrible half.  With Valentine's Day rapidly slipping away, Cal needed a hero, preferably one with long, flowing hair and eyes like fire.  And good perimeter defense. 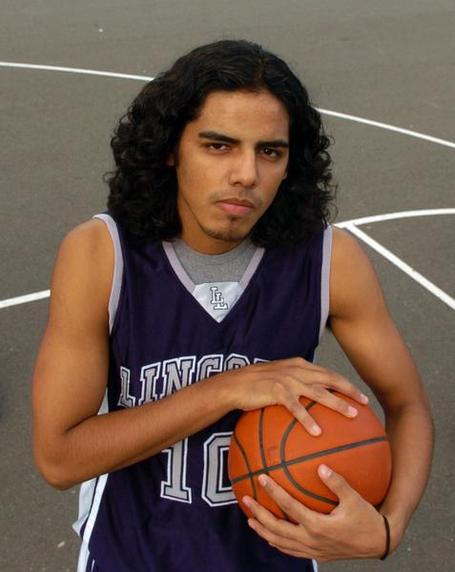 Today is the day that Jorge saved basketball for me

My good friend Zoonews is not what you'd call a basketball fan ("they should just start the game with 2 minutes left"), but even he was helpless to resist the glory that was Jorge Gutierrez.  He sent me that text about midway through the second half, perhaps after Jorge raced down the court, intercepted a pass, and threw it off Landry Fields to save possession, or maybe when he fouled Anthony Goods' elbow with his nose and stared him down from the ground.  Jorge had such a consistent, unwavering impact on the game that it was difficult to elevate one particular moment - the final 24 minutes were one giant Jorge extravaganza.  After the game, I called my friend Zack on the east coast and tried to explain how a true freshman averaging 17 minutes, 4 points, 3 boards, and more turnovers than assists brought Cal back from 22 points down to beat our snobby archrival.  I couldn't do it.  "I wish I could describe how good Jorge was", I said, and I wish I could describe it in this space.  I watched a replay of the game (free on on-demand until the end of the month!), and Jorge looked good, but it wasn't the phenomenal, intense, dominant performance that I witnessed at Haas.  If you were one of the people in the sort-of almost sellout crowd, you know exactly what I'm talking about, and if you weren't, no replay or highlight reel or recap can accurately recreate what happened in Berkeley on Saturday.

Jorge's stat line was more unique than spectacular, fitting for a guy who isn't really a point guard or a shooting guard, a perimeter player without a great handle or a particularly good jump shot.  In thirty minutes, Jorge went for 10 points, 8 rebounds, 5 steals, 0 assists (?), 1 turnover, and 4 fouls.  If you saw the WSU game, the rebounds shouldn't surprise you; he grabbed most of the tough defensive boards down the stretch against the Cougs, and now has led the team in rebounding for two games in a row.  Ten points ties his season (and career) high, a nice bonus but probably not enough, by themself, to win a high scoring game.  Zero assists is puzzling and probably a bit disingenuous, as Jorge had a number of quasi-assists, including the outlet to Randle for the go ahead bucket late in the second half.  What should jump out are the 5 steals and the single turnover.  I can't recall Jorge's one turnover, either from Saturday or from watching the replay, which is a remarkable turnaround from his 11 turnovers versus the Oregon and LA schools less than a month ago.  It's even more impressive given that Jorge played the point for a decent portion of the second half, allowing Randle to play off the ball and avoid Stanford's perimeter traps.

Still, the most impressive feat was Jorge's defense.  5 steals is a lot for any player, in any game, but I was convinced Jorge had more.  While watching the replay, I kept a tally of Jorge's "steals", basically any ball he acquired that should have belonged to the Cardinal.  By my count, he finished with ten and a half, an impressive collection of loose balls, stolen rebounds, and outright steals.  Although he was only credited with 5 steals, his disruptive play created another 5 at least, which is what Monty was referencing when he said "Jorge came in and he just guards like eight guys."

This all adds up to a very solid game, but it was Jorge's timing and tenacity above all else that made the greatest impact.  Down by 22 points with only 4 minutes to go in the first half, Jorge entered the game for the second time (he played an ineffective minute or so earlier in the game) and, with 3 steals and 4 points, sparked an 11-3 Cal run to bring the deficit to a more manageable 14.  Cal erased most of the Cardinal advantage early in the second half, but Cal didn't take the lead until Jorge stole the ball and fed an outlet pass to Randle with less than four minutes to go.  Finally, with only a two point lead and less than two minutes remaining in the game, Jorge received the ball on the perimeter late in the shot clock, head faked to get his man in the air, stepped up, and calmly hit a 16 footer to make it a two possession game. 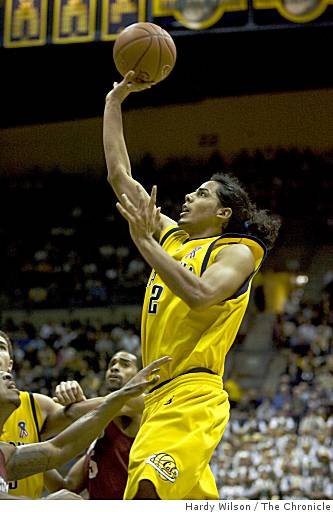 After the game, Jorge, exhausted, leaned on one of his teammates as they exited the floor.  30 minutes was a season high, save for 36 in the triple-overtime UW classic, but like most of his other stats, 30 minutes doesn't tell the whole story.  This was an intense, energetic, relentless 30 minutes, 30 minutes in which Jorge led the team in rebounds, steals, played the point, scored 10 points, hounded and held his man (Anthony Goods) to only 3 second half points (all free throws), and, most importantly, provided the energy necessary to overcome a seemingly insurmountable deficit.  It's hard to pick one play to encapsulate his afternoon, but the sequence when he switched to follow a player into the paint, recovered from underneath the basket to his man outside the three point line, intercepted the pass, and finished with a lay-in to begin Cal's first half run is a good start.  Here he demonstrated good team defense, a great read on the play, fantastic hustle, and a clutch finish, just like he did for 30 minutes.

After 900 words, I still haven't accurately described just how good Jorge Gutierrez was on Saturday afternoon.  Quite simply, without Jorge, we lose this game by double digits. 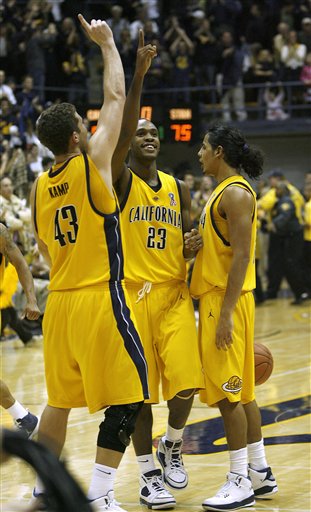 Jorge was not without help.  Jamal Boykin played well while he was in the game, but a couple of stupid fouls limited him to only 16 minutes.  This paved the way for our secondary MVP, Harper Kamp.  Harper was a human wrecking ball down low, grabbing 3 offensive boards and a multitude of second chance points to go with good low post defense on Lawrence Hill.  He also kicked in 5 free throws in 7 chances (not bad for a 50% free throw shooter), one of which (the front end of a 1-1 with less than a minute left in the game) bounced straight up from the rim and fell through, giving Stanford a bit of their own medicine.

Randle and Christopher also deserve commendation for their efforts.  Randle finally dominated mole rat Johnson in a winning effort, going for 18 points, 7 rebounds, and 8 assists to only 3 turnovers (Johnson, for comparison's sake, finished with 5 points, 8 assists, and 6 turnovers).  When not faced with a double team, Randle beat Johnson off the dribble with ease and scored 7 straight points late in the second half, turning a 6 point deficit into Cal's first lead since the opening minutes of the game.  Christopher had a game high 21 points and hit a huge three pointer to give Cal a four point lead with less than 3 minutes to go.

These guys, along with Theo, are our best and most valuable players, and have carried the team to a 19-6 record with an NCAA tournament berth within reach.  Still, Saturday will be remembered as "the time Jorge saved Valentine's day", and if that sounds too much like the title of a Berenstain Bears' novel, I don't care.  It's Jorge's world, and Sister Bear is just living in it. 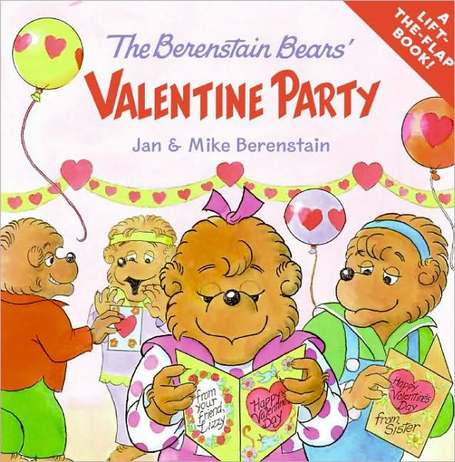