Pac10 Roundtable: I'm throwing his hat in the ring

Share All sharing options for: Pac10 Roundtable: I'm throwing his hat in the ring

That's right. I want danzig to be commerce secretary! So far the only seeming requirements are that you aren't being investigated by a grand jury for some sort of opaque scam and that you aren't a Republican from New Hampshire. Luckily, the grand juries are only investigating danzig for grand theft our hearts and minds. And danzig hates New Hampshire ever since they wouldn't change their state name from The Granite State to The Danzig's Abs State. I mean its pretty much the same thing. 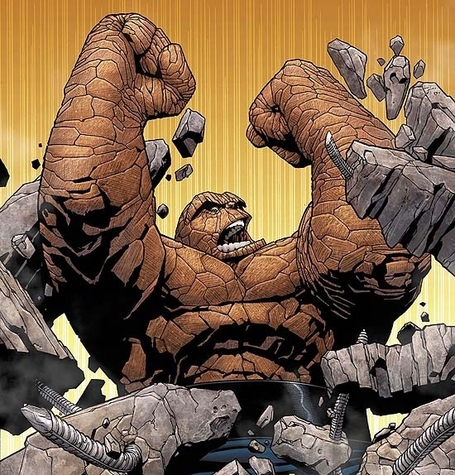 "Yes, danzig has been working out, how did you notice?" via i154.photobucket.com

Plus, not only is danzig incredibly good at commerce, but Cal grads have already been secretary of commerce. Norman Mineta was Secretary Of Commerce earlier this decade. And let's check him out:

He graduated from the University of California, Berkeley's School of Business Administration (since named in honor of Walter A. Haas, Sr.) in 1953 with a degree in Business Administration. Upon graduation, Mineta joined the US Army and served as an intelligence officer in Japan and Korea. He then joined his father in the Mineta Insurance Agency.

That's almost exactly the same story as danzig. Except danzig graduated from UC Danzig's Danzig School Of Danzig Administration. It was where he learned all of his danzig-edness. It was actually later named after him. Previously, it was named the Brock Mansion Finishing School For Ladies.

So, that is why I think danzig should be the Commerce Secretary. And that grand jury shouldn't indict him. Oh yeah, after the fold is the Pac10 Roundtable. Almost forgot. Really should get to that.

1. Is it too early to start thinking about the NFL draft? Tell us about one of your players expected to go in this year's draft.

HydroTech: Yes, it is too early to start thinking about the NFL draft.

TwistNHook: You don't think it's too early to start discussing Alex Mack? He is one of the finest Centers to ever play for Cal and we were lucky to watch him these past several years.

ESPN currently ranks Mack as the 32nd best player and the #1 Center. They have him going to the Steelers at the end of the first round. Now, wouldn't that be a great match? Those great Steelers teams are always predicated on a great OLine. Giving Big Ben plenty of time to scramble around and make a play. Or paving the way for a dedicated rushing attack. Mack would be great there. Of course, ESPN is often wrong, but no matter where Mack goes, a team will be lucky to have him in the trenches.

Harden does lead the conference in scoring (and is up there in both rebounds and assists), though I would be remiss if I didn't bring up Jordan Hill, who is destroying the rest of the conference (including Jon Brockman) and is third in scoring average. They're both monster players at different positions, though since Harden's Sun Devils got the best of Hill's Wildcats in their first meeting this year, I'm going to have to stick with James Harden.

3. Football season is over, no one cares about basketball anymore because Oregon is 0-12. How is your school doing in sports that may not get the publicity that Football and Basketball get?
TwistNHook: Does women's basketball count? It doesn't kwite get the pub that football and men's basketball get. But I feel as if it is growing. Cal, right now, is undefeated in the Pac10. We have a HUGE game coming up against Stanford for Pac10 primacy. We defeated them in our house and now we take the fight to them. Last time, they octuple teamed potential National Player Of The Year, Ashley Walker. Alexis Grey-Lawson took advantage of the lack of defense by Stanford to make it rain with 37 points. 37! Can she do it again? Will Stanford throw up the same defensive stance as before?

Cal's men team is having a surprisingly good season this year. They are on pace to make the tourney and maybe snag a 7 seed of some sort. But the women's team is in the running to potentially get a #1 seed. We are talking Final Four-type team here. Clearly, there is a LOT of basketball left to be played, but this could be a special season for our women's basketball team. Go Bears!
4. Give us a random fact about your University that people may not know. The more juicy and scandalous, the better! Extra points for it being true!
TwistNHook: Here is a random fact few people know. There is an ancient Indian burial ground on the campus. It is actually right next to the stadium. In honor of all the ancient Indians buried there, a sacred forest was planted. Many many Berkeley residents enjoy this grove with its lush green trees and innumerable species, each one more endangered than the last.

So, there you go. You learned something new about this jewel of a sacred burial memorial unicorn forest right next to the stadium. May it never leave us.

5. Ragnarok over at the California Golden Blogs wrote this magnum opus about a Faustian re-organization of college football entitled "A Total College Football Reorganization."

So, what are your thoughts on his seemingly controversial re-org? Moreover, what does Faustian mean? I just google important sounding words to get a vague appreciation of them and then put them into sentences in places where they seem like they might make actual sense. Hope I "NAILED IT" with this one.

Ragnarok: Man, that guy has no idea what he's talking about. He just shoved some colored markers around willy-nilly, with little to no regard to 100+ years of football history and rivalry. Splitting up Texas and Oklahoma? Tennessee and Alabama? If I had as much time available to waste as this guy, I would have done a much better job. Or maybe I would have put the laptop down and gone outside, interacted with other people and such. Maybe we could have had a nice little discussion on the origins of the term "Faustian" and its proper use in modern-day English. Were I to, you know, have that much time to kill.

And again UC Eugene has done the dirty work to collate the blog vote on Pac10 B-Ball supremacy. For that, their food rationing shall be lessened slightly.