Cal's Men's Basketball team opens its season tonight at home vs. the Murray State Racers.  Now, since "Murray" is not one of the Fifty United States, it would be pretty easy to overlook them, especially given that Cal has been consistently ranked in the Top 20 of preseason basketball polls, and is looking forward to a pair of tough games in Madison Square Garden next week for the Coaches v. Cancer Classic.  This, I believe, would be a mistake.

Murray State (located in Murray, Kentucky) has long been a power in the Ohio Valley Conference, winning the league a record 20 times, though they haven't won it since 2006, finishing second each of the last three years.  They're also picked to win the league again this year, the 13th time in the last 21 years they've been tabbed as the preseason favorite.  Looking at their roster, it's not hard to see why.

The Racers return four starters, including their top three scorers, from a team that went 19-12 last year.  Ken Pomeroy rated them the 137th best team in the country last year, ahead of teams like Rutgers and Oregon.  Pomeroy also notes that last year's team's strengths included offensive rebounding and defending the three-point shot.  Our only common opponent from last year was Missouri, whom they lost to by 11, instead of the 27 Cal fell by (both games in Columbus, MO).

Your game information is as follows:

After the jump, we'll take a look around Murray State's roster. 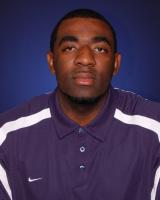 6' 4" Senior Forward Danero Thomas was their leading scorer last season with more than 12 points per game; he also grabbed more than 4 boards per game, and led the team in both blocks AND steals.  Their leading returning 3-point threat, he bucketed just under 30% of his attempts, a far cry from Robertson or Randle. 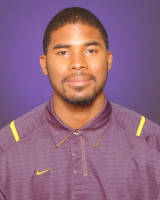 6' 2" Junior Guard Isacc Miles was second on the team in scoring last season, as well as tied for the team lead in assists.  The Creighton transfer is also worth watching from behind the line, though like Thomas, he made less than 30% of his attempts from long range.  Miles also owns the only triple-double in school history, going off for 13 points, 10 boards and 11 assists vs. Tennessee-Martin. 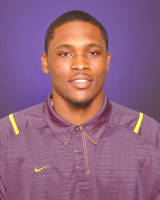 6' 7" Sophomore Forward Ivan Aska led the team in rebounding and was third on the team in scoring during an outstanding freshman year that saw him named Ohio Valley Conference Freshman of the Year.  He shot better than 50% from the floor last year, and I'd bet that a huge percentage of those shots came within a couple feet of the basket. 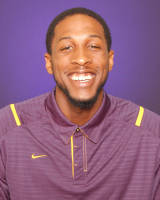 6' 9" Senior Forward Tony Easley is the Racers' other inside scoring threat.  He only averaged 6.7 ppg last year, but shot better than 60% from the floor when he did decide to take a shot.  The team's second leading rebounder and shot-blocker, I'm curious to see how well the shorter Jamal Boykin guards him. 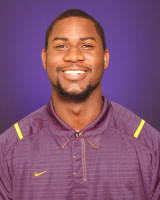 6' 6" Junior Forward Jeffery McClain is not especially tall, but at 230 lbs., is still able to throw his size around.  He started every game last year, and put up more than 6 points and 5 boards per game. 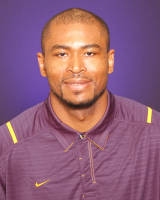 Overall, this team seems to spread the scoring around pretty well.  Leading scorer Thomas averaged just 12.5 per game, but two others averaged better than 10, and four more averaged more than 6 last year.  The rebounding load was similarly shared.  They're not particularly tall (no one comes closer than 6" to Max Zhang), but do have six guys on the roster 6' 6" or taller.

However, a couple of key players ARE gone from last years' team, including point guard Kevin Thomas and leading deep threat Tyler Holloway (his 60 3-pointers last year were more than the next two guys, Thomas and Miles, had combined).  Without true perimeter threats, I'd expect the Racers to attack the basket pretty consistently, so the Bears' defenders better be prepared to keep their men in front of them and try and contest the entry pass.  Without a dominant big man, I'm not sure the Racers can exploit the Bears' biggest weakness to its fullest, but I'd be surprised if they can't find some success inside.  I expect a good challenge, however, and there certainly appears to be enough talent on this roster to pull and upset if the Bears come out sleepwalking.

Finally, a couple quotes from Monty and Randle:

They're one of those dangerous teams that people don't know about out here," Montgomery said. "They've got really good athletes, they really know how to play, and they're very confident. So it's a little bit scary."

"If you look ahead, you're just setting yourself up for an upset," senior point guard Jerome Randle said. "We have to get past these two games, then worry about Syracuse."

Led by senior Danero Thomas, a preseason All-OVC pick and the leader of a three-guard alignment, the Racers attack off the dribble more than they shoot the 3-pointer.

"They're real good off the point of attack, which is a concern for us," Montgomery said.