Last week I tried to make a mental note to remember that yesterday was Tedford's birthday so I could dedicate the Golden Nuggets to such a holiday.  Well, it looks like I forgot.  Forgive me, Tedford, for I have sinned!  I will banish myself to the CBKWit Memorial Dungeon until I have been absolved.

CEE’s Concrete Canoe, Bear Area, and its win at the 2009 ASCE National Concrete Canoe Competition, will be honored during the Cal vs. Oregon State University football game on Saturday, November 7, at Memorial Stadium, Berkeley.

All loyal Canoe supporters are invited to a tailgate party at 2 p.m. on the O'Brien Hall breezeway on the Berkeley campus. (Kickoff is at 4:00 p.m.)

Join the Department of Civil and Environmental Engineering in celebrating Bear Area, and our long history of Canoe enthusiasts. (See below for the list of all Canoe Teams since 1988 when the national competition began). Without this tradition of the passing of wisdom from one class to the next, from one generation to the next, CEE would not be the national contender in Canoe that it is.

Supporters who would like to purchase tailgate tickets ($10.00 each) can do so at http://www.brownpapertickets.com/event/84578 .
(The tailgate ticket does not include entry to the game or a parking permit.)

Those who wish to purchase discount tickets for the Cal vs.OSU game may do so by contacting Dan Gee at calcanoefootball@gmail.com. He will provide supporters with the site and promo code. 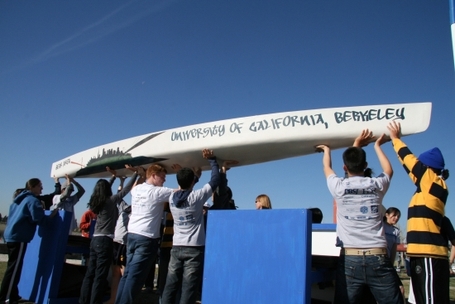 After the jump we have Cal-Arizona television info, articles on the Beavs, Daily Cal's hatred unknown to mankind for the wildcat pass, a preview of men's bball, a successful debut for women's bball, and info on a livechat with Mike Montgomery!