Share All sharing options for: Reveling in Victory - Payback, Arizona

Short Answer. Yes. I think we will make the Rose Bowl.

Ah Arizona Desert Swarm.  So young, so naive.  So unused to heartbreaking losses with so much on the line.  Welcome to our world.  I say this with a whole lot of empathy and a touch of sympathy, but just a touch.  Cal has owed Arizona some serious payback for the 2006 game (find the recap on ESPN if you want - it's too depressing for a link in Reveling in Victory), and it looks like we have it.  Arizona has to run the table against Oregon and Usc, (and ASU, but they don't really count) to make it to Pasadena now.  I hope they win at least one against Oregon or sc, so they can look back at our loss as the one that kept them out of the Rose Bowl.  "If only we had beaten Cal," they will say, just as we said "If only DeSean was wearing a smaller shoe, or if only a ghost hadn't tackled the Hawk at the 1 yard line, or if only the refs hadn't called that ATROCIOUS pass interference on Hughes."  The blood blister I got on my hand from slamming a pizza prong after that PI healed long ago; maybe now they blood blister on my heart can heal as well. 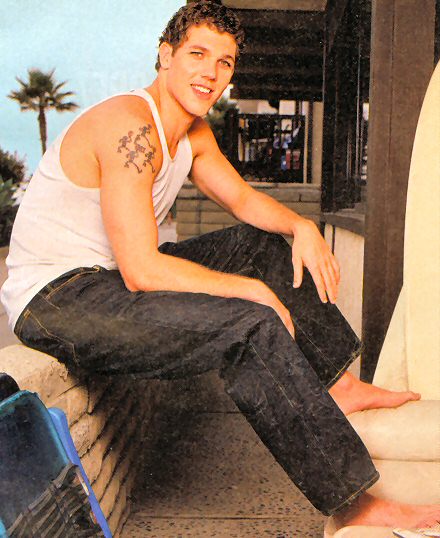 Luke Walton, may you haunt my dreams no more.

I don't think that AZ Desert Swarm was arrogant in answering our question.  A pinch naive, a shade optimistic, yes, but they're a sports blog, and most blogs (with the notable exception: those about Cal) are inherently optimistic.  Our SBN brethren simply made a mistake, but hey, we all do that.  Kevin Riley throwing across his body and leaving it 7 yards short of Boateng for an interception?  Mistake!  Nick Foles first catching his batted pass, then throwing it again?  Two mistakes!  Myself eating apple pie a la mode with a pile of soft serve after a full day of pre and regular reveling?  Big mistake!

Cal made plenty of mistakes during the game, and despite Foles' critical lapse, I didn't feel that Cal won because they were the beneficiary of more lucky breaks.  There were questionable PI calls against both teams, and the refs missed a critical facemask on whoever was trying to tackle Shane Vereen that everyone else in the stadium saw.  No, Cal won this game because they were better than Arizona on the line of scrimmage, both offensively and defensively.  It's been a while since you could say that about Cal, and probably the first time against a good team this year.  Close games (especially lower scoring ones) often come down to line play late in the game, and Saturday night was no exception.  Cal was running the ball effectively even before Vereen's sort of clinching TD sprint, including 10 times for 47 yards on a very impressive 7+ minute drive which culminated in Tavecchio's game winning field goal.  Arizona could not run the ball and, in an incredibly surprising turn of fortune, struggled to protect Nick Foles.  Cal won not because they were lucky; they won because they were better than a good team. 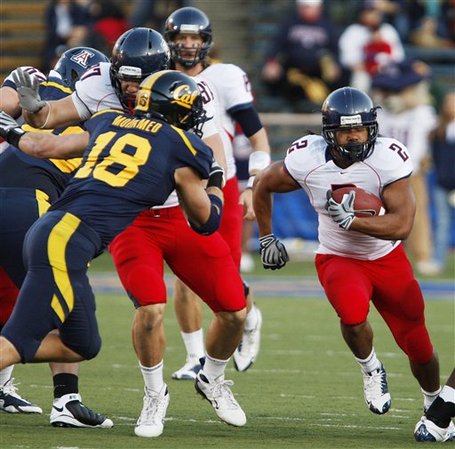 Not this year, little man

After the game, my little group agreed on two things.  One, pine nuts are awesome. 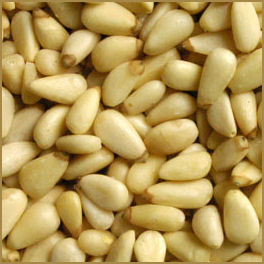 Two, and potentially more relevant, this was a rejuvenating win for the Cal fanbase.  The crowd was into the action, getting stronger as the game went on.  The divisiveness felt during the OSU game was basically gone, replaced by a cohesion last witnessed in the season opener.  I think rushing the field is a little bush league against non top-10 opponents, especially against those you're favored to beat, but ambling down to the field and watching little kids throw footballs around sure beat anything from the Usc or OSU games.  Cal fans broke out into spontaneous cheers in the tunnel exiting the stadium.  Everyone was happy and smiling.  After Jahvid's horrific injury and a thus far underwhelming season, we needed this game.  Football was fun once again. 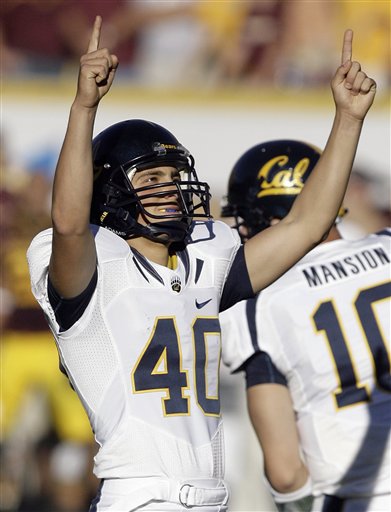 It was fun to watch our highly touted defensive line and secondary match preseason hype.  Cal was able to pressure a QB who had only been sacked 4 times all year - the Bears brought that total to 7.  Cameron Jordan was the force we expected to see all year, while Alualu was great, as always.  It's hard to think that this was his last game in Memorial - my guess is that we're going to miss him more next year than we've missed our departed linebackers this year, especially if Jordan cannot develop Alualu's remarkable consistency.  As for Syd, he's been a starter for what seems like forever (only four years), and it seems worthwhile to investigate whether or not we can grant him tenure. 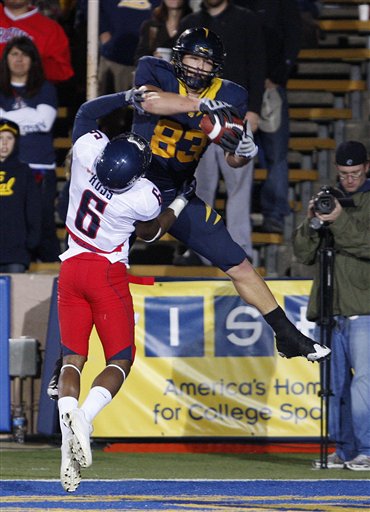 For one week at least , Cal football regained its swagger.  I talked a little trash to Arizona fans afterward ("Don't worry about it guys, you'll get us in basketball.  Jodan Hill is a beast inside and Budinger can really shoot."  They then reminded me that both of those guys are now in the NBA.  Silly me.)  Whether or not we'll be jive talking a week from now is an entirely different matter; it's safe to say that Stanford will be favored, after they put up 50 points in back to back weeks against the teams that held us to 3.  Still, it felt good to revel in the way we expected to revel all year - confident, excited, happy about a win over a good team.  Keeping the furd out of a very plausible Rose Bowl bid?  We may not don't have a BCS team, but that would make for a pretty great season.  See you at Big Game.