On Monday night, our Cal Men's Basketball team got a stiffer-than-expected test from Murray State in the opening game of the Coaches vs. Cancer Classic.  They managed to survive, 75-70, but perhaps the adversity will do them some good.  Tonight, however, it doesn't appear that the Detroit Titans are going to provide quite as big a challenge.

Last season, Detroit finished with just a 7-23 record.  They won just two games in the Horizon league, and they never won back-to-back games.  Their best win (and the only one over an opponent ranked by Ken Pomeroy in the Top 200 last year) was a 5-point home victory over St. Louis.  Versus major-conference competition, both Purdue and Illinois defeated the Titans by more than 30, and even a pretty bad DePaul team (one that Cal beat by 10) managed to defeat Detroit 71-62.  The best that could be said about them is that they twice came within 5 points of an NCAA-caliber Butler team.

To be fair, the Titans shouldn't be quite as bad this season.  They do return their top four scorers from a year ago, three of them now seniors, and add a couple of talented transfers, including what may be the Bears' first real test against a big man inside.

Your game information is as follows:

After the jump, we'll take a closer look at the Detroit roster: 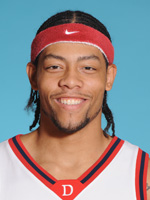 Detroit's leading scorer is 6' 7" senior forward Thomas Kennedy, who poured in better than 11 points per game, shooting more than 50% from within the arc.  He will take a few three-point shots, but seeing as how he made less than a quarter of them last year, I think the Bears will be more than willing to give him that shot.  It's also worth noting that Kennedy led the team in turnovers last year from the small forward position. 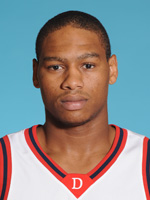 Returning from injury is 6' 7" junior forward Xavier Keeling, who actually led the team in scoring (12.1) and rebounding (6.6) average before being sidelined after seven games due to a foot injury.  There's not much scouting on Keeling, considering he spent the previous year sitting out as a transfer from Indiana, and played sparingly for the Hooiers' as a freshman, but an athlete good enough to be recruited by Indiana is one worth worrying about. 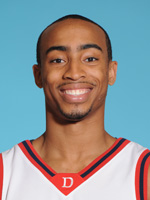 5' 11" senior guard Woody Payne will be manning the point for the Titans.  In addition to leading the team in assists and steals last season, he added better than 8 points per game in scoring.  Still, his assist/turnover ratio was just 1.4, not great for a college point guard. 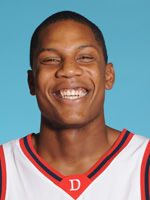 If there's one guy on the Titans' roster that really worries me, it's 6' 10", 255 lb. sophomore center Eli Holman.  Holman, another transfer from Indiana (where he was part of a Top 5 recruiting class for Kelvin Sampson), will be making a homecoming of sorts to the Bay Area, where he was a standout national recruit in high school in Richmond.  He's definitely got the size to cause matchup problems, and if he's got the skills to match the hype (he was a Top 100 recruit out of high school, where he once recorded a quadruple-double (24 points, 12 rebounds, 10 assists, 10 blocks)), he could create real problems inside for our Bears, where he's bigger than even Sanders-Frison and much more athletic than Zhang.  I really don't know what to expect out of him, however, since he really hasn't seen much game action in more than two years.

Other newcomers for the Titans include 6' 5" shooting guard Chase Simon, a transfer from Central Michigan, and 6' 0" guard Lamar Lee, a community college transfer.  If their exhibition games are any guide, both of these guys will see significant playing time (Simon may start), meaning this year's Detroit Titans may not only be significantly more talented than last year's edition, but a significant part of the roster won't have any scouting tape on them.

Just going on last year's stats, Ken Pomeroy declares that the Titans play mostly man defense (good news for the Bears, as they struggled against zones last year).  They weren't particularly good at anything last year; conversely, they were particularly bad at shooting (and offense in general), defending the three-point shot, and were in the bottom 10 in the country in 3-point percentage, and bottom 5 in terms of offensive turnovers.  Kennedy (81) and Payne (74) were the worst last year in terms of turning the ball over, and they're both back and handling the ball plenty, so I don't really anticipate a big improvement in this regard.

Overall, the Titans face a tall task this evening.  I expect their defense to be decent, but unless Holman and their forwards can get going inside AND get a couple of our guys in foul trouble, I really anticipate Detroit having trouble putting points on the board.  The Bears should cruise, and the only question in my mind is whether they take control of the game in the first half or the second.