Don't forget to fill out our feedback form! 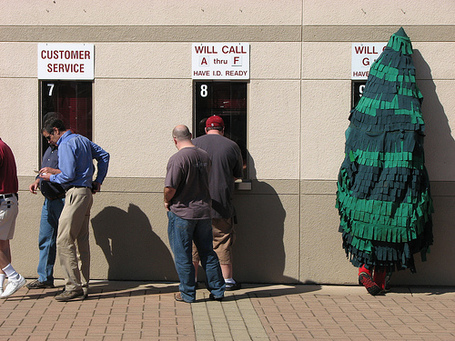 There's no secret as to what the Beavers defense is focusing on stopping Saturday night in Reser.

You can imagine that Oregon State defensive coordinator Mark Banker is staying up late this week, formulating a plan to stop the Pac-10's top rusher and Stanford's smash-mouth attack. Gerhart gave the Beavers fits last year, when he rushed for 147 yards and dealt the Beavers one of what would eventually become just two Pac-10 conference losses.

The Beavers defense will definitely be keyed up for this big conference test that could make or break their season hopes.

The Beavers reloaded after losing eight defensive starters, including four in the secondary, from last season. Oregon State started three newcomers — tackle Brennan Olander, safety Cameron Collins and cornerback Brandon Hardin last week in its victory at Arizona State. (Tim Clark expects to return to his starting spot at the corner this week after having two wisdom teeth pulled.)

"We've seen everything but that so far," he said. "We're going to have to play physically and fast. This guy is hard to bring down one on one. The more people we get to the party, the better we'll be."

Evening thread: Use this to discuss the night games. Bonus points to anyone who finds a Husky-Wildcat open thread after LSU-Florida wraps up.

10:15 PM EST/7:15 PM PSTArizona at Washington, FSN Regional, might have to look for a stream. Quick hits of this game after the jump.

AZ Desert Swarm interviews UW Dawg Pound and gets the general idea as to how teams will stop Jake Locker.

Jake is going to get most of his yards through the air. He isn't running much this year because the coaching staff wants to keep him healthy the entire season. He will run on key third down plays to keep drives alive but the days of him running 12-15 designed running plays are over.That being said he has become the most dangerous passer in the Pac 10 and will be the best QB the Wildcats face this season. The key to containing the Washington passing game is to jam the Husky WR's at the line and take them out of their routes which would ruin their timing with Locker. Putting pressure on Jake and containing him inside the pocket with yourdefensive ends will also limit his options. If Jake has time all night he can make the plays that will beat you.

As for UW Dawg Pound, they focus on how to contain Nick Foles.

The key for Washington is crowd noise and defensive pressure. We need to keep Foles inside the pocket. Our defensive ends have to contain better. Clausen had six or seven seconds to pass sometimes last Saturday. That puts way too much stress on your secondary.

The Huskies have seen plenty of spread in the past. They practiced against it all last season. I don't think we are going to see anything that really surprises us. We just need to apply pressure, get to the ball, and make more tackles.