Two steps forward, one step back

Share All sharing options for: Two steps forward, one step back 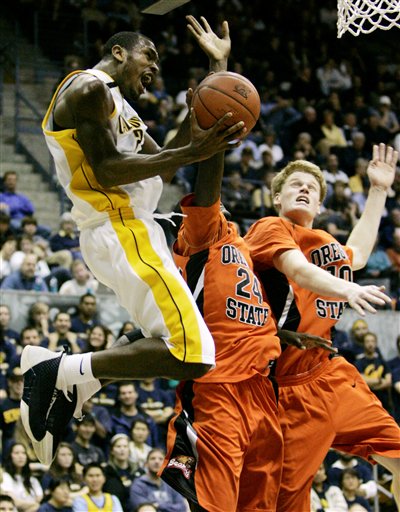 Stunning.  That was all I could say after last night's...well, stunning loss to Oregon State.  I wasn't one of those who was looking to take Cal minus 17, as was the line before the game, but I wasn't particularly worried about the outcome.  I thought that it could be close, that the Beavers would stick around a bit longer than we would like, but that eventually Cal would take control and win by a somewhat comfortable margin.  This is almost exactly how the game played out, at least up until the 9:.27 mark in the second half.  After a number of false starts and stutters, (seeing a 6 point 1st half lead dissolve into a 3 point deficit, only to reclaim a 7 point lead at intermission; watching that 7 point lead fall to 2, then regaining the momentum to go up by 8; losing half of that lead, and then taking control with an 11 to 4 run) Cal finally seemed to be in control with a 62-51 lead.  It wasn't the dominating performance that we would have preferred, but the lead felt safe and I expected the team to cruise to a 10-15 point victory.

Cal would make only one more basket over the final 9+ minutes, a three pointer by Jerome Randle at the 4 minute mark.  Oregon State, on the other hand, scored on 8 of their final 12 possessions (not counting a missed free throw with 8 seconds left), going on a 18-3 run in the process to win the game 69-65.  If you wanted to create an instructional video on how to blow an eleven point lead at home to a 1-5 team, you should have simply filmed the last 10 minutes of this game.  From the multiple turnovers and the lack of movement off the ball to horrible shooting and simple defensive lapses, this was textbook.  Cal may have gotten a raw deal in Palo Alto last week, and for the the first 30 minutes last night they were good enough, but they in no way deserved to win the game.  They were beaten by what is probably a weaker team, but one that certainly didn't play like it. 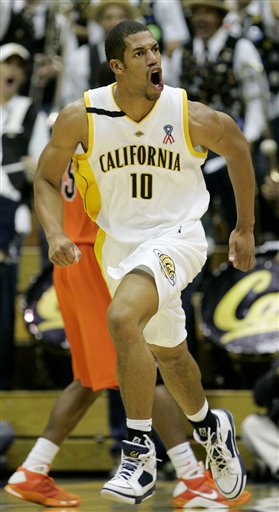 Last night's collapse was not just a bad loss to a bad team;  teams have off nights and lose, but last night revealed problems in coaching and execution that we haven't yet seen.  Montgomery has done such a good job up to this point that I truly don't expect him to ever be "out-coached".  I certainly expect Cal to lose games, but I expect us to lose due to lack of front court size and talent and lack of depth behind our starting guards.  In the final 10 minutes of the game, Cal lost 18-3, and it wasn't because of talent.

After piling up 20 points per 10 minutes for the first 75% of the game, Cal's offense abruptly stopped.  OSU didn't change anything defensively, sticking with the same trapping 1-3-1 zone they had all game.  Cal suddenly seemed mystified by it, and the offense devolved into Randle and Robertson playing catching until one of them (usually Randle) jacked up a contested 3.  There was virtually no movement from the other players and suddenly no more open looks.  It was a stunning departure from the crisp execution against the Arizona and ASU zones, and even more puzzling given Cal's offensive output up to that point against the Beavers.

On the defensive end, Cal was helpless to defend pick and rolls at the top of the key, making Roeland Schaftenaar and Calvin Haynes look like all conference players.  Jamal Boykin was slow to leave Schaftenaar to jump out on Haynes off picks, rightfully fearing Schaftenaar's jump shot, and Christopher didn't have the speed to catch Haynes going around screens.  Isolated at the top of the key, Schaftenaar went left every single time late in the game, and the Bears seemed surprised on every occasion. 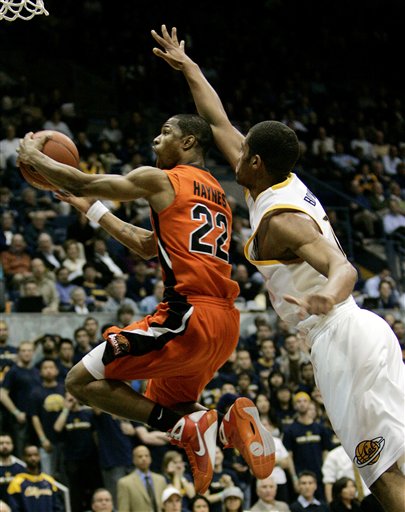 If you were being pessimistic, there were a few signs that Cal didn't have the game completely in hand at 62-51.  Montgomery tried to rest Jerome Randle, but Jorge Gutierrez had by far his worst game as a bear, turning it over almost every time he was the primary ball handler.  On defense, Gutierrez inexplicably left Schaftenaar (at that point 3-3 on three pointers) alone at the top of the key, switching back to his assignment before anyone was there to replace him.  Schaftenaar burried his 4th three pointer and giving the Beavers the lead for good, 66-65, with two minutes remaining.  Montgomery also tried to use DJ Seeley and Omondi Amoke to spell Christopher and Robertson, but Seeley turned the ball over and Amoke committed a terrible foul to give the Beavers a 3 point play.  Cal's stars had to play virtually the entire game (the low man of the three was Christopher, with 36 minutes), and perhaps the fatigue of battling the zone trap for 30 minutes finally caught up to them.

Cal's offensive production relied largely, as it has all year, on three point shooting, but unlike other games, the Bears weren't getting great looks.  Christopher had a few ridiculously difficult, contested shots that went down, catching the ball near his waist and releasing instantly against close defense.  The pessimist may have thought this shooting unsustainable, and looking at Cal's three point shooting over the last 10 minutes (1-6), maybe it was.

Still, it was only a total collapse by Cal on both ends of the floor that enabled OSU to walk away with the victory.  Jerome Randle had this to say BEFORE the game:

"I really blame myself for what went on last week in practice [before the Stanford game]. Being a leader, you have to make sure everybody is focused," he said. "I should have spoke up and said something and got the guys fired up, because we really messed up a big opportunity for this program.  I'm pretty sure I will never let that happen again.  Randle called Monday's practice one of the team's best of the year.

Quotes like this sounds nice leading into a game, but when the execution fails so spectacularly, it's tough to give them any credence. 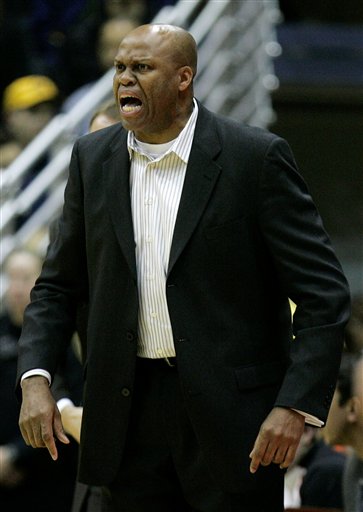 All this said, Montgomery has still done a spectacular job up to this point.  No one thought Cal would be as successful as they were in non-conference play, nor did anyone foresee them starting 4-2 in conference.  Without the coaching change, I think it's extremely doubtful that Cal would be 15-4.  But that doesn't make Montgomery immune to criticism, and when the team looks as ill-prepared and executes as poorly as it did in the waning minutes last night, some criticism is deserved.

After our 4-0 start, we thought we had a good team.  We do not.  Good teams do not blow an 11 point second half lead at home against the 9th place team in the conference.  What we do have (as user Paul Thomas put it in the post game comments last night) is a variable, or perhaps more appropriately, volatile team.  This should come as no surprise, given a new coach and system, a lack of depth, and a reliance on three point shooting.  The team capable of great accomplishments (smacking ASU at home, sweeping the Washington schools at home, refusing to lose in an instant classic against the Huskies) and significant blemishes (looking utterly lost and helpless at home against a 1-5 team).  Where we can go from here depends on your point of view; if you're optimistic, you'll look at the cause of our last two losses (wing and guard play and poor coaching/execution) and dismiss them as outliers, as these factors have carried the team to 15 victories already.  If you're pesimisstic, you'll see two straight games where Christopher has struggled defensively and wonder if the lack of depth is taking its toll, or perhaps you'll wonder if teams have finally figured out how to attack and defend our small, guard centered team.  A win versus an 0-7 Oregon team would help, but a trip to LA the following weekend should be more telling.

Of course, it could just be my fault.  Here's what I wrote following the marvelous win versus the Huskies:

I don't want to jinx our team, which nobody expected to be sitting here at 4-0, but our next three games are against Stanford, Oregon State, and Oregon, who are a combined 2-10 in conference.  I should also point out that, of our previous four games, only home against Arizona could be called an easier match-up than the most difficult of our next three, Saturday at Maples.  Considering the luck typical of Cal Athletics, I've probably said too much already.