Pac10 Roundtable - Finally, the dawning of a new era

Share All sharing options for: Pac10 Roundtable - Finally, the dawning of a new era

Lord knows we've been waiting for this day for what seemed like an eternity.  I couldn't remember the last time I've been as excited as I was yesterday.   Finally, after such a long wait, the start of the new era was here.  It seemed like years, like an eternity since I had felt such hope, such optimism.

Yes, finally, Lost was here.  SCORE!  Finally, Sayid would return to my life.  And Jin would, too, if he hadn't been killed at the end of last season.

BTW, if you haven't watched Lost you should go right now rent all the discs catch up, check out last nights opening episode On Demand.  Oh and don't read that sentence two sentences back about Jin dying.  That's kind of a major spoiler.  You probably don't want to know that. 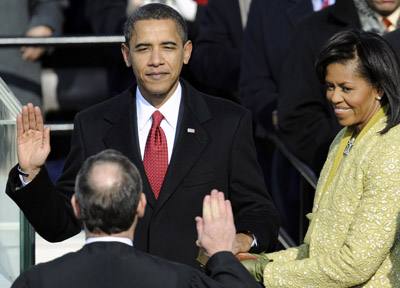 "This photo in no way relates to Lost.  I don't even know why it's here."  via www.jordantimes.com

But here's another thing that gives me great optimism about the future.  Even though like 85% of all SBNation-State Pac10 Bloggers don't care about college b-ball, we're still sticking with it.  Or at least we are.  No idea if others will follow us.  Except for CGB North, we know they will follow, because I DEMAND IT.  And if they don't I will reattach Seattle Quacker's head only to have it broughten to me again.

So, just to recap for the slow and slash or headless amongst us, the Pac10 blogs come together each week to discuss the questions of the day.  We give our opinion and then hope that you give yours!

After the fold, the 5 questions and the 5 answers.  Plus, more!

Well, the answer is probably somewhere in between.  But, like so many interviewees on the Colbert Reporte, I have only great and greatest.  So, I'm going to go with Greatest.  Because after the dull mediocrity of the later Ben Braun years, having even a smidgen of excitement is unbelievable.  Sure, the season we are having right now might seem like old hat to fans of the Ben Ball Warriors.  But to Cal fans starved of excitement over these past many years, Montgomery is the second coming.  Especially given this team without Ryan Anderson.

Think how good it'd be if Anderson had stayed.  I don't begrudge Anderson leaving at all, who could.  But if he was here to give Cal the inside presence that it so desperately lacks, this could be a truly complete team.  Oh well.  Even without Anderson, Monty is inspiring players to play within their abilities and produce according to their means.  Greatest communist ever!  Greatest coach ever!

2.  UCLA lost to ASU in a thriller.  Is this a sign that UCLA's iron grip on the Pac10 is loosening or just a slight bump along the way to yet another Final 4 appearance?

Honestly, it's too difficult to forecast whether UCLA will make it to a Final Four again.  But it seems very likely that they will win the Pac10 again this year.  Sure, they lost a thriller to ASU.  But they lost games last year.  It is very difficult to go undefeated in the Pac10 in football, let alone b-ball.  Moreover, look at the other teams, ASU lost to Cal.  Cal lost to Stanford.  Stanford lost to UW and WSU.  Cal beat UW and WSU.  USC lost.........to OSU!  There is more parity under UCLA than in past years.  It should be interesting to see how 2-6 end up.

But given that parity, it seems unlikely that UCLA will fall out of its perch.  But lordy lord lord do I hope it happens!

Uh, I'm gonna have to go with "Disagree" here.  Yes, this year's edition of the Ducks have looked pretty bad at times, and sure, losses to Oakland and San Diego were not pretty, but with Ernie Kent you're talking about a guy who took a program with very, very little history (one NCAA title in 1939, one NCAA appearance in the last couple of decades) and turned it into, if not a consistent winner, than a least a team that won a bunch of games and was exciting to watch do so.  In 11+ years on the job, Kent has compiled a 217-146 record, reached the NCAA tournament 5 times (including the Elite 8 twice), twice won the Pac-10 tournament, and won a Pac-10 title in 2002.  Kent, himself an alumnus of Oregon basketball, is also the winningest basketball coach in school history.
Is Ernie Kent the best coach in the Pac-10?  No.  Does this year's rebuilding effort look worse than expected?  Of course it does.  But Kent's got a track record that suggests he knows how to win basketball games and that he should be back in the top half of the conference before too long.  If that doesn't happen in the next couple years, I can see him get the axe, but Kent has done enough for Oregon such that he deserves a lot more patience than he's getting right now.
4. Mark Sanchez is off to the NFL. Does this give you hope for your team upsetting the Trojan Train next season?

Yes, yes it does.  As Palmer begat Leinart, Leinart begat Booty, and Booty begat Sanchez.  But who does Sanchez begat?  USC doesn't seem to have the guy to step into the QB void there.  Cal faces USC early in the year in Berkeley.  USC always seems to start a bit slow, losing a game on the road (i.e. OSU this year).  Then, by the time we get them in November, they've gotten their stuff together and they beat us.  Twist no likey that!

So, hopefully, catching them early, at home, with their offense still coming together, we can pull it off.  I mean let's be honest.  Pete Carroll wasn't upset with Sanchez for going pro, because he was worried about Sanchez's career.  Carroll only cares about one thing and one thing alone, his career.  He was upset with Sanchez, because USC won't be able to replace Sanchez next year.  And that, my friends, makes Twist likey!

5. Right now parity seems to be the name of the game in the Pac 10, and the separation between UCLA, ASU, Washington, California, USC, and possibly WSU and Stanford seems small. With that in mind it also seems like the Pac 10 will only get about 4 (or fewer) NCAA tournament berths. Which teams make it by the end of the season?

I feel pretty confident that, when all is said and done, the Pac-10 will get at least 4 teams in the NCAA tournament.  Depending on how the bubble teams separate themselves, 5 is not an unreasonable expectation, though I would be very surprised to see any more than that.

But which teams will get in?  Right now, I feel pretty sure that UCLA and ASU will find their way somewhere in the bracket.  I can also confidently predict that neither Oregon school will be playing in the postseason.  Beyond that?  Anything's possible.  Although they weren't mentioned in the above question, I think even Arizona could make a surge towards extending their streak of 24 straight years of making the Big Dance.  Still, forced to guess, I'll go with Cal and UW making it, with a weak non-conference schedule keeping Stanford out and erratic play dooming USC to the NIT.

We've commissioned CGB North to do some of the grunt work of compiling the SBNation-State votes on the Pac10 B-Ball Power Poll.  Here are the results: