A Look At Stanford Basketball

Share All sharing options for: A Look At Stanford Basketball

Probably the most notable thing about this year's Stanford basketball team is what it's missing:  its longtime coach, Mike Montgomery, is off coaching at Cal; his successor, Trent Johnson, left for LSU after last season; and the two best players off last year's Sweet 16 team, 7' twins Brook and Robin Lopez, are off in the NBA.  And while I couldn't really say whether new coach Johnny Dawkins is an up- or downgrade over Trent Johnson, I can confidently state that the Cardinal have not come close to being able to replace either Lopez brother. 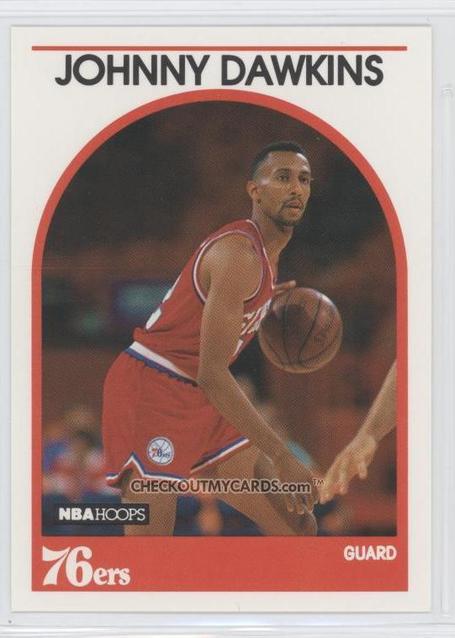 Say, why don't they make basketball shorts like that anymore?  -  Image via www.checkoutmycards.com

So, who HAS Stanford gotten to fill their void in the paint?  Who has picked up the scoring load for this team?  How will the Bears attack this Cardinal team, and what do they need to watch out for?  I set out upon the internet, intent on finding out.

From the look of Stanford's roster, it seems that, much like Cal, they abandon the idea of playing with a true center for much of their games.  Josh Owens, who gets the bulk of the minutes in the paint, is listed as a Forward/Center on Stanford's website, but other sources list the 6-8 sophomore as a forward only.  Owens averages 10 points and 5 boards a game; nice numbers, but hardly setting the world on fire.  Backing up Owens is 6-10 Center Will Paul, though Paul hasn't played heavy minutes due to both injury and persistent foul trouble.  Who actually starts tomorrow is anyone's guess, however.  The Cardinal have a couple of 6-10 freshmen behind Owens and Paul, though I wouldn't expect anything from either one, and no one on the roster is taller that 6-10.

Owens and Paul : the Lopez twins, they are not.  -  Images via grfx.cstv.com

Looking at Stanford's overall numbers, you can see a big hole near the basket.  Checking out a statistical scouting report from Ken Pomeroy, some stark numbers jump out immediately:  Stanford ranks 313th in the country in defending the 2-point shot, allowing opponents to shoot 52.5% inside the arc, 250th in the country in blocks (just 6.8% of attempted shots), and 1st in the NCAA in terms of the percentage of an opponents points that come via 2-point field goals (nearly 65%).  Even with 6-8 forward Lawrence Hill and 6-7 forward/guard Landry Fields helping out on the glass (each averages over 6 boards per game), Stanford is still a fairly mediocre rebounding team, and ranks in the bottom half in the country in terms of offensive rebounds.

So, the Bears should attack the basket, early and often?  That's what I would do.  I know the Bears don't have a big inside presence either (this Stanford team is the sort that Leon Powe would just eat alive), but they may have no choice:  in contrast to their interior defense, the Cardinal have been exhibiting some excellent perimeter defense.  This year, they're allowing opponents to shoot just 28.4% from beyond the arc (10th in the country), and that's if they even get a shot off:  Stanford also ranks in the top ten nationally in terms of opponents' 3-point attempts as a percentage of shots as a whole.  Either way, when the nation's best 3-point shooting team meets one of the nation's best at defending the long-range shot, something's got to give.

Offensively, the Cardinal get it started on the perimeter as well, with 6-3 senior guard Anthony Goods leading the team in scoring, pouring in over 17 points per game.  6-1 senior point guard Mitch Johnson adds almost 8 points per game and, more importantly, 4.6 assists per game, by far the team leader, and a pretty positive 1.7 assist-to-turnover ratio.

Stanford's senior starting backcourt is a couple of real lookers, don't you think?  -  Images via grfx.cstv.com

Offensively, the team shoots pretty well (free throws too), though the offensive number that really jumps out at me is how well they take care of the ball (23rd in the country in terms of turnovers per possession -- Cal is 21st).  Yes, they've run up some big numbers over some mediocre competition during a very soft non-conference schedule (twice going over 100 points, including a 111-66 demolition of Texas Tech, the Red Raiders' second-worst loss in school history, but this is a good team offensively, and after considering that they were swept in the state of Washington by a combined two points, this team could just as easily be 3-1 in the conference instead of 1-3.

One thing to note about this Stanford team; I wouldn't bother waiting for foul trouble to affect this team.  The Cardinal have yet to have a player foul out of a game this year, and I don't think it's merely because Dawkins is being careful with his players, as only Will Paul averages over 3 fouls per game.  Anthony Goods, in particular, is a tough out, placing in the top 10 in the country in fouls committed per 40 minutes.  He's going to play heavy minutes, and it's probably going to fall to Patrick Christopher to see if he can contain Goods.

So, prediction time:  Vegas apparently favors Stanford by 4.5, probably due entirely to home court advantage.  I think that's a big high.  Jeff Sagarin's rating system would favor Stanford by less than a point, which seems more reasonable, and Ken Pomeroy actually predicts a 76-75 victory for the Bears.  And me?  Gimmie the Bears by a trey.  I think Monty outcoaches Dawkins in his return to the farm, and Harper Kamp has a surprisingly big day inside.