And with the end of the pomp and with most of the circumstance finalized, the game did done began: 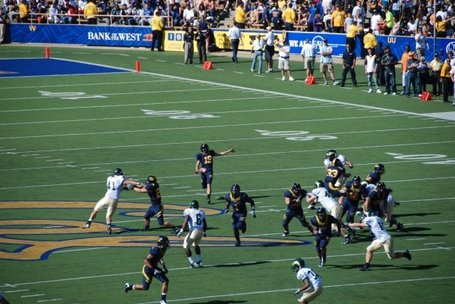 Often times I have photographs of action without any real context to them: 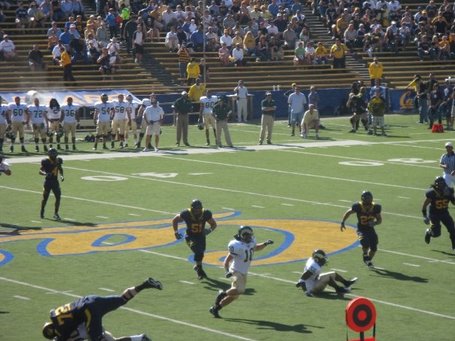 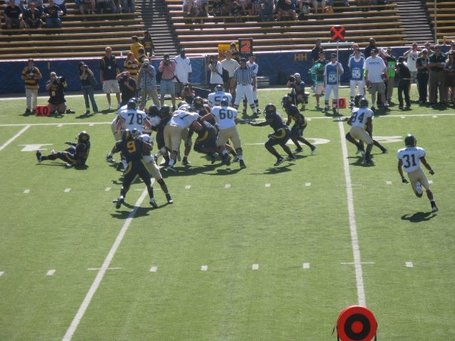 I remember thinking in my head as the ball careened off the back of a CSU player and started rolling down the field "Get the camera ready."  I often am unable to get a perfect shot of the important play in action due to the wild card (WILD CARD!) nature of it.  But I was able to get the post-game "Let's Hump In The Endzone" Celebration: 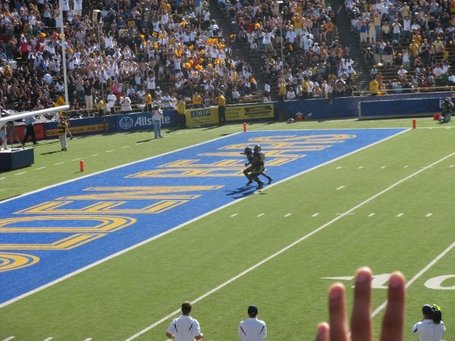 Less humping in the stands, but people were still excited: 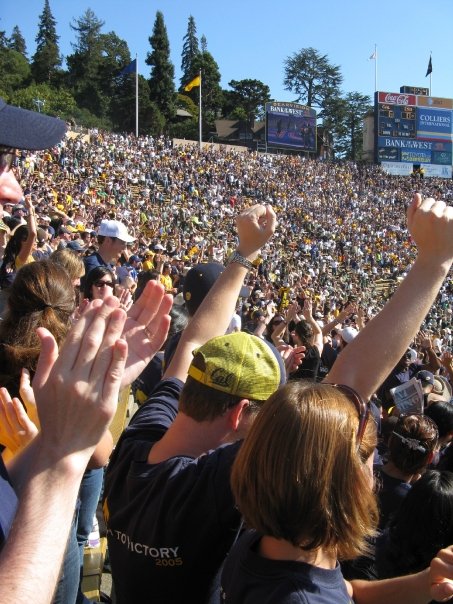 I went down to talk to some friends and while I was chatting with them grabbed a few photos of the team from up close.  I also managed to look away right when we snagged an pick six: 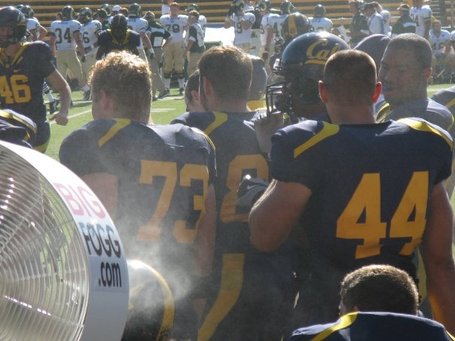 This one is for the ladies: 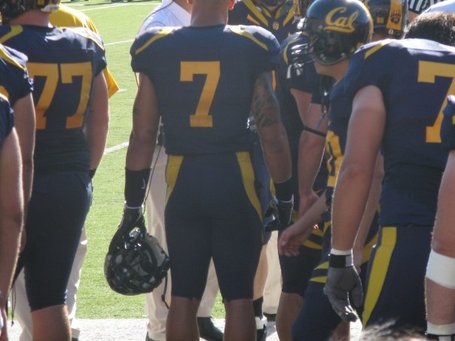 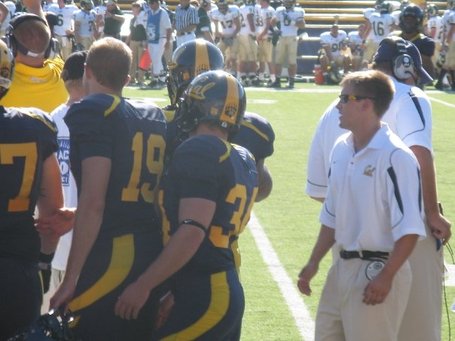 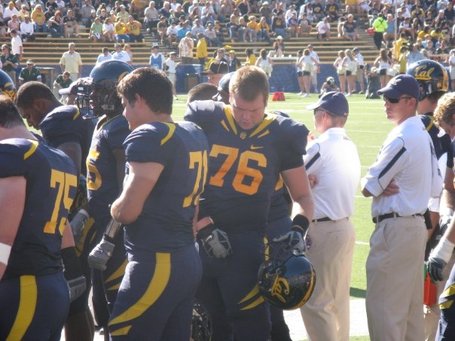 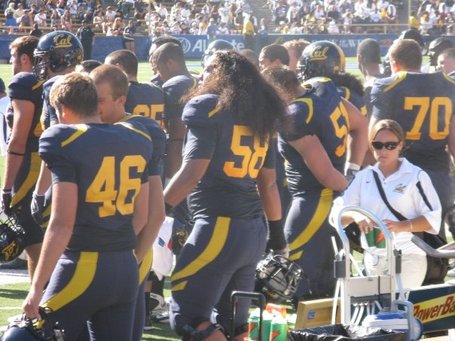 I even snagged a few in game photos: 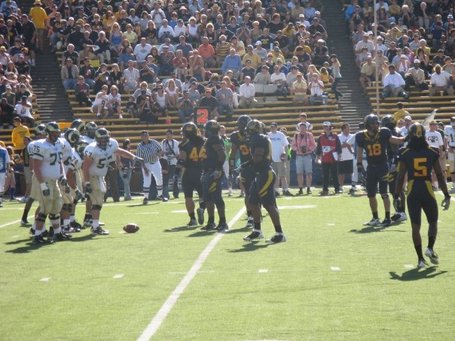 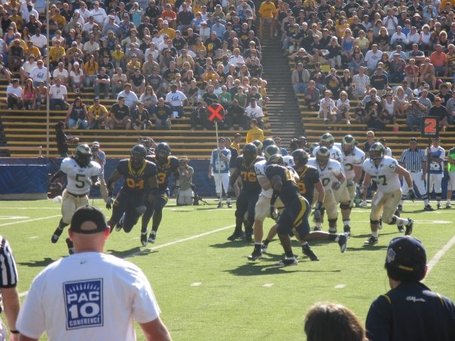 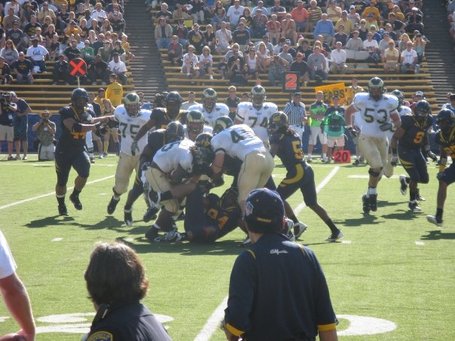 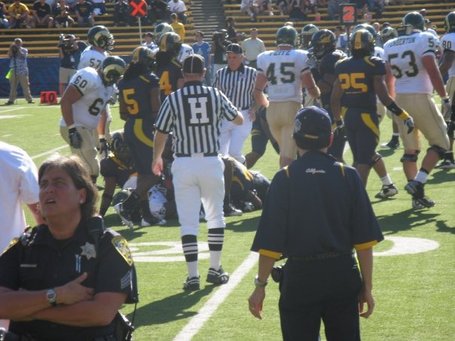 Some more action shots from my usual perch: 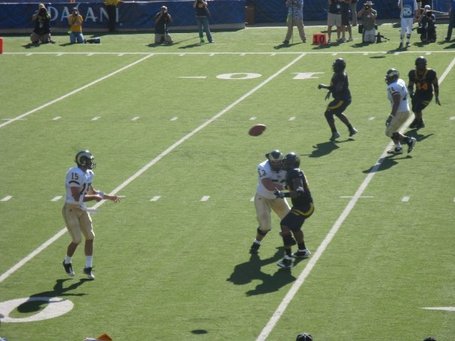 We learned some more about our football players.  What parts of school did they most appreciate: 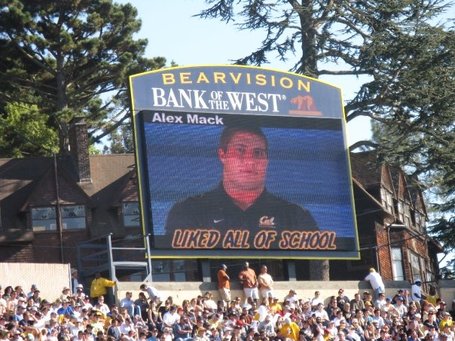 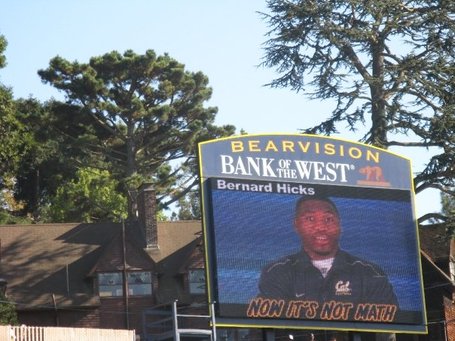 This is actually the play where Riley put it RIGHT in Sean Young's wheelhouse.  I mean right in his wheelhouse.  You couldn't wheel it anymore into his house.  But it was not complete.  Riley had some rough throws, at times, but he also wasn't helped at other times.  If Riley and Young had connected on that long bomb, maybe Longshore doesn't go in?  Maybe it just papers over some of Riley's worse plays?  I don't know.  But it was a GORGEOUS pass and on a longer one, too. 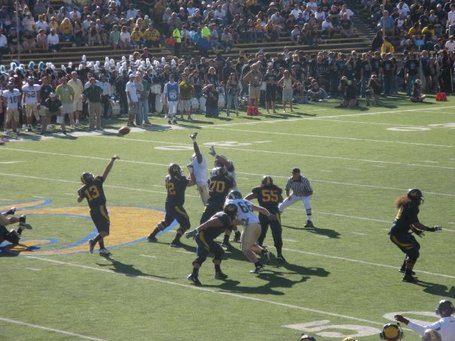 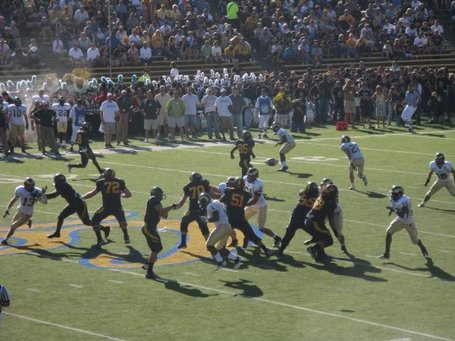 Last game (MSU) my section had trouble lifting people up after the TDs.  But this time there was less of a problem: 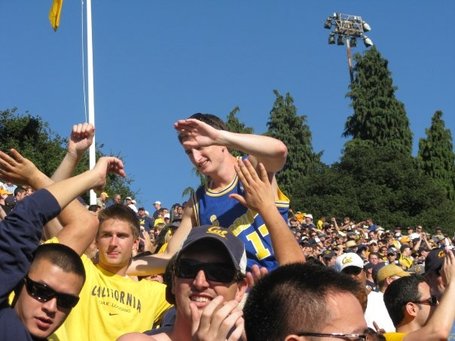 Thanks to TrisWeb, we have one more photo.

Here you can see the BB up close: 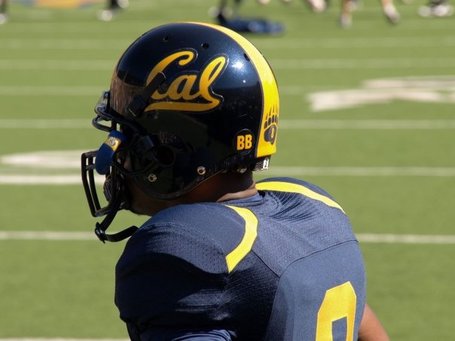 And that brings us to the end of the first half: 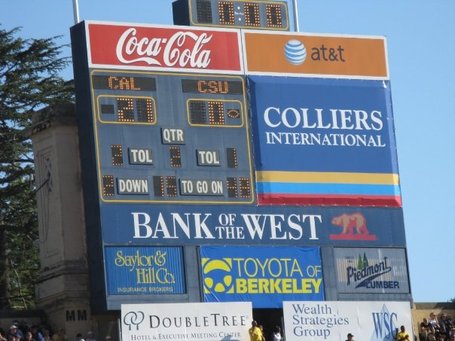