Edit:  I have included some photos from BigFoot of the pregame festivities! 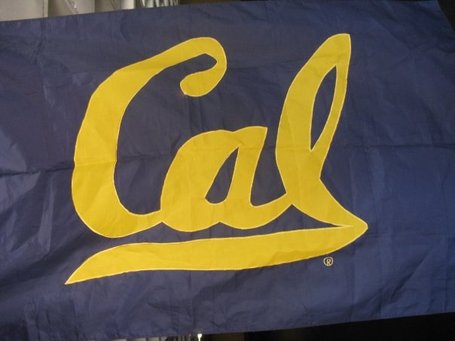 Man, was it hot on Saturday.  I really should have bought that water for a buck outside the stadium.  I thought I had enough, but I ended up buying another bottle of water.  4 bucks!  Le sigh.  Now, I wish I had rushed Pike solely for that giant bouncy castle/water slide thing.  Double Le sigh! But even with the heat, even with the punishing sun (more on that later), I still took as many photos as I could.  200+  I'll post excerpts.  Plus, I'll include photos from TrisWeb, TheNick, and BigFoot.  They all have much better cameras than me, if not the same ShutterBug disease that ravages my mind and index finger.

Last time, I stopped by the Berkeley rose garden on the way to the game and showered you all with lovely photos of roses.  And you, being the delicate flowers that you are, mocked me endlessly for it.  SO, NO ROSE PHOTOS TODAY, LOOOOOOOOOOSERS!

But I do have photos of other types of plants.  The Not There Anymore Plant: 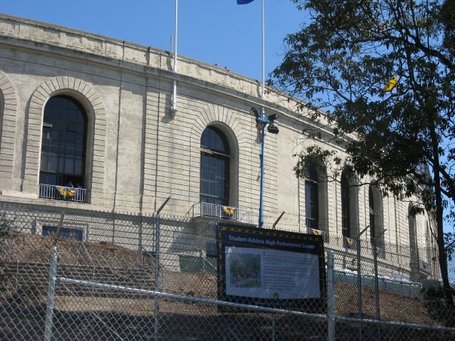 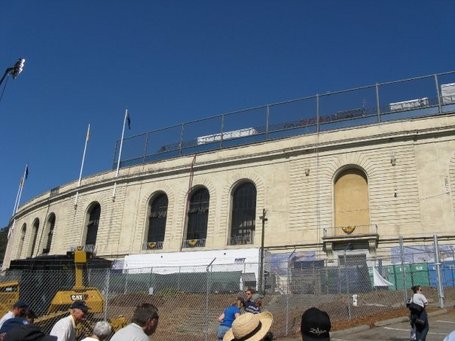 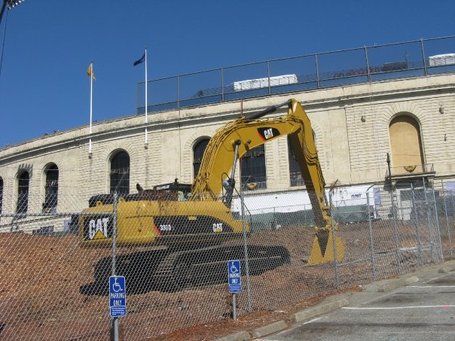 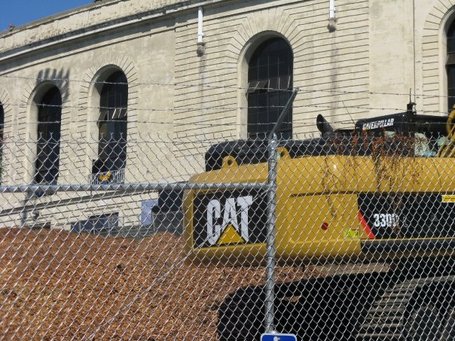 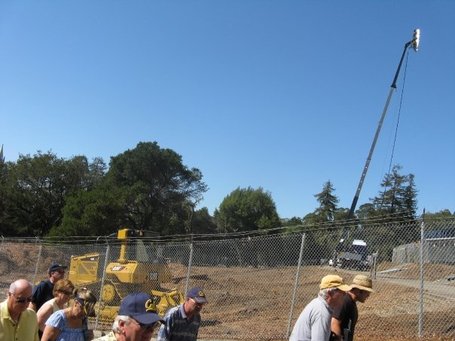 Yknow they switched up the introductions.  Last time, at the MSU game, they'd have a few players on the screen at a time.  Now, they went back to one. 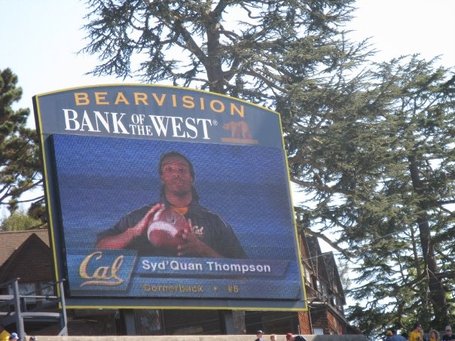 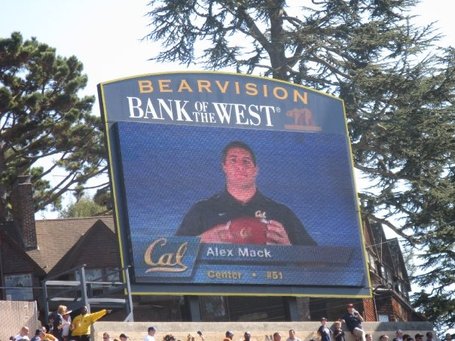 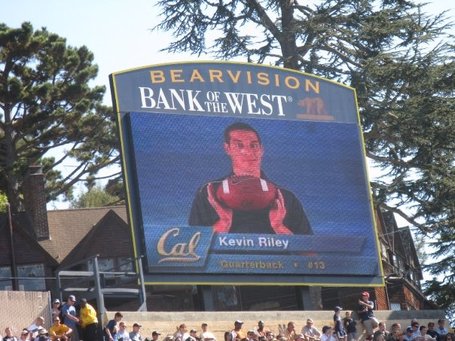 Then, the band came out to do its thing: 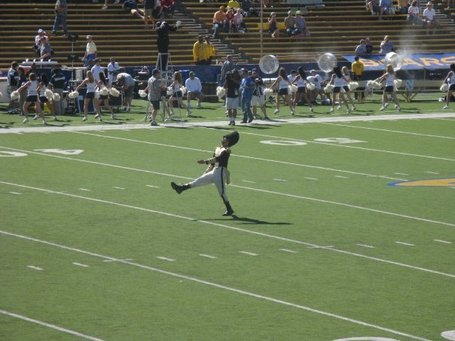 Drum Major snagged the baton, ensuring we would win! 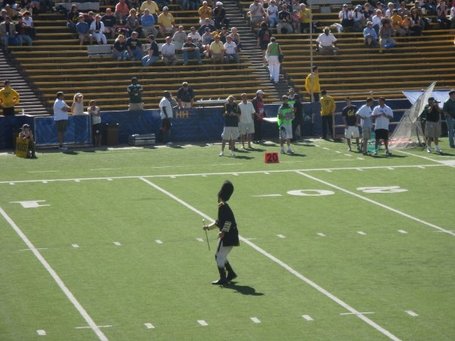 The strut looked good, except RUH ROH one of the basses oddly decided to do his bend and snap at a much slower pace than all the other basses.  How embarrassing! 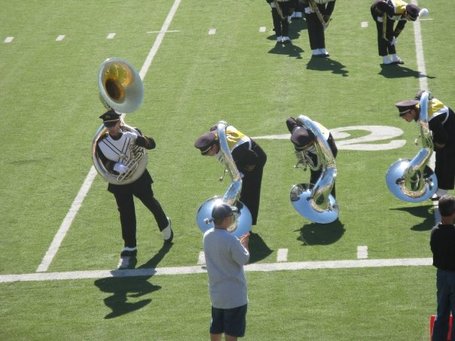 At this point, the band came together for the tribute to Robert Briggs.  I had a slight problem getting the entire tribute, but I was able to capture the moment of silence.  60,000 fans rose in almost complete silence to honor the memory of a man who gave his all to Cal. Some dude yelled out "Bob, we love you."  Does that count as ruining the moment of silence?

The team came sprinting out onto the field: 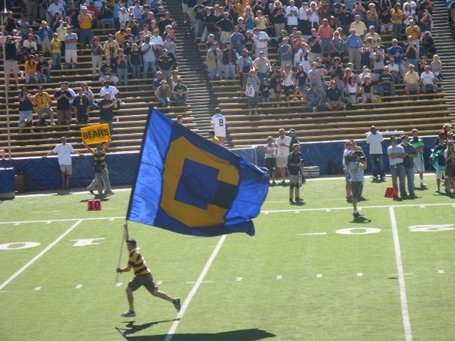 One player had a short prayer session in front of the Rams fans.  Unclear as to why: 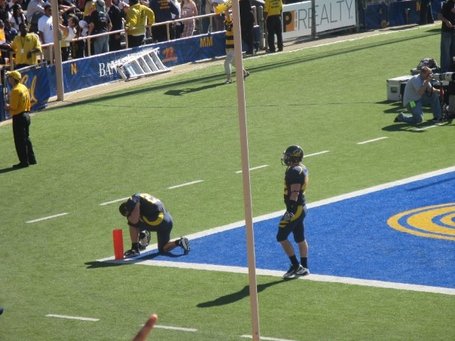 While the team was still running around, the captains were taking care of beeswax: 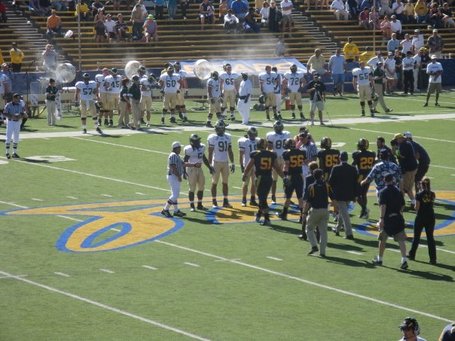 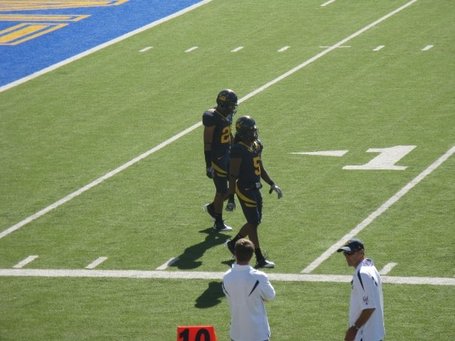 So, there you go.  Not a lot of pomp and circumstance.  I had a chance to sneak onto the field beforehand to maybe snag some photos, but unfortunately didn't end up doing it.  I'll try to do it for ASU.  We'll have First Half and Second Half photo essays coming up soon, including sweet shots/video of the Halftime Dance Off!  GO BEARS! 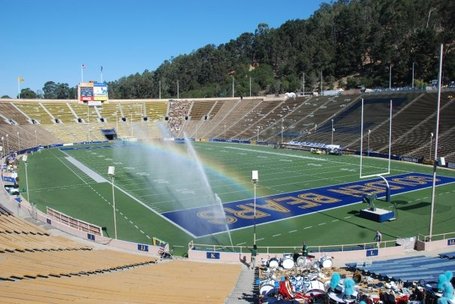 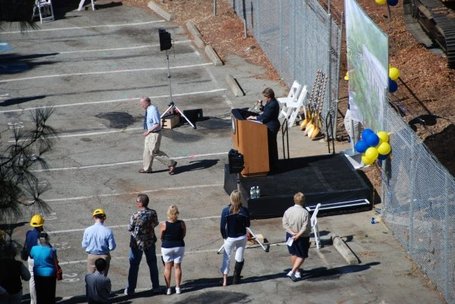 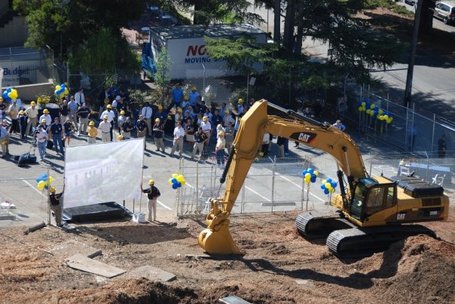 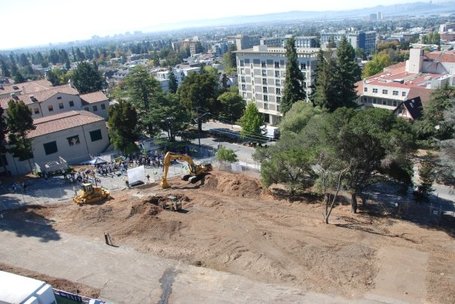 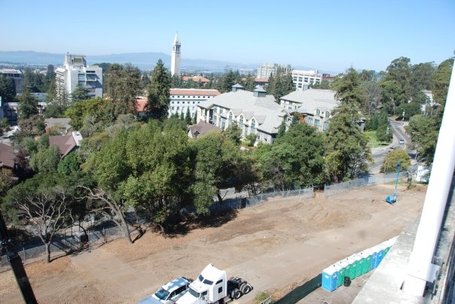 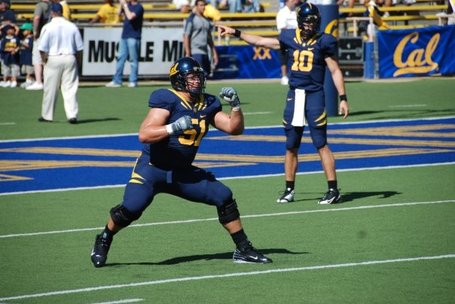 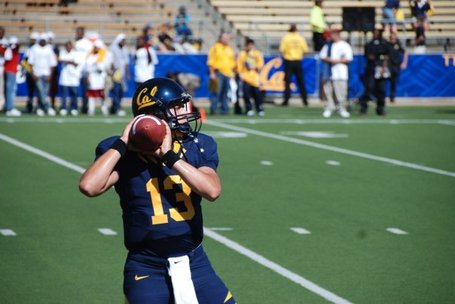 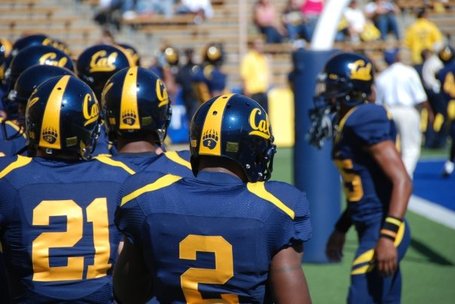 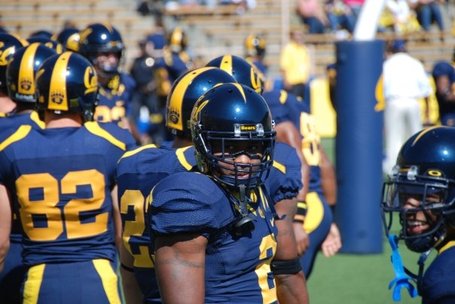 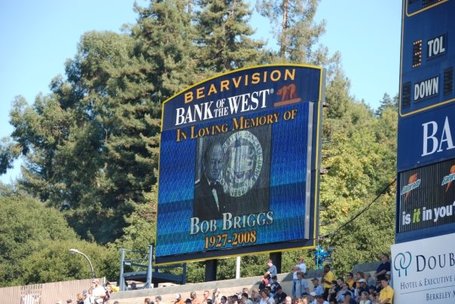