Inside The Numbers: IB Hoagies Edition

Share All sharing options for: Inside The Numbers: IB Hoagies Edition 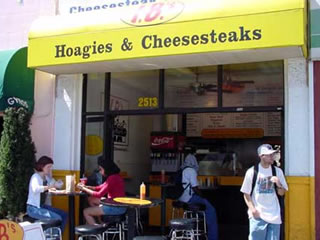 Damn, those are some great stats. Doesn't accept credit card. Attire casual! I think I can handle this. Good for lunch? I don't know, it's also good for dinner and GREAT for breakfast. Nothing is better than waking up at 10 AM on a Saturday morning, rolling down to IB Hoagies grabbing a hoagie for the game. And then grabbing another hoagie after the game. And 4 more hoagies after that. And maybe one more hoagie. For your loved ones. A love hoagie is one of the greatest gifts you can give.

All numbers are from here.

This is not going to be pretty here. Outscored 152-415. Ouch. Given up 37.7 compared to 13.8. Given up many many more first downs. But hey give them credit, they are giving up pretty much the exact same amount of passing yards as rushing yards. So, that's gotta count for something, right? Of course, its about 1500 more rushing yards and 600 more passing yards. That's probably because UW got behind a lot and their opponents were rushing a lot while they were passing a lot.

This....is not good. Locker is their 3rd best RB and he hasn't played in a long time. Terrence Dailey appears to be their #1 guy now, averaging 4.5 yards a carry. Brandon Johnson is getting an equal amount of carries, but only averages 2.6 a carry. So, Dailey is the guy to focus on here. He might average more a game if UW didn't get behind so much so quickly. 4.5 yards a carry is not that bad.

Well, Locker was the superstud. And he's been injured for a while now. It appears Ronnie Fouch is their main man now. 86 efficiency rating would be great in the pros. At the college level, its well below standard. Only throwing for 132 yards a game. TERRIBLE completion percentage. Locker wasn't much better.

I put Taylor Bean in, just because I like that -100 QB rating. Ouch!

Of course, the Defensive table was screwing up the site. So, I had to delete it. But let's be honest for a second here. This is a bad team. Coming to our house. Good combination for us. Their #1 player is out. They just lost to WSU, a team we beat 66-3. You generally can't really use the transitive theory, but still, 66-3. We should be able to handle this team. So, I pose a few questions:

1. Should Nate Longshore start? Riley is the undisputed QB of this team. And he needs all the reps he can get. Notwithstanding some sort of fake PAT play call, which he may or may not have done, he's put his heart and sole into this team. Does he deserve to start the game bc its his last home game? We'll prolly see him in garbage time, as it is.

2. Should Cal agreed to move this game to this spot? I generally like the Big Game to be last. Am I alone in this?

Final Thought: I hope the team is staying more focused than I am, because I've already looked ahead to Maryland '09! Man, do I hope we get revenge. I hate those Terps!!!!