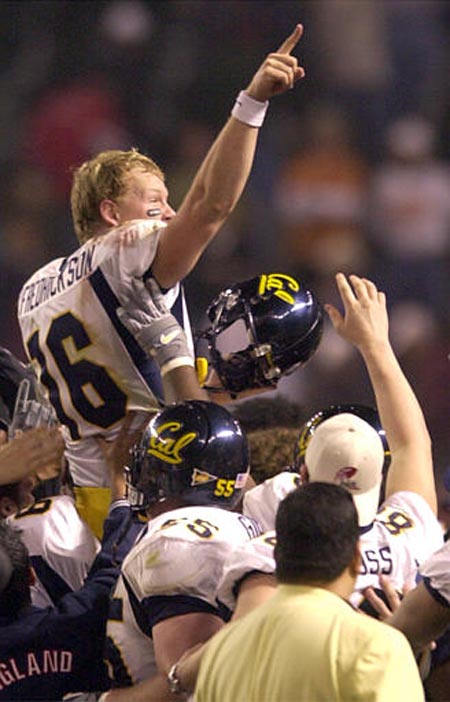 TwistNHook: Much has been made about the rather poor Pac-10 Bowl Tie-Ins. Unlike the West Coast's long history of Sit-Ins, Be-Ins, or even Maharg-Ins, our Bowl Tie-Ins leave much to be desired. Most blame outgoing Pac-10 commish Tom Hansen, located in beautiful Walnut Creek, CA.

But, ultimately, I believe there is only so much he can do. It's true that his job performance has been poor on this issue, but I believe geography is more to blame. There are essentially 3 tiers to the bowl system. The first tier, BCS Bowls. The second tier, non-BCS January 1st Bowls. And then all other bowls. The Pac-10's true problem is that they have nobody in the 2nd tier. And only USC really stands a chance at this point to get in as an at-large bid to the BCS. So, if Cal doesn't get into the Rose Bowl (which hasn't happened since Moses freed the slaves), then they don't get to play in a prestigious bowl. Now, why is that?


Let's include Cotton, because it is prestigious, even if its on 1.2. So, it boils down to Outback, Capital One, Gator, and Cotton. 3 of which are in Florida. The other is in Dallas. Now, did you watch the Citrus Bowl videos from 1991 that RoyRules22 found? Part one can be found here;

CBKWit: Announcer Brent Musberger notes that Clemson brought 20,000 fans to this Florida-based bowl. Cal brought 7,000. Now, the numbers might be slightly higher these days, but the disparity is still going to be strong. And let's not forget that the BCS, the Bowls, they all exist for one reason and one reason only. Money. Moolah. Smackeroos. Dingdongs. Plaxibucks. Schrutetasms. This article illustrates it perfectly

HydroTech: Why should a Gator Bowl or a Cotton Bowl take a risk on a far away team when they have much closer teams (and, more importantly, fans) to choose. That's how we get inequities like Michigan State, Georgia, South Carolina, and Iowa playing in more prestigious bowls than teams that are, more likely better than them. Teams like Oregon, Oregon State, and Cal.

Ragnarok: I think Cal fans should stop obsessing about January 1st bowls. Yes, the Rose Bowl is (almost) always held on that date, and New Year's Day has long been the traditional home of top-tier bowls, but that's changing. In addition to the Championship Game being held a week later, the Fiesta, Sugar, and Cotton Bowls are all held after the 1st, as are (strangely) several minor bowls. (Do you think there's any extra prestige for the International Bowl, featuring Buffalo vs. Connecticut playing in Toronto, because it's played on January 3rd?) 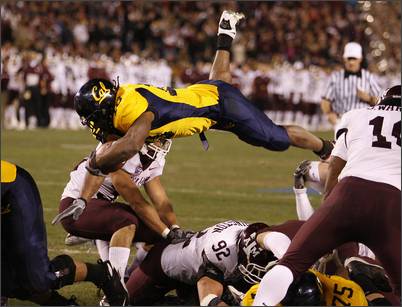 And really, what's so great about the Outback or Capitol One Bowls, anyway? They don't even have real names, just corporate sponsors, and as great as Tampa or Orlando must seem to fans vacationing from Iowa in the dead of winter, I'd rather be in San Diego or Las Vegas, personally. And the matchups? Georgia-Michigan State is OK, but not fantastic, and South Carolina-Iowa is the kind of bowl game that encourages me to party it up the night before, knowing I have no reason to wake up early the next morning. In fact, not only would I posit that Oregon-Oklahoma State is a better matchup than any on Jan. 1 outside of the Rose Bowl, but that San Diego's second game (the Poinsettia) features a better matchup (Boise State-TCU) than any of those games. Sure, the payout may be lower now, but if the West Coast keeps producing matchups like this, TV dollars will keep rising (and payouts along with them) in future years.
TwistNHook: Thanks to Rishi, we have the link to Bowl Game ratings over the last 6 years

Looking through the numbers, I amalgamated the numbers for some of the non-BCS major bowls. Feel free to check my math, math was never my strong suit. Regarding what the numbers mean, the link has this paragraph of explanation:

Following are the national household ratings for 28 college football bowl games in 2002-03. There are 105,444,000, or 98.2 percent, of all U.S. households with television sets. The ratings indicate the percentage of television households tuned in to that particular game.

So, here are my results:

So, if my math is accurate, it looks like the HBowl, the #2 Pac-10, ain't half bad. Certainly better than the other 1.1 option, the Cotton Bowl. Much more so! Is that surprising to anybody else?
HydroTech: I'm incredibly surprised by this.
TwistNHook: Ya, you are also surprised by a snake popping out of a bottle of nuts, so these things even out. 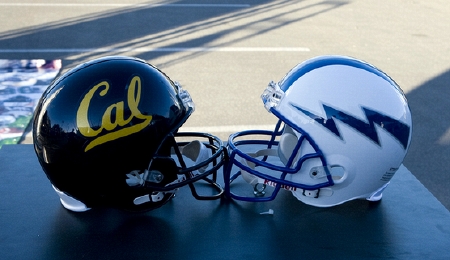 Ragnarok: I actually wrote about this two years ago. I'm the true trend setter. Back then, I had this to say:

The Pac-10 is the only major conference on the West Coast. Sure, we’d love to play in major bowls in Southern California and Arizona, but getting major East Coast teams to travel out here is difficult. The ACC or SEC runner up isn’t going to come to San Diego, and I don’t see the Big XII abandoning the Cotton Bowl anytime soon. Besides, the Holiday Bowl will never be a New Year’s Day Bowl. Any game on January 1st has to be over before the Rose Bowl starts if you want anyone to pay attention to you, and that would mean a 10am start. Nobody wants to go to a football game at 10am. I think New Year’s Eve is the best one could hope for here.

So, the Pac-10’s bowl tie-ins may not be great, certainly not as good as those of the SEC and Big 10, but I’m not sure what can be done to improve them. The Pac-10 is involved in nearly every decent bowl west of the Mississippi, excepting only the Cotton and the Alamo (does anyone miss the Insight Bowl? Given that it’s now broadcast on the NFL network, I’m guessing that you didn’t watch). There aren’t as many quality teams out west, so the fact that 4 out of 6 bowl opponents this year were ranked is actually a pretty good get by the conference. So yes, not the greatest bowl options for the Pac-10, but get used to it. It’s not getting better any time soon.

Yellow Fever: That really summarizes this argument well. It doesn't matter what Tom Hansen does, the Pac-10 is always going to be at a disadvantage when it comes to the bowl tie-ins. For geography, for history, and, most importantly, for money. The sooner you accept that, the sooner you enjoy the bowl season for what it is: a glorified exhibition where a mythical national champion is then crowned.

In the past 10 years since the Holiday Bowl became Pac-10 vs. Big 12, 7/10 games have been decided by 10 points or less. There is essentially a 70% chance that the game will be a close one. If games are being decided by that close of a margin, I don't think there is anything wrong with pitting the #2 Pac-10 team versus the #3 or #4 Big 12 team.

While having the Holiday Bowl on or after January 1st would definitely make it more "prestigious" merely because it's a later bowl, I like having it at its current slot because it's the only prime-time game on and it gets national exposure

Yellow Fever: Man, I had such a great concluding paragraph and then you had to go and ruin it with your additional information.

HydroTech: Well, let me be the first to apologize....

TwistNHook: Look, just like I told you the other day, it is TOO late to apologize.