Pac10 Roundtable Week Something Or Other

Share All sharing options for: Pac10 Roundtable Week Something Or Other 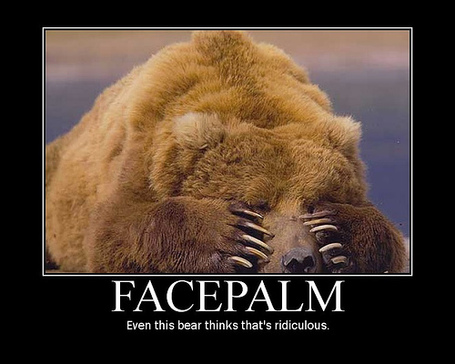 Yes, even this bear think that's ridiculous via i16.photobucket.com

He think it is ridiculous that you believed me about last week's Roundtable.  Last football-related Roundtable?  Ha!  I can't believe you feel for that tripe.  You are so lame!  And that overly dramatic poorly concocted Friends video, that was just magnifique.  A true stroke of bamboozling genius!

You have truly embarrassed yourself yet again.  Trusting me.  Believing in me.  SUCKERS!  I hope you never trust me again.  Because if there's one thing I learned from my time in the Boy Scouts, I am clearly not Trustworthy.  Or loyal.  Or helpful, friendly, or even courteous.  Or kind, obedient.  Or even cheerful!

PPS I totes just did that from memory.  I hope I was right!

PPPS So anyway, the lesson here is never trust me again, because we got another great Roundtable with tons of football related questions.

God, I have no clue.  I don't pay much attention to the national news much.

But I am going to assume that the absolute stupidest article EVAIR written about our squad has to stem from our dear friend at the San Francisco Chronicle when she wrote about how Cal was taking protestors down in the "sacred grove."  That was the key highlight to the pre-season.

As for the best, I am going to go with these guys, who wrote in their "Pre-Season expectations" post:

TwistNHook:  Damn.  Talking about oneself in the 3rd person.  Selfishly refusing to take part in the team effort.  Sounds like we got a big of a diva on our hands here, don't we?

CBKWit:  One might say he's "Longshoring" this roundtable with his selfish, me first attitude.  We should rename him MeDroTech.  (NAILED IT!)

As the second, third, or fourth most qualified person to discuss football (Twist, you're the most qualified to discuss...well, I'm sure there's something), I'm very excited for our pass defense.  Judging by the number of balls our DBs intercepted (much less batted down or otherwise defensed) this spring, new secondary coach Al Simmons is as good as advertised.  Coupled with Syd's evolution into a possible all-league corner, I think our pass defense will surprise most Cal fans.  And after watching the DLine provide substantial, consistent pressure throughout the spring (I know how strange that sounds, you'll just have to trust me), I'm optimistic that our defense will be formidable against the pass.  I think it will be one of the strengths of the team.

Unfortunately, I think our run defense could be suspect because of the nose tackle position.  Derrick Hill is a talent, but he hasn't played much yet, and Mika Kane has been unspectacular.  If either of these guys step up (and if we avoid injuries to our top players), our defense could be really good.

I think CBKWit really NAILED IT there.  Bee Tee Dubyaz, reading through that, me found this nugget most interesting:

If Riley starts, that miscellaneous loss won’t be in Corvalis.

2.  You can have either Jacquizz Rodgers or Jahvid Best for one year. Which one do you want on your team?

Hmmm, if I think about this reasonablHAHAHAHHAHAHAHAHAAHAHHAHAH. 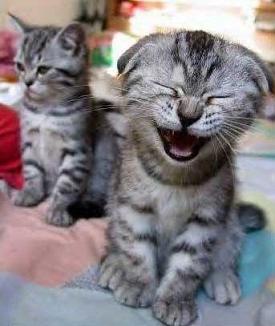 3.  Though the Pac-10 missed out on two BCS teams, the bright side is that there are a lot of good bowl matchups. Which are you looking forward to the most?

Aside from the BCS bowls, I'd say the Holiday Bowl (Oklahoma State vs. Oregon) is probably the next biggest game.  The Capital One Bowl (Michigan State vs. Georgia) is an interesting matchup too.

I'll speak for TwistNHook and also say that the Poinsettia Bowl in San Diego (TCU vs. Boise State) is actually mildly exciting.  It's like two second grade bullies duking it out.

It's an OK Hardwood Challenge.  The matchups are actually pretty good, and I like how it gets every conference team at least one quality opponent on their non-conference schedule (unless you're Iowa State or Oregon State, in which case you deserve each other).  However, there's been basically no promotion, no running scoreboards, no websites, little in the way of coverage whatever.  I feel like this could be a great event, but it's not.

Also, a wacky trophy to fight over would be cool.

(TwistNHook Note:  I guess we'll put us down for Great Hardwood Challenge.)

5.  Word association!  What's the first word that pops into mind when you think of your team's bowl destination?  Discuss!

BART.
Listen, anytime you're taking public transportation two days after Christmas to a football game played in a baseball stadium, your excitement probably will be, shall we say, tempered.  How close to home is this game?  I'll be able to watch a men's basketball game in Berkeley in the afternoon before heading over to San Francisco to tailgate.
Not that this game is a complete dud.  Miami is a big name opponent, and Telecomm Park is a wonderful place to watch a game, if perhaps a bit chilly.  BART is a wonderful transportation system if your destination is near a station.
Still, it's hard to get *excited* about the Emerald Bowl, given that I'll probably be drinking at many of the same bars I already do, and sleeping in my own bed that night.  This must be how USC feels going to the Rose Bowl year in and year out.  Except without all the money and prestige and such.  Yeah, that would be of some comfort.

So, there you go.  What are your own answers?  Especially to the first question.  What was the stupidest thing written about Cal this year?