Last Wednesday, I headed up to Haas Pavilion in Berkeley to check out the Bears' Basketball team at their (annual?) FanFest.  An hour of scrimmage followed by an hour of autographs.  Sounds fun, no?  My plan was to check out the new-look Bears, headed by new Head Coach Mike Montgomery, and report back to you, dear readers.  I was supposed to use my keen powers of observation to glean fascinating insights you wouldn't find anywhere else.  I was going to kick CGB's basketball coverage up a notch.

Well, I've failed you all.  I watched about an hour's worth of basketball, but I didn't come away with much interesting to say at all.  Max Zhang is really tall, and can dunk one-handed.  D.J. Seeley's got a decent shot.  Jerome Randle looks more confident, and might turn out to be the point guard we've all been waiting for.  The Blue team (projected starters, I assume), won the scrimmage, but neither team really dominated, nor did any one player.  When the offense scored, was it good offense or bad defense?  When the defense got a turnover, was it active D or sloppy ball-handling?  I honestly couldn't tell you these things.  Perhaps CBKWit, who also attended, could tell you more, but I think he's already used up his 'one post every two weeks' quota.

However, I did get some pretty good photos, and a couple videos.  Enjoy! 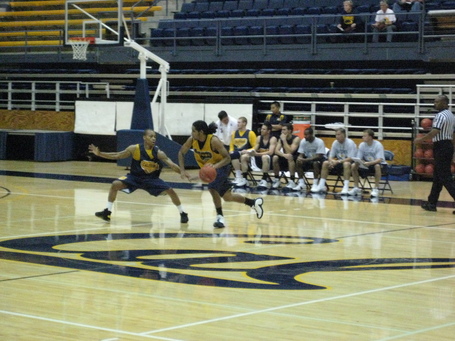 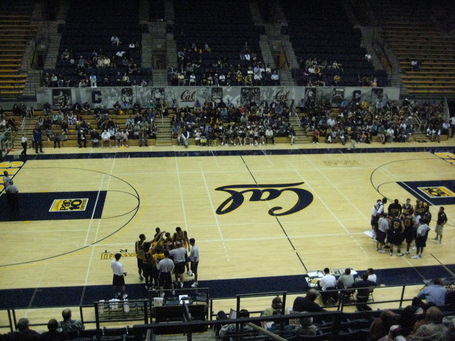 Not a huge crowd for this event, but I blame the 5:00 start time on a Wednesday for much of that. 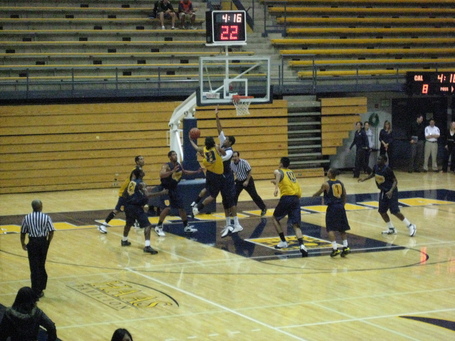 Gutierrez tries to score on Jordan Wilkes, while Max Zhang runs to be in position for the rebound.  For the record, it looks like the starting Blue Team was Randle, Christopher, Robertson, Boykin and Wilkes. 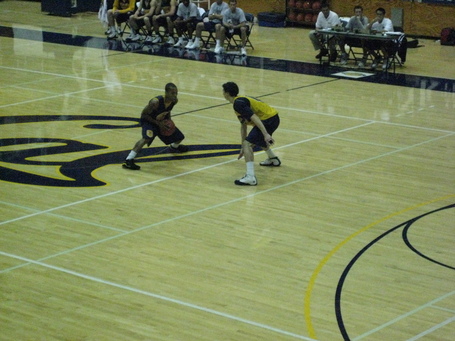 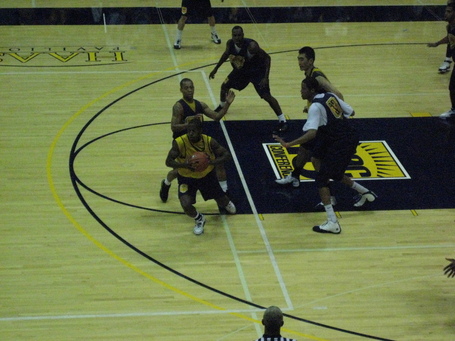 Penetration didn't lead anywhere, so the Bears dish it back outside. 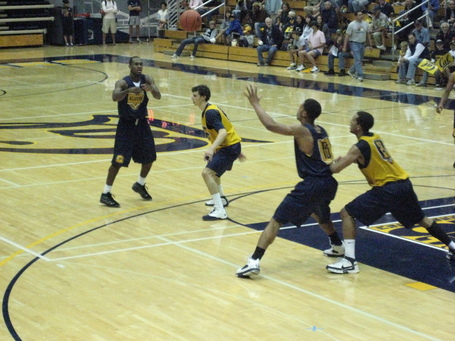 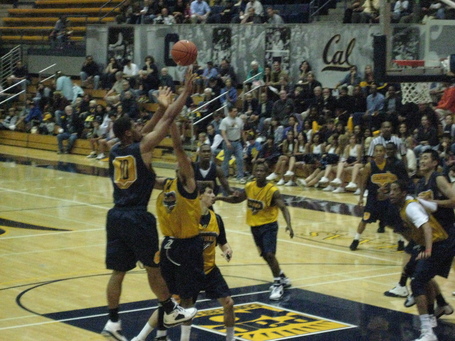 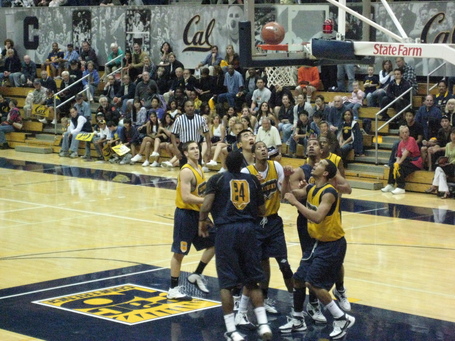 But does it go in? 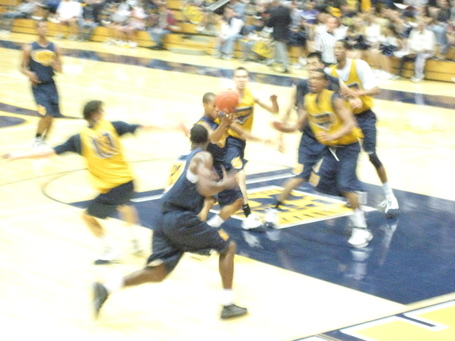 This would have been a really cool shot if I only knew how to operate my camera correctly. 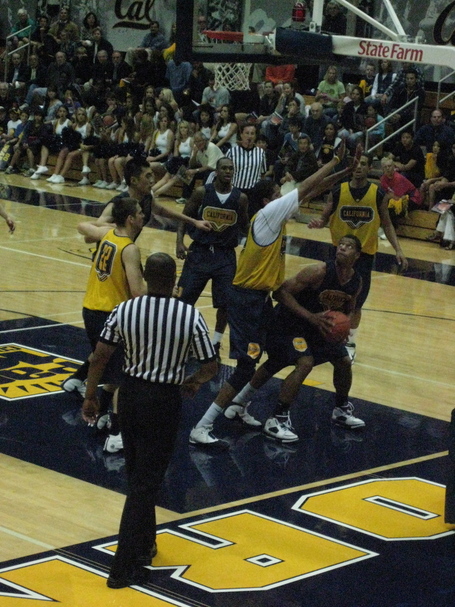 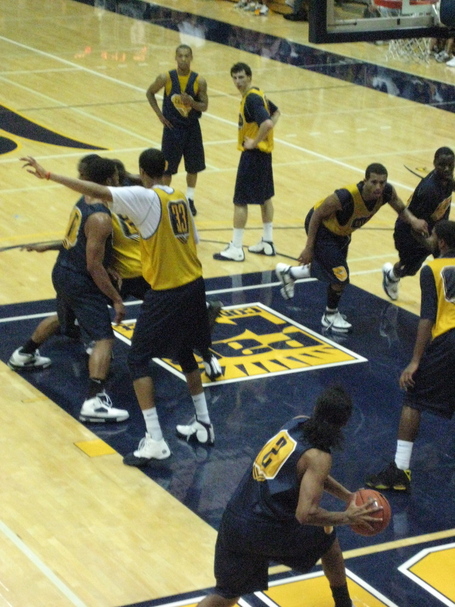 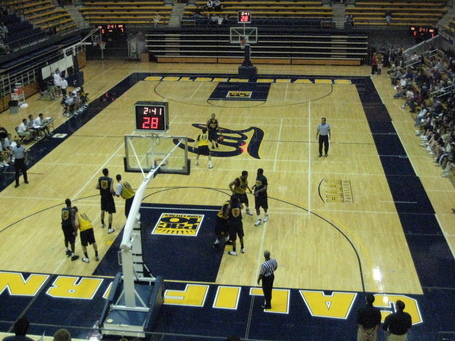 If you look, you'll notice the new yellow line around the outside of the old 3-point line, representing the new 3-point for men's basketball this year. 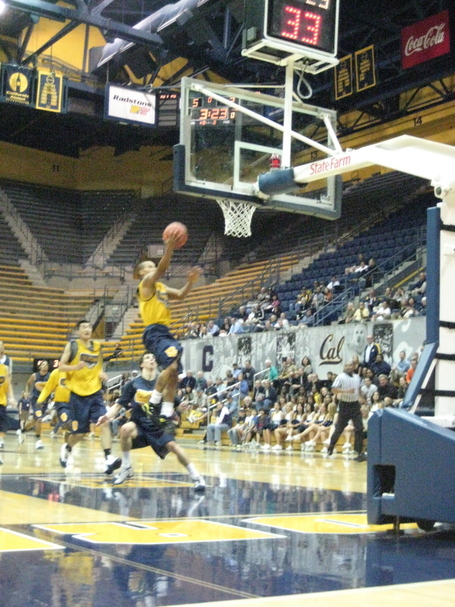 This is probably my favorite shot of the whole night.

The final play of the night.  Walk-on Nigel Carter goes in for an easy lay-up.

Anyway, after an hour of scrimmage, it was time to sign some autographs. 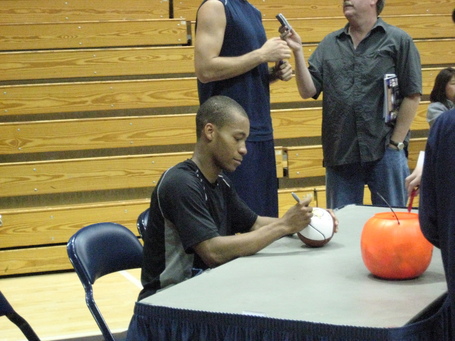 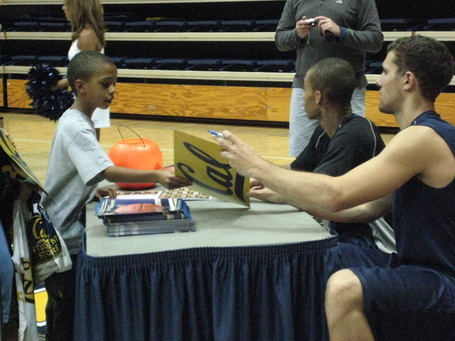 Autographs get handed out like they were Halloween candy. 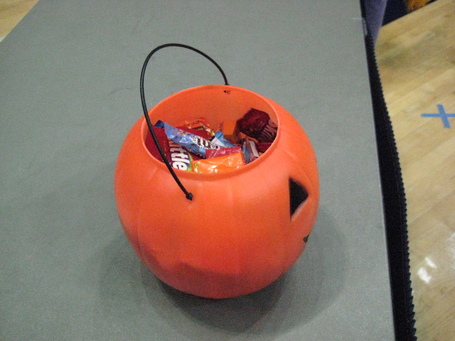 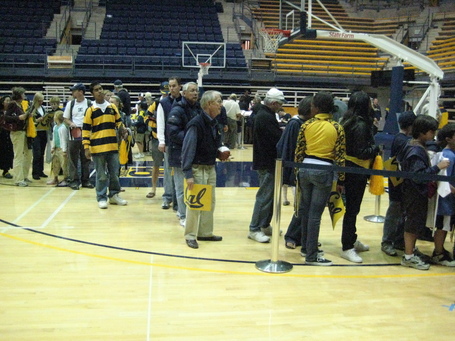 The lines to meet the players got surprisingly long.  I think a lot of people skipped the scrimmage and just showed up for the autographs and candy.  Still, a neat event. 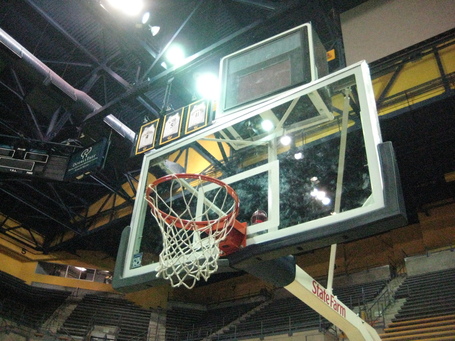 Of course, what would a FanFest be without the Cal Dance Team?  Here they are, high kicking to "Big 'C'".  Enjoy!