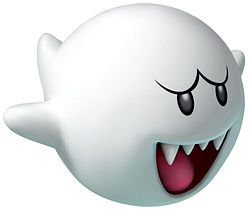 Boo!  That's so scary!  Oh noes! Run!  Here's another thing that's scary.  Football season is almost over.  Also, imminent financial collapse of the world's economy.  What?  That's horrific!  Almost over!?!?!  OH NOES!  Just three games remaining.  And we don't even know much about that third game.  Except that it won't be in Pasadena.

That might be the scariest fact of them all right there.

Either way, we are ramping up basketball coverage.  We have all worked together to get some basketball related questions in there.  I am sure as football season winds up and basketball season continues forward, the focus will shift.

1.  The Pac-10 has 7 bowl contracts to fill and currently only 5 spots filled. Stanford, UCLA, and Arizona State all sit in the middle of the Pac with 6 losses. Out of those three teams, which, if any, will make it to post-season play?

I'm gonna go with none.  Cal, Arizona, and USC will all win their rivalry games to keep the Cardinal, Sun Devils, and Bruins home for the Holidays.  I think Arizona State's got the best shot, though, finishing vs. UCLA and @ Arizona.

A bigger question:  do any of these teams deserve to play in a bowl game?  6-6 is hardly something for most teams to be proud of, though Stanford at least looks like a team on the rise, especially given where previous coaches Buddy Teevens and Walt Harris had left this program.

For the teams that miss bowl season, they can spend the time playing "what if?"  What if Arizona State hadn't lost at home to a middling UNLV squad back in September?  What if Stanford hadn't given away late leads at Oregon and UCLA?  Only UCLA, who went 1-2 vs. Tennessee, BYU, and Fresno State and competed in the Pac-10 despite being down 1 quarterbacks and a host of other injured starters, can really look in the mirror and say "it was never meant to be this season."

2. Is there anybody NOT rooting for OSU to win out and go to the Rose Bowl?  Anybody?  I think even Pete Carroll has to have a spot in his heart for this story.  And if OSU does win the Pac10, pushing USC to 2nd, do you think USC will make a BCS game or find itself in the Holiday Bowl?

Ultimately, it appears USC will get a BCS spot.  Now, that they have switched from 2 at large bids to 4.  Coulda helped Cal lo those many years ago (i.e. 4).  But hey whatever helps USC and hurts Cal, right?

Hey, why does basketball get to be b-ball?  What about baseball?  Or, for that matter, bocce ball?  Bowling ball?  Base-ketball?  Brontosaurus-ball?  Every one just as legitimate as an abbreviation as basketball.

Anyway, what about this ranking?

PS What is your Pac10 B-Ball ranking?  And don't cheat off your neighbor.  No peeking!  Or, alternatively, peaking.

4.  Now that we've seen your B-Ball Top 10 (with assuredly UCLA at the top and OSU at the bottom), who is your surprise team this year?  And why is it Cal?

Hey, don't rule Cal out of this thing.  I know that their chances would be a lot higher were they to still have Ryan Anderson.  But they will have offensive firepower.  They always had a lot of shooters with players like Theo Robertson and PatChris.  They just had a) injuries to Theo, b) a terrible offensive game plan under former coach Ben Braun and c) poor PG play.

Now, with Monty in there, the PG play should improve.  Theo is healthy.  And you know Monty will have a solid offensive game plan.  Can't be worse than Ben "Pass the ball around the perimeter for 33 seconds before throwing up an off balance 3" Braun.

Throw some modicum of defense in there and maybe something will happen.

5.  With the legendary Lute Olsen out at Arizona, what are their chances of making the tournament this year?

50/50?  Honestly, it seems like Arizona has been in decline for the last couple years, with more of their top players leaving early for the NBA, and the overall talent level in Tucson hasn't been what it once was.  Chase Budinger returning means this team will still win a bunch of games and be competitive in the rest, but Nic Wise is no Jerryd Bayless, and the coaching turmoil has got to have some effect on this team.  Last night's loss at home to UAB may not be the last surprising loss the Wildcats suffer this year.

So, there you go.  What are your answers to these 5 questions?  Go Bears!