Well, with the last implausible Rose Bowl scenario finally dead, a lot of Cal fans are turning to the rest of the bowl schedule, wondering where they might be making a holiday trip this winter. Bowl scenarios have always been a complicated mess fraught with complicated contingencies and arcane rules, so it should come as no surprise that there's a fair amount of misinformation and uninformed speculation out there. Heck, even after spending hours last year researching bowl selection rules, I still had to be corrected by Ken Crawford and Jason Snell, among others. Thus, to try and clear things up for everyone, I present this concise guide to Pac-10 bowl selection procedures.

Before we do any other speculating, we need to know if the Pac-10 will get 2 teams in the BCS, and the simple answer is that it all depends if Oregon State wins out. USC is the only team with any shot at earning one of the 4 at-large BCS spots, so if the Beavs falter, USC will be the conference's lone representative in the BCS for the 6th consecutive year.

However, if Oregon State does complete their improbable run to the Rose Bowl, USC is almost a lock for the BCS. Not only are they an extremely attractive candidate for any of the BCS bowls, but there really aren't too many other options out there. Utah will earn a BCS bid if they can beat BYU, and if they don't, Boise State will probably take an automatic bid. Only 1 non-BCS school may earn an automatic bid in a given year, however, so if Utah and Boise (and Ball State) all go undefeated, it's likely only Utah will get in. 2 other at-large spots will be handed to the runners-up of the SEC and the Big XII South, but each of those conferences can get at most 2 BCS bids. It's unlikely that any ACC or Big East team will even qualify for at-large status, so the final spot will come down to USC or the Big 10 runner-up, most likely an Ohio State team that got flattened in the past two BCS title games, as well as by USC earlier this year. Given the choice between USC, Ohio State, and Boise State, I'm pretty sure bowls like the Sugar and the Orange would go with USC.

With that out of the way, let's take a look at the rest of the Pac-10's bowl tie-ins.

It's important to note that, except for the Rose Bowl, the Pac-10 does not have tiebreakers for the various bowls. If 2 or more teams tie for second place (or third, if two go to the BCS), the Holiday Bowl gets their choice amongst those teams. Most likely, Cal will be tied with at least one other team no matter where or how they finish, so then Cal's attractiveness (in terms of both TV audiences and the number of fans willing to travel) becomes a factor. Finishing the season on a high note can be critical.

So let's look at some scenarios:

There is still a way for Cal to get to the Holiday: first, Oregon State wins out and the Pac-10 grabs two BCS bowls. Second, Cal wins out and finishes in a tie for third with Oregon at 6-3. The Bears and the Ducks would have identical 8-4 records, and both would have been to San Diego recently (the Bears in '04 and '06, the Ducks in '05). For what it's worth, the Bears would also have the head-to-head win to go on, although I can't say if the Holiday would consider that at all. [EDIT: According to Jonathan Okanes, the Holiday would consider the head-to-head matchup the tiebreaker, and definitely select the Bears over the Ducks.] I think this is a very plausible scenario, and the best way for the Bears to get to SD this winter. 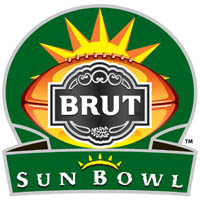 via www.uconnhuskies.com
There are plenty of ways for the Bears to get to El Paso should they win out, so much so that they're not worth discussing. Should the Sun get a choice, I'm almost certain the Bears would be favored over the Ducks, who beat South Florida in the Sun Bowl last year, and pretty confident they would be picked over a tailspinning Oregon State as well, as OSU visited El Paso the year before that. Especially given that Cal has never been to the Sun Bowl, I would think the Sun would have a strong incentive to keep the Bears from falling to Vegas. However, should Cal end up tied with Arizona, I think Arizona's 10-year bowl drought, plus Tucson's proximity to El Paso (4 1/2 hours down I-10), might make the Wildcats an even more attractive candidate for the Sun Bowl.

If the Bears win out, they almost certainly don't fall further than Vegas. In fact, if Oregon State wins out and goes to the Rose Bowl, there's a distinct possibility that the Vegas Bowl gets last pick of the eligible Pac-10 teams, and the Emerald Bowl has to go free-agent shopping. This is also a possible destination should the Bears lose to either Stanford or Washington *shudder*.

[EDIT: Also according to Okanes, the Emerald would talk about working out a deal with the Vegas Bowl to let Cal fall to them, should it come to that. That sounds pretty plausable, and since the Las Vegas and Emerald Bowls are basically on the same tier in terms of payout, exposure and prestige, it wouldn't really be a fall for the Bears. The one snag in this plan is that if the Pac-10 only gets 5 teams bowl eligible but gets two teams in the BCS, the Las Vegas Bowl might be left with the last available Pac-10 team. In such a case, they might be unwilling or unable to let the Bears go to the Emerald, given that Las Vegas would then have to scramble to find some free-agent team to fill their bowl slot.]

via images.buildingthedam.com
If Cal is still available, it's almost certain that the Nut Bowl will take the Bears. It's really not worth worrying too much about any bowls beyond this one -- if the Bears can win the Big Game, I think we can safely look at the Emerald as a worst-case scenario. However, what if the Bears lose the Big Game but beat Washington and finish the season tied with Stanford with identical 5-4 conference records? Couple this with a failure on OSU's part to win out, and it's a very real possibility that the Emerald would get to choose between Cal and Stanford, and I honestly don't know which way they'd lean: Cal has a bigger fanbase, but Stanford would be much more excited about a bowl game, any bowl game.

Fall past the Emerald, and the consolation prize ain't so bad: a December trip to Honolulu. If the Bears lose out like they did last year, this is quite possibly where they end up. 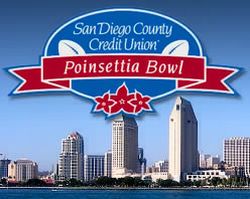 via comment.colostate.edu
¡Que desastre! To even fall this far, the Bears would have to lose out AND 7 Pac-10 teams would have to get to 6 wins. Losing out would get Stanford there, but either Arizona State or UCLA would also have to win their last two games to become eligible. Note that Arizona State hosts UCLA Thanksgiving weekend in a bowl elimination game, so there is no chance of 8 teams somehow becoming eligible and leaving the Bears home for the holidays -- the Bears are guaranteed to be invited to a bowl game. Honestly, I don't see either the Bruins or the Sun Devils winning out, but Arizona State (last game @ Arizona) obviously has a better shot at it than UCLA (last game vs. USC).

Forced to guess, I would bet the Bears end up in the Sun Bowl, where they've never played (they're the only Pac-10 school never to have done so). Sure, El Paso isn't exactly the vacation destination many of us had hoped for, but the Sun is actually a pretty good bowl: it's the second-oldest bowl game, behind only the Rose, having been played 74 times, its payout is pretty decent (in the $2M range), it's played on New Year's Eve, and the game is nationally broadcast on CBS (the only bowl CBS shows).