Q+A with Building The Dam

Share All sharing options for: Q+A with Building The Dam

Well, we got OSU coming up.  Big game, big game!  We decided to do a Q+A with SBN OSU Blog, Building The Dam.  They were kind enough to answer some questions for us, which are after the fold.

Look, we are facing off against OSU this weekend up in Corvallis.  Not much is known about this Corvallis.  So, I thought I'd take a look at what Wikipedia has to say about Corvallis.  Here are some key phrases that might give you more information regarding Corvallis:

"one of the wealthiest regions in the United States"

"The popularity of the region, owing both to its mild weather and its cultural and economic diversity, combined with strong anti-growth sentiment (both local and statewide), has led to high housing costs, especially for ownership and for commercial property leases. Owing to the relatively lower costs of outlying housing and limited public transportation, long, expensive, and often unpleasant automobile commutes are common in the region, and these costs tend to trickle down throughout various activities, making many other activities such as dining out, theater tickets, etc., more expensive than in other areas of the country. Wages of only a limited portion of the population have kept pace with the increased expenses, and many minimum wage earners, even those holding multiple jobs, (and many families with multiple members employed) are classified as "working poor," while the higher incomes necessary for a satisfactory lifestyle in the region lead to higher taxes, especially at the federal level for persons not qualifying for high mortgage or self-employment related deductions"

Oh wait, no, that's all for the Bay Area.  Corvallis is a village of 50,000 people with its Courthouse and the highest peak in ALLLLL of Benton County listed as the major tourist attractions.

That might explain why we got our responses back from Building The Dam in under 15 minutes.  And a short note thanking us for giving them something to do on a Monday night.  Check it on the flip side.

Also, we've been doing that whole posting thing again.  Check it:  A look back at USC, Top25, USC Observations.  Inside The Numbers for OSU.  Fantasy Recap.  Roundtable. YTT.

PS What's a guardwara?  (Edit:  I have just been informed that a guardwara is a Sikh temple.  So, I learned something new today!)

What is the #1 player on offense Cal fans should know about?

What is the #1 player on defense Cal fans should know about?

I'amafana Tuimalealiifano --the only known player in Pac-10 history to have all 5 vowels in his last name.  Lucky for you he's redshirting, for he is obviously Bak Bak's nemesis.


Which player should start at QB for the Beavs?

Whoever is able to practice this week.  We have absolutely NO quarterback controversy.  Not even a little bit.

What's it like to have a mascot that is a slang term for Vagina?

I always wondered why they called them "Golden Showers" now I know it's because they come from Golden Bears.

Why does the team always start slowly every year?

Uh, we do?  There's 3 things.  First, I think it's because we play Top 10 teams on the road, usually 2-33 time zones away and often on Thursday nights: LSU, Louisville, Boise State, Penn State, Utah--even Cincinatti won 10 games and finished in the Top 15 from out of nowhere the year we played out there.  Those teams are just very hard to beat.  It's not like we're playing teams 2 games removed from losing the Emerald Bowl or who lose to UCLA in their next matchup against our conference and then fire their coach.

The second thing is that Mike Riley is very, very, very good with time to prepare and game film.  Coach Riley is undefeated after bye weeks and bowl layoffs, and has the best record in the conference over the past 3 years in October, November, and December.  He's very good against familiar opponents, as in conference.  If you give him 3 game films, you'll have a winning game plan pretty much every time.  Maybe it's a crutch?   This year, we didn't have that with Stanford completely changing their defense and Penn State completely changing their offense over the summer.

The 3rd thing, and this mostly pertains to this year, is that we only held 3 full contact practices in fall camp and I didn't notice any tackling drills at the few practices I went to.  It's my opinion that we tackled so poorly against Stanford and Penn State this year because of this minor detail.

What the hell happened in that Penn State game?

Those guys are good.  It was very disappointing to me that we didn't just run it right at them with all of their suspensions on their defensive line and Quizz in our backfield, but that was before the coaches had tested or trusted his ability to carry the team (it was his first start).  I hope we get to play them in the Rose Bowl.

Tell me why Jacquizz Rodgers is having a better year than Toby Gerhart.

Tell me why OSU traditionally does so well in November - or is it just coincidence?

First of all, we get one guaranteed win against an inferior oregon program every year.  That helps a lot.

This is what I notice: a lot of coaches can't see past the end of their nose.  It's been 5 years since Dennis Erickson was coach here, and he was always about winning right now.  Erickson burned Derek Anderson's redshirt year so the Beavs could possibly make a comeback on the road at Washington State in 2001.  They didn't win that game, but the gamble DE took that day cost the program one year of a more mature Derek Anderson (2nd leading passer in conference history) and probably a few W's (the team went 5-6 in what would have been Anderson's senior year).

Riley would never do something like that.  He gets the most out of what he has by getting the most out of what he has.  Everything that Coach Riley does he does it for long term success and program development.  We grayshirt undersized players who are fast enough and have the right character to play for us, then we redshirt everyone except for prodigies like the Rodgers Brothers or Sammie Stroughter.  We rotate about 10 defensive linemen so that everyone stays healthy and fresh as the season goes on and they're able to stop the run and then apply very heavy pressure on quarterbacks to prevent them from matriculating the ball down the field.  We have a great offensive line coach who can juggle the line positions as injuries occur during the season.  We have a fairly complex passing offense that takes a while to learn, and is not easy to defend.

Coach Riley is very positive.  He doesn't berate his players if they're not doing well, and he (like Pete Carroll) doesn't make excuses following losses.  Contrast this style to Mike Stoops (always berating) or Mike Bellotti (every loss is followed by whining and excuses) and you will see why Riley's (and Carroll's) teams play so hard and overcome adversity as the season goes on, while the teams they are facing generally do not.

Having really good players helps, too.  The Beavers usually have the most All Conference players except for USC.


Is TwistNHook wrong for trying to rein in some of the NSFW photos on the CGB? 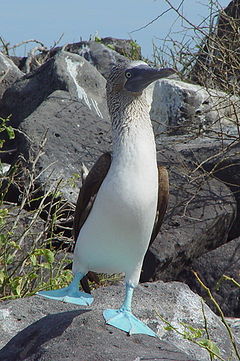 Thanks to Building The Dam.  Good luck tomorrow, guys!