And ok, so I was wrong about the Muslim thing.  And it's unclear what kind of Buddhist Obama is.  But that socialist thing, I was DEAD ON!  It's only like 1 week into his not even yet presidency and socialism has already spread across America.  We are working in forced labor camps.  We are criticizing Shostakovich's music as muddle.  And we are sharing the Roundtable.

Now, no blog is hosting it.  No blog owns it.  We all came together to create the questions and then the answers.  The people control the means of discussion! 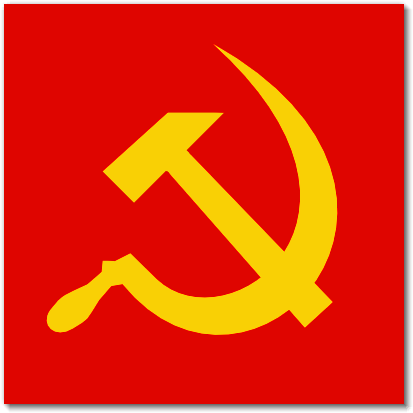 It'll be easy for Berkeley when Obama makes us all socialists, because we are there already via www.tbray.org

Also, we've been doing that whole posting thing again.  Check it:  A look back at USC, Top25, USC Observations.  Inside The Numbers for OSU.  Fantasy Recap.

1.  USC and OSU win out.  OSU wins the Pac10 and goes to the Rose Bowl.  USC doesn't win the Pac10, but due to the BigXII and the SEC cannibalizing themselves, manages to get into the National Championship game.  Discuss.

Why would this be a problem?  There's plenty of precedent for this in the past, so let's not get our panties in a bunch over this.  Obviously, on its face this is pretty ridiculous, but if no one thought this was an issue before, it shouldn't be now.  And I'd be interested to see whether or not Oregon State is able to put up a decent fight against Penn State this time around, so I don't think it would be quite the disaster that everyone's predicting.

2.  Oregon State is the only team that controls its Pac-10 destiny due in large part to freshman phenom Jacquizz Rodgers, but their next 3 games will be their toughest stretch of conference games. What are their chances of winning out and going to their first Rose Bowl since 1965?

Well, what is in their favor is that 2 out of 3 of those games are at home.  Cal and Oregon are at home with Arizona being on the road.  However, it seems very difficult.  Cal and Oregon are both very, very solid teams.  They have strong running attacks that will take it directly to the OSU D.  Plus, Arizona on the road.  Cal fans can attest to how difficult it can be to play at Arizona.  Right now, OSU is 2-3 on the road with the wins being against UDub and UCLA, two of the worst teams in the Pac10.  The losses are against Stanford, Utah, and PSU.  All solid to elite teams.  Still, OSU doesn't have a sterling away record.

Moreover, there are several reasons for concern for OSU fans.  Quizz is getting run into the ground.  He has well over 200 carries on the season.  He averages about 30 touches a game.  As a freshman.  If he can keep this up, more power to him.  But there's a good chance he could wear down as the season progresses.  Moreover, their QB, Moaevewkslwe has been injured.  Sean Canfield has been backing him up ably, but that is against UCLA and ASU.  Not exactly elite pass Ds.  Arizona, Cal, and Oregon ALL have great pass Ds.  I'm not sure when Moavjwkfklw is coming back, but Canfield is apparently starting against Cal.

So, while OSU has a favorable schedule and while OSU seems to peak at the end of the season, it seems unlikely they will beat all 3 of those teams.  But if they do, they deserve the Rose Bowl!

3.  It's pretty widely accepted as of now that the Pac-10 is having, across the board, its worst season in years. Give us your #1 reason for this sudden downturn in quality.

Barack Obama.  Unfortunately, this was NOT the change we needed.

4.  Each season can bring significant change to a college football team, whether from graduation or a change in starters. Now that we've seen the majority of the 2008 season, what do you think will be the significant changes for your team to contend with in 2009?

Well, the biggest drop off is at the LB position.  We lose 3 of our best LBs and potentially our 3 best players: Zach Follett, Worrell Williams, and Anthony Felder.  These three guys are beasts in the middle of the field there.  We have some guys to step in with notable talent, such as The Prophet Mike Mohamed.  But nobody like those three.

Another big change will be having only 1 QB.  Love him or hate him, Kevin Riley will have this team to himself next year.  He *could* have EASILY had this team to himself this year, but unfortunately didn't play to the necessarily level to do so.  Pretty much the entire offense comes back.  The most notable loss on there is All-Everything C Alex Mack.  But the loss of Mack will be offset by having pretty much every RB, every WR, and the QB back with an extra year of experience.  This year the offense has had flashes of brilliance, but not consistency.  Something that you would expect from a talented, but young squad.

Next year, they could really gel and be the start of something special.  We also have pretty much all these players together for 2010, unless some leave for the draft early (I'm looking at you, Jahvid!).  So, Cal fans are pretty excited about next year's team.

Now, maybe there might be a few years now and then where they underperform.  Maybe they'll have a Michigan 2008-esque year.  But it will be the exception to the rule.  Still, they have been losing a game or two since Reggie Bush left.  This is not the Bush-Leinart team of old.  There will be a chance for other Pac10 teams to reach the Rose Bowl.  But it's going to take near perfection.  May that happen for Cal in 2009.

no ballot this week

oregon over Arizona because 3 of us like the ducks better, but the points work out the same