For the OSU game last year, I went onto the field for pre-game warm ups.  Snapped some good photos and potentially jinxed my beloved UC Cal (GO FIGHTING GOLDEN UC CAL!).  So, I was nervous returning to the scene of the crime.  What if the team lost in emotionally devastating fashion again?  I even wore the same shirt that I wore for the OSU game.  WHAT WAS I THINKING!?!?!?!?  Besides, yknow, that for some insane reason "My off the field actions can affect on the field action."

But I did it for you, the reader.  I was willing to jinx the team and potentially cause myself to cry all to bring back some photos for you guys, SO YOU BETTER LIKE THEM.  Triple Los Sigh!

Honestly, you don't even have to get onto the field to get close to the team.  If you stand by the North Tunnel, players are running in and out all the time. 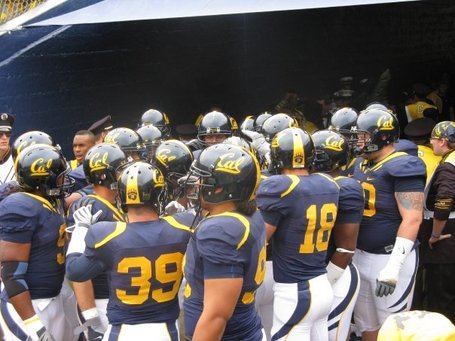 Of course, pretty much the first thing that happened when I got there was Jahvid Best came running out in street clothes.  Heal well!  Heal well! 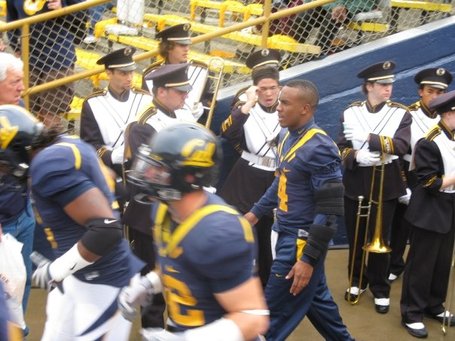 That black elbow thing doesn't look too promising, but who knows.  He has 3 weeks, so hopefully it'll be OK.  He was just standing around signing some autographs.

I love the hair. 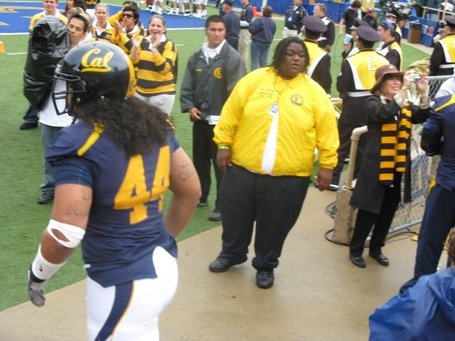 Then, the Alumni Band came marching in. 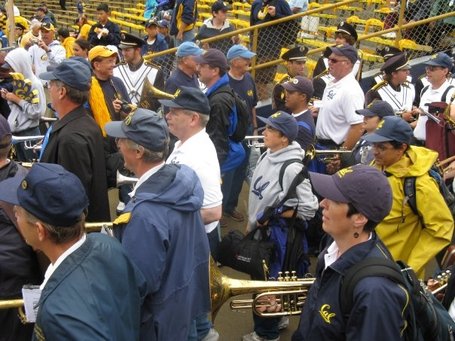 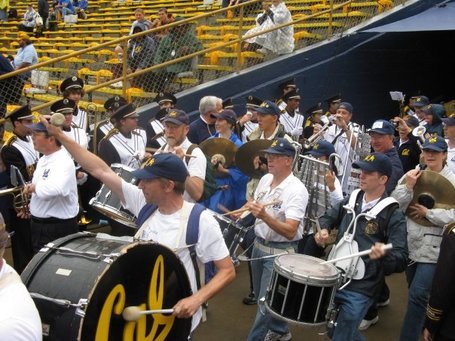 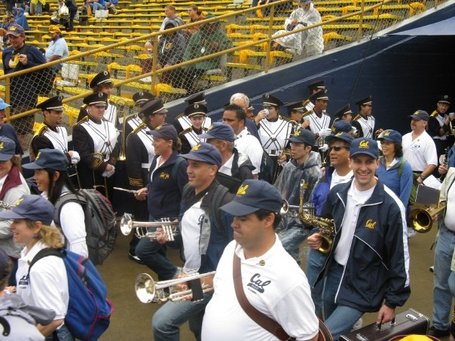 When we got out there to the field, Riley and Longshore were alternating snaps. 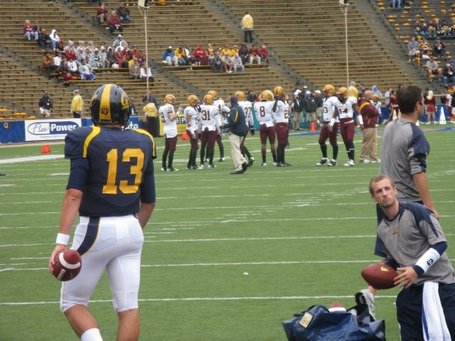 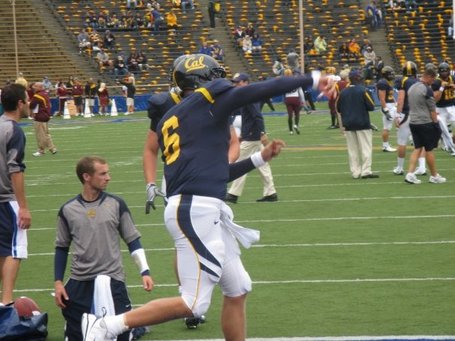 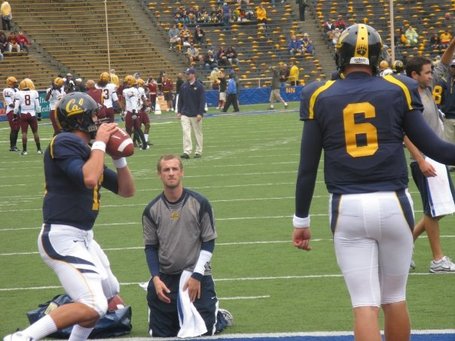 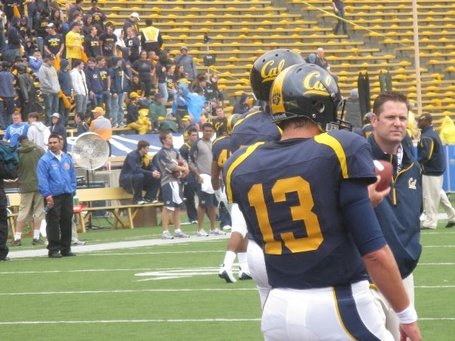 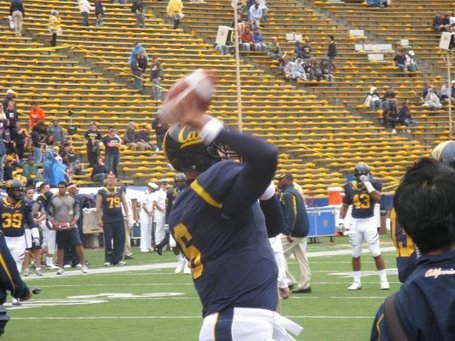 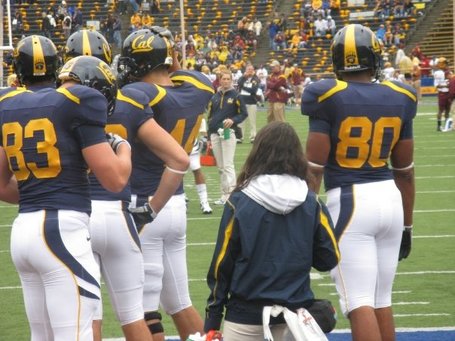 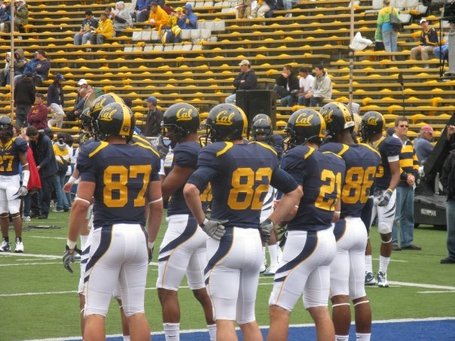 The Tight Ends, too. 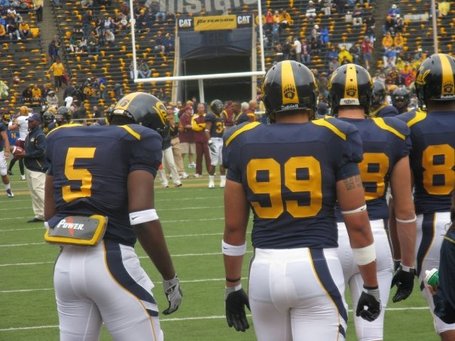 Follett came running onto the field from my left.  Not pictured:  His Pain Train. 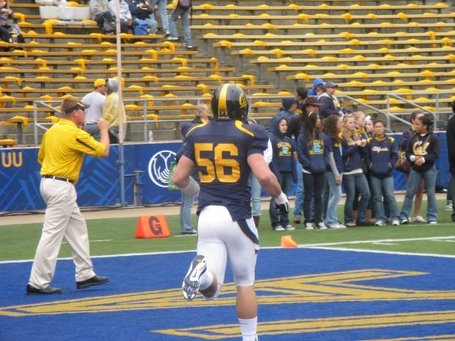 Tedford was standing to the right of the QBs, watching them.  I wonder if he had made his starting decision by that point. 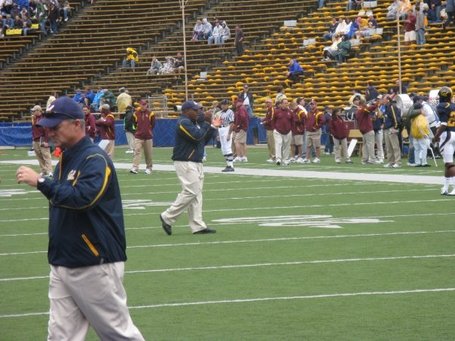 The QBs continued to take snaps while he watched: 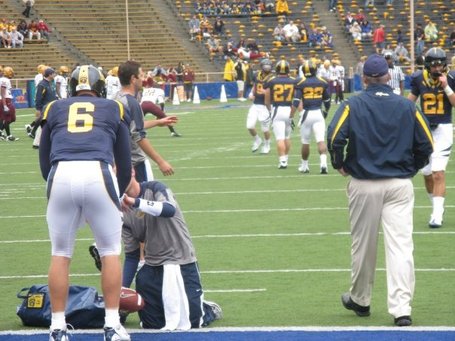 Over on the far left, the DLine was practicing.  More on them later. 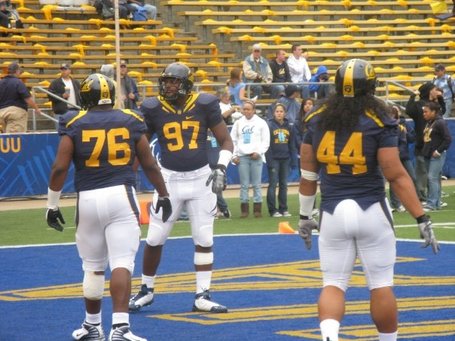 Michael Calvin came out.  With braids! 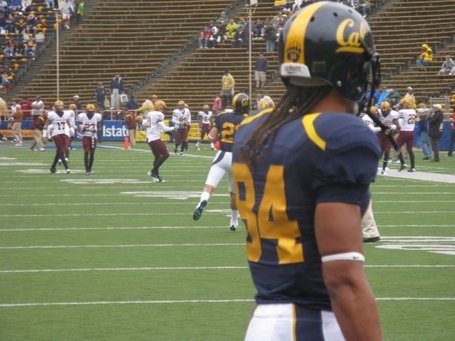 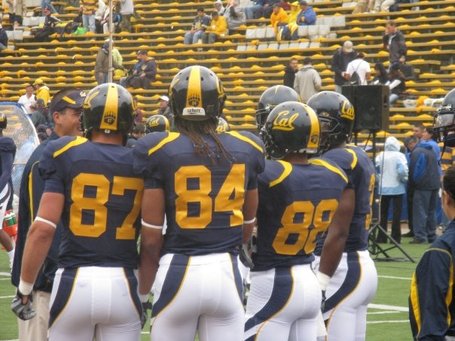 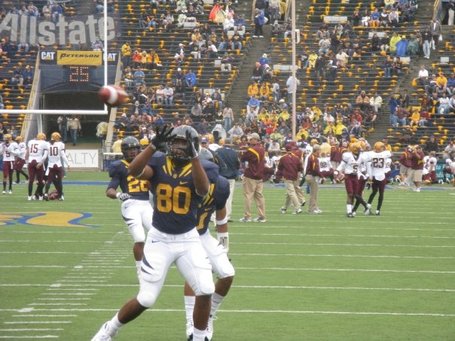 I had been on the lookout for SydGOD.  Finally, he emerged! 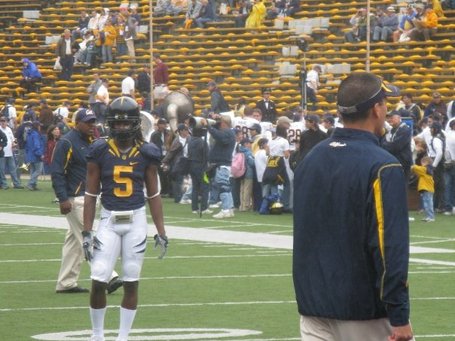 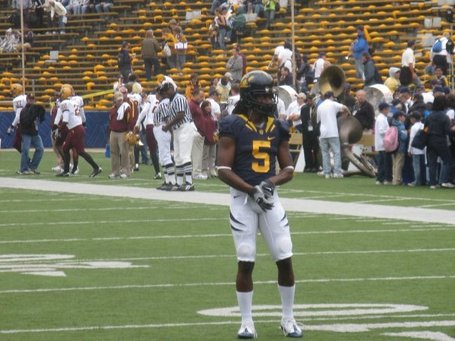 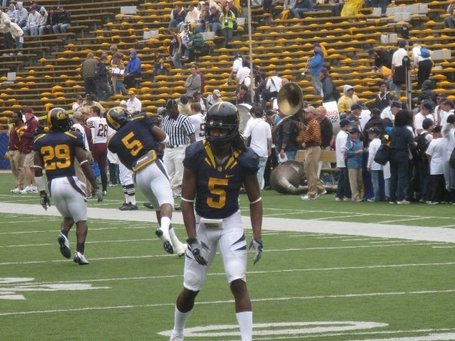 The OLine was doing its thing, too: 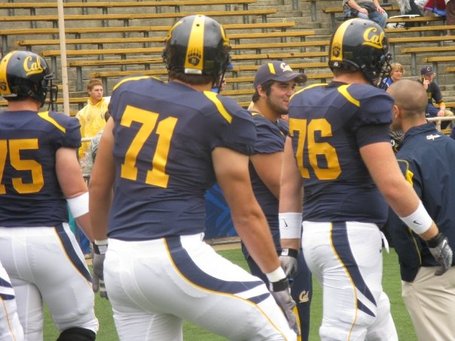 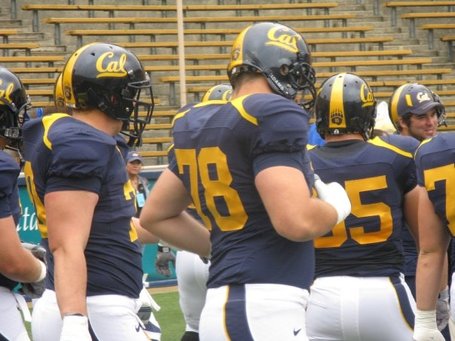 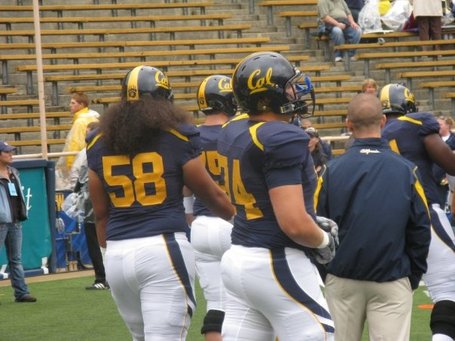 Ok, that's good.  I'll split this up into two posts, because I still have a LOT more to go.  Videos of the DLine practicing and team stretches.  More DB practice.  I hope you enjoy this first set and I'll work to get the second set up soon.  And then some actual, yknow, game action after that.