Q+A with House Of Sparky!

Share All sharing options for: Q+A with House Of Sparky!

Before we get to the Q+A, we've been posting a lot recently.  So, if you missed anything, look at our Post CSU thoughts, our CSU photos, photos, and more photos, the Fantasy Week In Review, and our debate over Top 25 rankings.  Also, the Roundtable and Conspiracy Post and Eating the Enemy.  Now back to the Q+A:

We like ASU blogs.  We felt that House Of Sparky AND Pitchfork Nation both do great work blogging for ASU.  We couldn't choose between the two.  So, we sent out missives to both.  Only House Of Sparky got back to us.

Does this mean that Pitchfork Nation hates us?  Unquestionably, yes.

Why?  I can only assume pure, unadulterated anti-semitism.  That is clearly the ONLY reasonable answer.  Clearly.  There is no doubt in my mind that Pitchfork Nation is unapologetically anti-semitic.  And, yknow what, that only makes me like them THAT much more!

After the fold, remarkably less anti-semitism questions and House Of Sparky's only vaguely anti-semitic answers.

1.  So what's the verdict on Dennis Erickson now? Still optimistic?

The verdict on Denny has not changed at all with these two losses.  Despite getting outcoached in the Georgia game, ASU was also simply outplayed.  UNLV was a big mistake, but we are not going to string him up for the one loss.  Sun Devil Fans put up with Dirk Koetter's nonsense for years - terrible coaching on defense, weak recruiting classes outside of skill positions, terrible record against Pac-10 - a couple of let downs in his second year after winning Pac-10 coach of the year with Koetter's leftovers and a hastily put together recruiting class will not be held against him too much.  His spread offense has proven effective, and our O-Line still is not where it needs to be.  After the first top 15 recruiting class in ASU history, we can forgive Erickson - as long as he wins this week.

2.  What did you guys think about your preseason ranking? Justified or too high?

Frankly, we felt like our preseason ranking was justified.  We were entering the season with a lot of returning starters, a great recruiting class, and the most experienced quarterback in the nation in his second year in this offense. Most of us expected to win every game except Georgia and USC - and some of us felt like we could pull an upset in one of those games.  Coming in, we feel like it was absolutely justified.  With these two losses though, we have a ton to prove to even begin sniffing the top 25 again.

3.  Do you think ASU was overrated last year due to its fairly easy schedule?

I don't think we were really overrated.  Heading into the Holiday Bowl (not that great of a bowl) we were ranked 11 and got dismantled by Texas.  We lost to USC and Oregon (two great teams) and then won the rest of our games.  Co-Pac-10 champions, despite the Pac-10 not being as strong as it sometimes is, is no easy feat.  And good teams beat teams they are "supposed to" and we managed to do that last year.

4.  What is the #1 player on O Cal should be concerned with?

Rudy Carpenter.  Coming off two down games, Carpenter is going to be throwing the ball. Don't be surprised if he ends up with over 300 passing yards. He is going to be fired up, motivated, and looking to prove something. The offensive line has gone through a lot of work during the bye to protect Rudy, and Carpenter has all of his weapons available to him in this game. 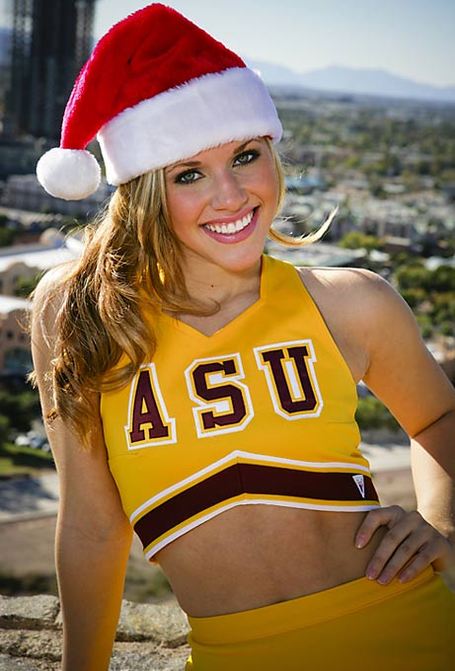 "Is this Sparky and, if so, where is her house?" via i.cnn.net

Dexter Davis.  Through 4 games Davis has 6 tackles for loss and 4 sacks. Coming off a 10.5 sack season last year, Davis has increased his quickness and strength and has been able to get around the edge a handful of times every game so far this year. Cal might be forced to add some help to Davis' side with a TE bumping him or a RB/FB to help pick him up.

6.  What did ASU learn in the UGA game that will help them against Cal?

ASU learned a valuable lesson - we need to fix the offensive line and the run game, because we simply can not run the ball. Erickson, today, said, "Against Georgia we didn't run it," he said. "If I had a do-over, if I had a mulligan, I would go in and run it more to give us a chance to run it." We are last in the pac-10 in rushing and 110th in the nation. Simply unacceptable.  While part of the blame is due to Keegan Herring's injury, there is no excuse to be this bad. 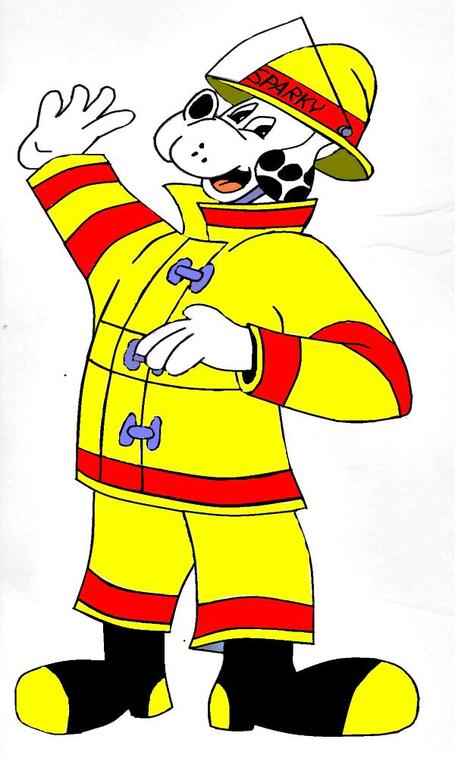 "Sparky The Fire Dog is ASU's mascot!" via www.seviercountyfire.com

7.  If you could choose one Cal player to NOT play in this upcoming game, who
would it be and why?

Well, it looks like we have our wish, because if we could pick one player to not play it would be Jahvid Best.  Kid can run, kid can catch, and kid is faster than all of our linebackers.  Without him, the load will fall on Vereen and Slocum, and it is much nicer to only have to deal with that instead of Best. Looking back on rivals.com recruit rankings, Best outshines Vereen as an athlete in every measurable, and it will be a luxury to not have to try and stop him.

Thanks to House Of Sparky!