Before we get to the Roundtable, we've been posting a lot recently. So, if you missed anything, look at our Post CSU thoughts, our CSU photos, photos, and more photos, the Fantasy Week In Review, and our debate over Top 25 rankings. And now back to the regularly scheduled Roundtable:

Well, Addicted To Quack is organizing this whole Pac10 Roundtable thing. 8 out of 10 of the Pac10 teams (Boo Stanford and Arizona!!) have blogs that get together to discuss the news of the day.

You might be asking yourself, "Week 5? But where was Week 4??? And why am I talking to my computer?"

Well, there's one simple reason why you are talking to your computer (besides the general insanity), Addicted To Quack FAILED US. THEY FAILED US.

You let me down, Addicted To Quack. Now, I don't believe in nothin' no more! I'm going to law school. 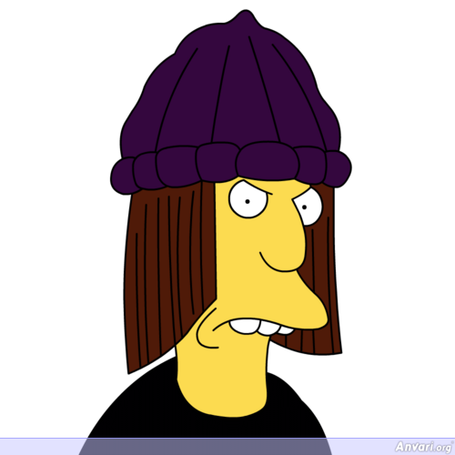 And now that we've gotten out of the fetal position, we can move on to Week 5. This week they are hosted by SBN's USC blog, Conquest Chronicles, ensuring that extra special "evil" feeling.

Oregon State will be represented by Building the Dam. The Washington schools chime in with The WSU Football Blog and our newest SBN blog, UW Dawg Pound. Conquest Chronicles and What's Bruin, Dawg? corner the SoCal market. Finally, Pitchfork Nation comes to us from the hot state of Arizona.

Behind the fold, find the questions. And, to a much lesser extent, the answers. We brought our heads together to bring you these bad boys, so I hope you enjoy them! GO BEARS!

1. Let's start off with a conference wide question. With USC's loss to Oregon St. on Thursday, is the myth (which I never believed) of USC and the 9 Dwarves finally shattered? Does this game help give the Pac-10 more credibility nationally? If not, why are those anti-Pac-10 bigots wrong?

No, the myth is still very much alive. USC has won or shared the last 6 Pac-10 titles, and despite the loss to Oregon State, you'll find very few pundits out there that will bet against a 7th title forthcoming. USC's had its stumbling blocks over the years, but actual challenges to its throne of Pac-10 supremacy have been few and far between. Cal came achingly close in 2004, but I think the closest we've come to seeing an interruption in the dynasty was the Oregon game last year. It was perhaps the first time since Cal in '04 where a legitimate conference aspirant went toe-to-toe with the Trojans with a potential title on the line, and this time USC did not win. The game was not a fluke, or a major upset; I felt like the better team won in Eugene last year. Of course, Dennis Dixon's knee shot that whole thing to hell, and USC once again claimed the conference's BCS berth.
Ah, yes, the BCS. Despite having plenty of highly-ranked and qualified runners-up, no Pac-10 team has secured an at-large BCS bid since USC in 2002. This is the real downside of the 'nine dwarves' myth; other than 'SC, none of the Pac-10 teams are taken seriously as at-large candidates. In fact, in BCS history only 3 teams have ever finished as high as 5th in the BCS standings and not been selected for one of the three big-money games. Two of those teams came from the Pac-10 (Cal in '04, Oregon in '05)**.
If the Pac-10 wants to be taken seriously as a national powerhouse conference, someone else has to rise to USC's level. It can't simply be a case of USC falling apart and someone else ascending a heap of mediocrity; no, the conference needs another standard-bearer, one who will take on all comers and most times, give them a butt-whupping. That the conference is actually very competitive isn't noticed much by eastern media who had mostly gone to bed by the time Pac-10 games finish, as if they could get the games on their cable packages anyway. That the conference consistently plays the toughest non-conference schedule of any of the BCS conferences is mostly ignored by media in love with the SEC's gaudy win total, mostly compiled over the Sun Belt and the ranks of I-AA.
Ohio State has Michigan. Florida has Georgia. Oklahoma has Texas. USC has...Oregon State? Work on that, Pac-10.
**FYI, Virginia Tech in '00 was the other.

2. Now that we are 5 weeks into the season, everyone should have a pretty good feel of how their team is performing. Tell us one or two things (good or bad, on offense or defense) that you're seeing that has surprised you about the performance of your team.

I am a bit surprised about the play of the kickers. While our punter has been all-world, our kicking has been less than hoped for. We have major trouble on kick offs, especially. Many kicks go out of bounds. Our coverage on the ones that stay in bounds is especially bad. It doesn't seem like a big thing, but this is a team that needs all the help it can get to compete in the Pac10. No point in needlessly shooting itself in the foot.

I am surprised, positively, about the play of the defensive backfield. I knew that SydQuan Thompson would be good, but he has shot past good to great. Darian Hagan has been quickly picking up steam as a corner and the safeties are always hitting hard. With some concerns on O, we need our D to play staunchly. There are no questions that the DBs are playing at an exceptionally good level.


2a. More important, how much more of a snapshot do you need to really see where your team is headed this season?

Final play of the 1st half against Colorado State ends. Team runs off the field. Then, refs blow the whistle. With 1 second left, CSU called a time out. Team runs back onto the field for a meaningless final play.

Our stud DLineman, Rulon Davis, breaks his foot on said play and is out for 6 to 8 weeks. So. Yeah.

3. As evidence of Thursday night's big Oregon St. win, it's pretty clear that the Beavers have USC's number up in Corvallis. Who's got your team's number in the conference, and why?

Oddly enough, OSU has had our number in the past few years. Last year we had the lapse at the end of the game. Two years before that they defeated us. This year, we face them at the end of November. This is not a solid time to face them, because they always seem to peak at the end of the season. So, I would not be shocked to see Cal lose against them again this year.


4. Everyone has a bad loss so far this year, even if it's just one. What did that one loss expose about your team, and how has your team bounced back?

The Maryland loss showed that our team can be beaten in the trenches and that, if so, Jahvid Best and Co. have trouble making their own holes. Best was stymied there, because the OLine couldn't create holes for him. He's not like Marshawn, who can stiff arm his way over people. He can dodge some tacklers, but without a strong OLine he just runs forward and falls over.

Has the team bounced back? Well, we crushed CSU in the next game and the OLine dominated up front. But CSU isn't an elite team. We'll see how things go against ASU. I think that our OLine is going to be really good this year, led by All-Everything Alex Mack. But there have been some unfortunate injuries and the Maryland game showed how important the OLine needs to be.


5. To me, play-calling from play to play is over emphasized, when adjustments over the course of the game are key. How are your coaches doing throughout the course of games? Are they doing an adequate job of making the necessary adjustments, or do you feel they are hampering the players in their efforts?

Ultimately, it is extraordinarily difficult for us, random plebes as we are, to judge those sort of things. It is incredibly easy for somebody to lazily say "We wuz done outcoached, we wuz." But this Dickensian chimney sweep doesn't think he is in a particularly good place to make such a judgment.

It's easy to judge execution. Either you catch the ball or you don't. Either you tackle the guy or you don't. But to judge preparation and organization is much more difficult. You have to have nolej of what other plays could be or could have been called. You need to have quite a bit more nolej of the team's strengths and weaknesses and the opposing team's strengths and weaknesses. Maybe every now and then an incredibly glaring situation arises. Red Sox pitcher is hobbled by bloody foot as evidenced by ketchup stained sock. Yet no bunts are ever called to try to force him to defend his position on a supposedly gimpy foot.

But those are few and far between. Generally, without having seen all the game film and all the practices it is a fool's errand to pretend to be kwalified to judge those sort of coaching decisions.

Unless you are HydroTech. That guy has like a fucking PhD in football. F'realz yo. F'realz!

We also have Pac10 Top10, which we have placed in here for the sake of minimizing posts.

CougCenter has corralled us Pac10 blogs (well, most) into doing a Pac10 ranking. Interesting stuff.

Here is our overall ranking:

Note that we have Oregon above California. No homers here. And OSU has leapfrogged ASU. Previously, we felt OSU was in the Pac10 3rd tier with Arizona. Now, we apparently feel that they have made it into the 2nd tier. If Cal has a big victory over ASU this week, then maybe ASU will fall back to the 3rd tier (esp. with USC looming). I'd certainly love for that to be the case, but doubt it'll happen exactly like that.

Here is the overall blogger composite ranking and behind the fold are the the other individual votes:

1.USC- They hold the top spot but that grip isn't that secure anymore
2.Oregon- Nice win over WSU with their 1007th string QB
3.Cal- A costly win with Best being injured?
4.ASU- Bye week
5.Oregon St.- Uh...do I really have to explain it?
6.Arizona- Bye week
7.Stanford- Nice win over the hapless Huskies
8.UCLA- Did they really accept that penalty? The offense looked better though.
9.WSU- Hang in there guys!
10.UW- Costly loss with Locker breaking his thumb. Will Ty be fired mid season?

Note: House of Sparky continues to rate Cal generally lower than most. But they also have ASU even lower, so, although unique in their rankings, they aren't homers.

What are *your* rankings?