Her Voice Was Truly Divine!

Share All sharing options for: Her Voice Was Truly Divine!

Well, let me tell you, ladies and gents, what a Saturday night I had. After watching the Kansas City Wizards defeat the San Jose soccer team on a very exciting last second goal, I went out for a night on the town.

Dame Judy as Ms. Jenkins is truly to die for! What a angelic voice she has. And I couldn't forget the contribution of brilliant Donald Corren who plays her wry accompanist. He was so wry. So, very wry.

After that amazing show, we went over to Jardieniere, one of the finest restaurants in all of the City. I had the Riesling wine, which had a bouquet that was a bit too fruity for me. And that's hard to pull off!

So, uh, did I miss anything else on Saturday night?

Ok, ok, that's all a lie! Well, except for the shaving the legs part. That is part of my pre-sleep Saturday night ritual. But it wasn't the only thing that sucked a LOT Saturday night.

Watching the Cal game was as depressing as experience as watching a live Broadway show about a New York Socialite with her wry accompanist that is a heartfelt, wickedly funny look at the limits of self-perception and the unpredictable nature of friendship.

Last time we had a depressing loss like this (which is to say a loss), it was against Maryland. And after that game, I tried to take stock of where we were as a team and what we could expect going forward.

After that loss, many people anticipated that we would end up splitting the OSU and Arizona games. I, personally, agreed, thinking we would defeat Arizona and lose to OSU. Now, I am not so sure we will defeat Arizona. Hey, when is that game again? I should really watch it! I hope we win!

But I thought we could take the time to look at our schedule going forward. Look to see what we can expect from this Cal team in our next 6 games (and hopefully 1 more beyond that). There will be many people looking backwards, let's take a second to look forward. 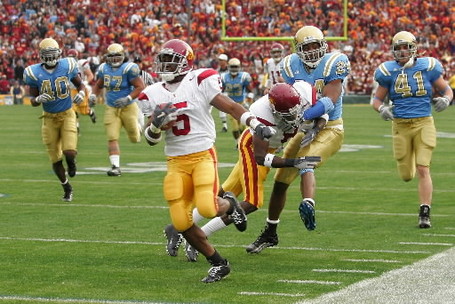 Our next opponent is UCLA. At home. Being at home seems to be WILDLY different for this Cal team. We're able to control players like Javon Ringer at home, but let a freshman 3rd stringer run wild on us on the road. Honestly, in college football today, it is very difficult to win on the road. Just ask USC! Well, not after this weekend, I mean against OSU. Let's take a look at UCLA's schedule:

As for Arizona, they played them on September 20 in the Rose Bowl, losing 31-10. That huge TE guy who killed us last night killed them, too. I would say that Cal played better on the road against Arizona than UCLA did at home. It is difficult to use some sort of transitive property in college football, but I think there is still some value to be gained by comparing common opponents.

Although UCLA will be coming off of an exciting last minute victory against Stanford, I still feel reasonably confident about this game. UCLA does not have a lot of talent and what talent it does have has been injured. UCLA has some BAAAAAAAAD defeats, the sort of defeats that Cal has generally avoided in the Tedford era. Playing at home against these guys, I think that that puts us in a solid position for victory. 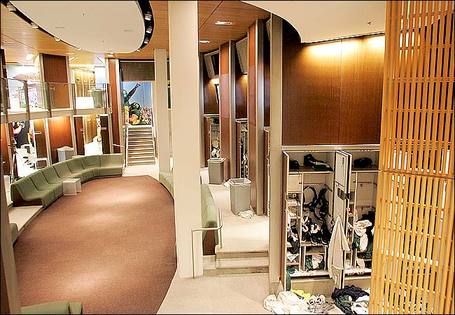 Another home game. Home cookin for our boys. This will be a markedly tougher opponent, however. Oregon was picked by some to challenge for the conference crown this year. Similar to UCLA they have had some rough injuries, in one game even playing a possibly extinct Stegosaurus as QB. Let's look at their schedule to date.

They are coming off of a bye after a solid victory. They face ASU in Arizona before coming to Berkeley. That could be a very difficult game for the Ducks. ASU has had troubles this season (to put it lightly) and will be gunning for a solid victory over another solid Pac10 team. I'm not sure who will win that game, but I wouldn't be shocked if ASU managed to pull it off.

Similar to ASU, Oregon has had its share of troubles this year. It slaughtered the first two teams it faced, but then had trouble on the road with Purdue. No real shame in that, but expectations were a bit higher before that game. The real kicker was losing to Boise State, at home. I'd say more about that 44-10 loss to USC, but two things help me hold my tongue:

1. After last night's game, I fear we might lose by a similar score in LA.

2. USC had lost to OSU the week before and was embarrassed.

Oregon is going to be a much tougher test than UCLA, but I still think we can beat them. Their much hyped defense has been exposed this year (just like ours was last night). They are having major problems with injuries on the offensive side of the ball (just like we were having last night). I feel confident that Cal can defeat Oregon here, if only because we seem to play a lot better at home and Oregon has shown, it is a much different team on the road than at home (like us!). 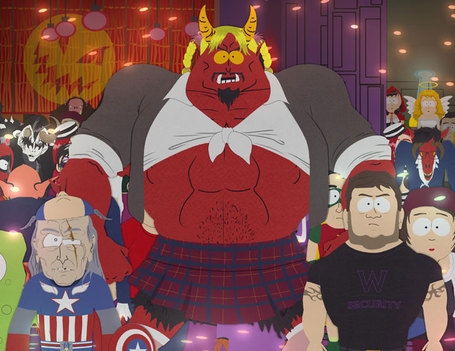 I previously had a sliver of hope after the ASU game. Maybe, just maybe, if our D holds strong and our offense can eke out JUST enough, maybe.

I have lost that hope. 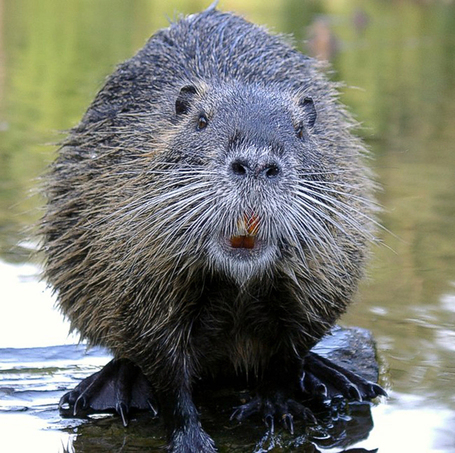 It's tough to figure out what the deal is with OSU. They have had some rough losses in there, such as Stanford and PSU. But they did beat USC, which is saying something. Then, the next week they lose to Utah. This is a bit of a back and forth team. They are known for peaking at the end of the season. Which is why facing them in mid-November ain't no good!

If the Cal team we saw yesterday shows up, then it could end poorly. Cal has had this odd relationship with OSU the past few years. Lose brutally at home, crush them on the road. Will this trend continue? I, for one, hope so! But am doubtful.

If we had so much trouble with that speed back in Arizona, the Rodgers brother will kill us. I am not feeling very confident about this game and would not be shocked now, if we lost it, going 1-4 on the road this year. 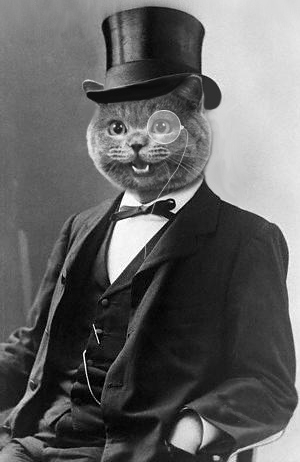 Well, Stanford has had a bit of an up and down season. Let's look at their schedule to date.

They beat Oregon State, then get WAXED by ASU. They beat Arizona, but lose in a crushing fashion to UCLA. It is difficult to really learn a lot from here. Looking at common opponents doesn't help much, either. They beat Arizona (in Palo Alto), but then got destroyed by ASU (in Arizona). Conflicting signals there.

The only real signal you get from that is that Stanford is a similar team to Cal, insomuch as they play much better at home. Beating OSU, SJSU, Arizona at home, but losing to ASU, TCU, ND, and UCLA on the road. They did defeat UDub on the road, but it is UDub.

We have the Big Game at home this year. I think Cal will be UP to get revenge for last year. At this point, since we probably aren't going to the Rose Bowl, since the Holiday Bowl is our probably Best Case Scenario, the Big Game is a truly special game for us. It is always a special game, but I think in the past few years when we were winning it easily, people didn't care as much.

Won't be the case this year. I feel reasonably confident about winning this game. 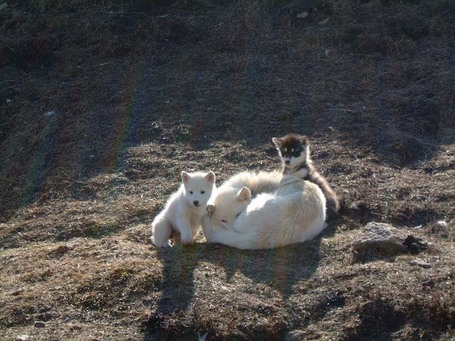 UDub. Oh, UDub. They are having a rough season. Let's take a look:

Rough. If we lose this one, well, as BearsNecessity says he might finally pay the $150 for FireJeffTedford.com. Then again, the same thing could be said about last year. But this at home. Instead of on the road. I think we can manage this one.

The Apple Cup is the game before when UDub takes on Wazzu. It is in Pullman this year, so there's a chance that UDub could be winless when they face us. They will be demoralized and there's a chance Willingham will not even be there anymore.

Well, when I last wrote, I thought 8-4 was a reasonable season for Cal. Splitting Arizona-OSU and splitting Oregon-ASU. Now, I fear we will lose both Arizona and OSU. But I'm feeling more confident about winning both ASU and Oregon.

The key games are the Oregons. It seems wildly likely that we'll win UCLA, Stanford, and UDub, while also losing to USC. The Oregons are the ones that cause the most concern. Especially OSU.

OSU is the game that this season most likely hinges on. If we can pull that one off, we could end the season 9-3. That might be enough to make the Holiday Bowl. If we lose that one, it could leave us at 8-4. Seems more like the Sun Bowl, but who knows. There's parity in the Pac10 this year.

What do you think we are looking at? I've included a poll with the Pac10 Bowls here. Vote in the poll and tell us what you think!