Here are a few of my post-game thoughts after reviewing the game on DVD. 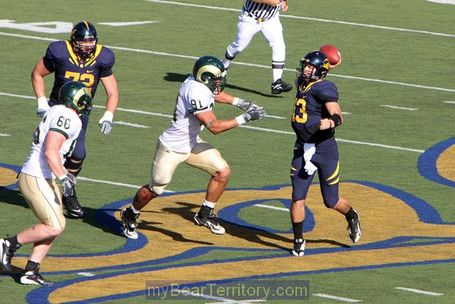 (1)  Audibles.  I have never seen so much changing of the plays at the line of scrimmage (audibles) by Cal QBs.  While the QBs aren't given free reign of the playbook to call whatever they wish, they do have the ability to change the plays at the LOS (line of scrimmage).  Such adjustments can be as simple as changing the direction of runs, choosing between run or pass on "option" plays ("option" as in the QB has a choice between two plays, not the Air Force type of triple-option), or calling up predetermined runs or passes out of certain personnel sets and formations.

Riley changed numerous plays at the LOS, as did Longshore.  Clearly, it appears as if both have been given more control of the offense at the LOS.  We can infer from this that both QBs must adequate knowledge of defensive formations and schemes to gain such control.

(2)  Colorado State couldn't stop our run plays.  I guess this is one of those "duh" observations.  But let me just elaborate.

Cal didn't even run its usual power run game with the pulling backside guard.  Instead, Cal opted for a different man-blocking scheme with straight ahead blocking.  No pulls, not a lot of fancy backfield motion.  Just plain and simple "we're going to run the ball at you" runs.  Boy did it work.

I think Cignetti must have called the same basic bread-n-butter run play out of different formations and motions at around... 17 times by my count.  Colorado State  knew what was coming and they couldn't stop it.

Why couldn't CSU stop our running game?  Well, besides us probably have more athletic and skilled players, I think this has to do with Cal being very physical during the bye week.  For those of you who didn't know, Tedford and the players reported that the bye week following the Maryland loss was one of the most, if not the most, physical bye week they've ever had.

The logic behind "going live" (actual hitting and tackling in practice) is debatable since this increases the chances of injury, but it does have its benefits too.  Those benefits are getting in real actual football practice rather than the sort of practice mock football practice (where players aren't allowed to tackle and block low on each other, etc.).  Like the song says: Ain't Nothing Like the Real Thing.  It's hard to prepare for something when you haven't really experienced it (see Cal's defense versus Air Force's triple option offense in the first half of the 2007 Armed Forces Bowl).

USC is probably one of more notable programs that has tons of hard-hitting live practices ALL.  YEAR.  LONG.  Petey likes it because the players compete and it gets them ready for games by putting players through everything they'll experience during a game at real speed and real collision speed.  Many USC players have often said that practices are tougher than games - that's how hard they go at it in practice. It's hard to prepare for something when you haven't really experienced it.

But like I said, live practices means more injuries which can ruin a team's season in an instant.  I guess USC can sort of get away with it since they have more blue chip talent than the other 9 Pac-10 teams combined.

(3)  Screens.  I get the feeling that Cal fans are tired of seeing screens.  Perhaps it's because we seem to call them up so often (but how much is "often"?).  Or perhaps fans think those plays are boring and they'd rather see straight dropback passing.  I think it's both but slightly in favor of the former latter [Writer error].  I mean, it's like NASCAR racing.  Fans like to see the crashes.  They want to see the blood, guts, gory glory.  Football fans get bored when there's no scoring, big gains, big losses, turnovers or sacks.  Methodical offense makes for a boring offense to watch.  Fans prefer tons of deep passing - and if deep passing fails there is always the sack or INT to keep the excitement high.  But with screens, the QB teases the DL by inviting them in.  The football fan is teased at the illusion of a possible sack.  But then the QB passes the ball off and it's a big letdown because it's not a dropback pass for 30 yards or a sack or INT.

We all love exciting football, but sometimes the boring screens have to be called.  Screens keep the defense honest by punishing them for blitzing and being too aggressive.  By calling screens early and often, you're telling the defense to be more passive or pay the price.  A less aggressive defense usually means the QB has more time to pass when he does actually drop back for that oh-so-exciting 40 yard bomb.

So is Cal screening too much?  I don't think so. 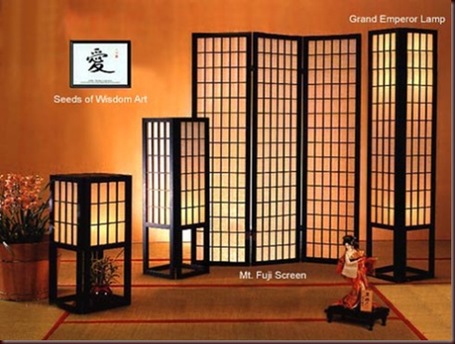 "Can never have enough of these out on the field! via artstyleonline.com

(4) Longshore showed great prowess... on defense.  I'm not saying he didn't on offense.  I'm saying that on the one play when Longshore needed to make a tackle, he did.

I'm sure you're all wondering when Longshore had to make a tackle against CSU.  It was when the field goal was blocked.  Remember, Longshore is the holder for PATs and FGs.  When it was blocked, there was a large mob of CSU defenders fighting for the ball amongst themselves.  The other Cal players on the field slowed down their pursuit thinking the play was over and didn't set up outside containment on the mass of CSU players - nobody except Longshore.  Longshore looked like Ray Lewis out there.  He saw that the play wasn't over and that the CSU defenders could easily wall of the Cal defenders from the sidelines for a touchdown.  So what does Longshore do?  He cuts to the outside, slicing through CSU's outside containment, and makes a textbook low tackle on the CSU player who had picked up the ball and started running with it.

(5) Riley.  Well, he had some good ones and some bad ones.  He had some not so good throws under pressure, and he had some not so good throws with little to no pressure.  I think even the biggest Riley supporter would have to admit that he hasn't been playing "great" or "good."  Perhaps "okay" is the proper adjective.  Does this mean it's time to bring in Longshore?  I don't know.  I'm not Tedford.  I haven't seen both QBs in practice.  I'm not entirely sure of the extent of their offensive and defensive knowledge.  So I'm going to refrain, for now at least, from saying whether it's time for a change.

(6) Longshore getting the moving pocket plays (rollouts).  This seemed to be on everyone's mind.  All the Riley-supporters were screaming bloody murder that Riley didn't get any but Longshore did.  They all want to know why.  Some speculate that Tedford is setting up Riley for failure.  This is completely ludacrous besides completely ignoring the fact that Cignetti is calling the plays not Tedford.

While none of us may every know why it is that Longshore got (only) two moving pocket plays and Riley got none, there are a few much more reasonable answers.

First, Longshore just got the luck of the draw.  Seriously.  It's only two plays.  It's not like Longshore got 8 rollouts (out of his 13 pass attempts).  Perhaps Cignetti just thought the situations presented to Longshore were more appropriate for moving pockets.

Second, ball location.  Coaches like to run plays which flow in a certain direction towards the open side of the field (the side of the field with more room if the ball is on a hash).  This factor sort of ties in with the "luck" factor.  Perhaps it just so happened that when Longshore was the QB, Cignetti thought the location of the ball on a certain down and distance was the perfect time for a moving pocket.  I believe that on Longshore's first roll-out play the ball was on the offense's left hash.  Thus the resulting roll out play right is more likely than normal.

Now, I know Riley had plays when the ball was off to one hash.  I'm sure some people are wondering why Riley didn't get roll outs in those situations.  Well, like I said, it's just luck.  Perhaps Cignetti didn't feel rollouts were appropriate in those down&distance situations, or the pass didn't match up with Cignetti's script or run/pass balance.

Third, Riley is injured.  Now before all the Riley-supporters go freaking out, let me just say I have no inside information on this what so ever.  None at all.  But if Riley has some sort of lower body injury, it would make sense to limit his execution of plays requiring running. Now, I bring up this highly highly speculative point only because on one passing play, I clearly saw Riley hop-stepping/limping after making a throw and getting hit.  Furthermore, on a dropback play with little to none defensive pressure, Riley had extremely poor footwork (which resulted in a high pass).  I will admit though, that I didn't notice any visible limp or other upper body injuries during the game and my DVD-rewatch, but that doesn't necessarily mean Riley wasn't injured.  Anyways, it's just speculation.  Let me repeat, I have no inside information on this issue, nor am I suggesting the Riley is injured.  This is merely a possible explanation for why Riley didn't get rollouts whereas Longshore got two. 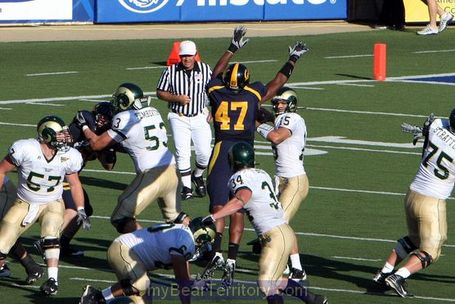 (7)  Gregory blitzed and stunted.  As hard as it may be to believe for all the Gregory haters, Gregory did the unthinkable.  Yes, he blitzed rather frequently and the DL stunted a decent amount too.  I will admit, it's nice to see this, but it should be noted that blitzing and stunting is does have its drawbacks.  I say this because all too often I hear people say "the defense needs to blitz" as if there are no drawbacks.  While blitzing does have higher reward, it does have higher risk.  And while stunting can confuse the OL, it can also result in the DL stunting its way out of position to stop run plays.

Anyways, I'm not saying we shouldn't blitz or stunt, but merely just reminding us all that blitzing and stunting comes with risks.