Share All sharing options for: Fantasy Week in Review - Week 5

My only contribution lately (aside from this slightly premature piece - I'm sure everyone's feeling good about Brian De La Puente's replacement and our red zone offense) has been whining about my fantasy team.  The 95% of you who don't read the comments on our fantasy threads (read: everyone except Hydro, Yellow Fever, Avi & me), consider yourselves lucky.  I know they're annoying to read; I annoy myself writing them, but each ball busting loss leaves me grasping for a release, and RemorsefulBruinBabe just can't appreciate the anguish behind statements like "Sam Bradford had 6 touchdowns and I still lost".  I need you, fellow fantasy football sociopaths, to relate to my misery and feel my pain.

That said, I don't want to become a whiny, one issue blogger like Yellow Fever (I HEART RINGER) or TwistNHook (MARSHAWNBONER) or Ragnarok (CEREAL FOR BREAKFAST, STATISTICS FOR DESSERT) or HydroTech (MAYBE WE SHOULD ALL STOP SHOUTING and realize that, as fans, we don't know everything and we should just trust the coaches even when they lead us to only a 7-6 record with 7 NFL draft picks) or CaliSeth (I LIKE SHOUTING AARON RODGERS FAP DRINK FAP DRINK FAP).  So I decided to whine a little bit more, out in the open this time, away from the low lighting and musky smells of the fantasy thread comments section.  Grant me this space to pathetically gripe, grumble, and snivel, for all to read, and I promise it will be the last time.  Or the last time until I lose to Yellow Fever again. 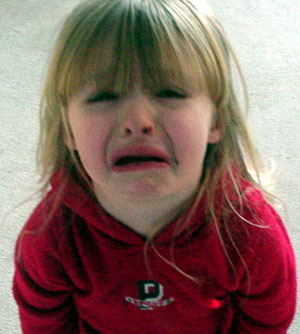 Since I have the 5th most points (out of 10 teams) but have somehow lost all 5 of my games, here are 5 things that matter way too much to me.

1) Chris "Beanie" Wells was my first round pick.  And with the chance to grab any defense, I selected the invincible magnificent Buckeyes.  Yes, 2 of my first 6 picks came from the most over-hyped team in the country.  Just for reference, my top two picks from my pro team were Randy Moss and Ryan Grant.  I love fantasy football!

2) Last week, Beanie was finally healthy enough to play, so at the last minute I inserted him in my starting lineup versus the vaunted Minnesota defense.  How did my first round pick respond?  10 carries, no touchdowns.  The man for I benched for Beanie?  LaGarrette Blount, 3 touchdowns.  I still earned the third most points of the week, but I played Yellow Fever, who had the second most points, and lost by 6, or 1 touchdown. 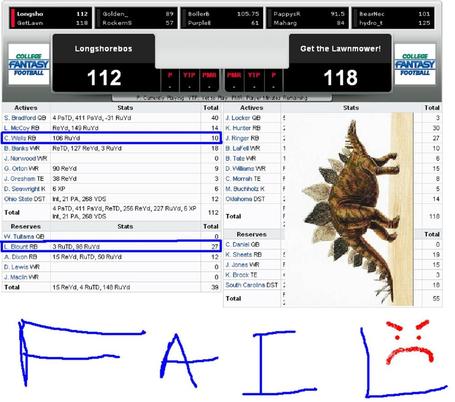 3) Growing up a Michigan fan, I hate the Buckeyes.  But one of the "keys" to fantasy football is to disregard your allegiances and pick the best players.  I thought I had done this by picking Wells and the OSU defense, but they've turned out to be the worst part of my team.  I've been faced with the very unpleasant task of rooting for OSU, only they continue to suck.  So now I hate them even more, because I'm forced to root for them and they keep coming up short. 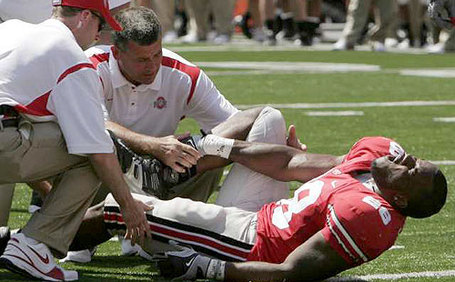 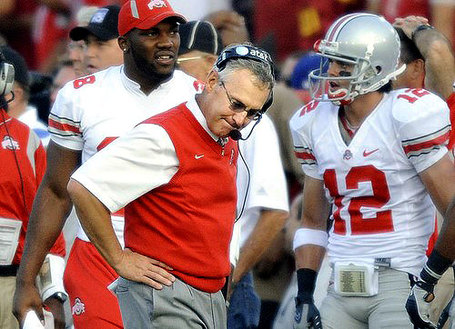 I can't even find joy in your failure any more. 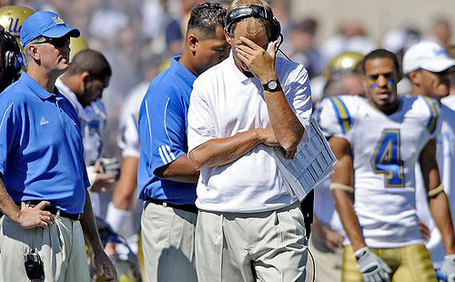 CoachRickNeuheisel knows how to cheer me up on a bad day

5) I was one of two people to skip Fan Appreciation Day in order to draft my players.  Every auto-drafted team has done better than mine.  Yellow Fever's auto draft netted him Ringer's backup, Brandon Gibson (not the WSU star, the Alabama receiver who hasn't recorded any stats this year), and the Western Kentucky defense (What?) in the first 8 rounds, and he's killing me.  Well done, CBKWit.

I hope the four of you still reading have enjoyed this visit into my fantasy hell.  I definitely probably shouldn't care this much, but to quote George Costanza, "I have so little!"

Still, I get to end on a positive note.  For the second straight week, I was the top performer in the Top 25 Pickem.  Joining the pool in week two, I have cut my initial deficit of 19 to 12.  That's a 7 spot gain in 4 weeks, so if I keep up this rate for the final 10 weeks, I'll win by 5.5 games.  Maybe "CBKWitJoinsWeek2&StillWins" wasn't such a bad name for my picks after all. 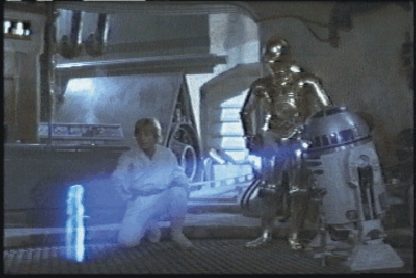 Yahoo Pick'em, you're my only hope.